For the original by Wilson Tosta in Portuguese for O Estado de São Paulo click here.

RIO–No turning back, the death of the Perimetral Highway, made official yesterday with the closing of the last operating section of the track, will change the center of Rio, along with the possibility of more traffic jams. This change occurs amidst the chaos experienced in recent years by Brazilian metropolises, which transport and urban experts attribute to the lack of public planning in the areas of urban development and transportation. 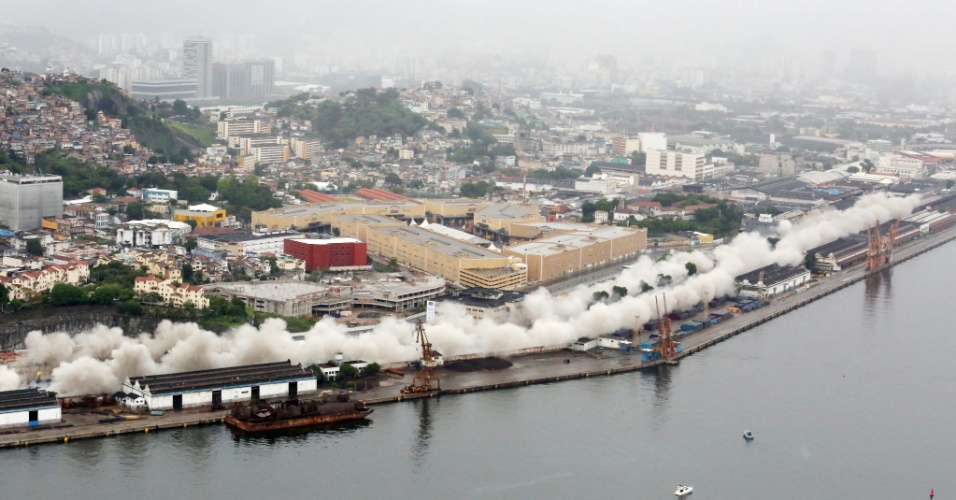 Exacerbated by the explosion of private vehicles jamming streets, encouraged by tax exemptions (IPI) and cheap gasoline, the State’s apparent lack of strategies allows big contractors, real estate developers and bus companies do what they want, they argue. This crisis is deepened by the works for the World Cup and the Olympics.

“Planning and design were discredited at the federal, state and municipal levels. Governments had no permanent study structures, but they were given a lot of money, and managers began to take discretionary actions. One day, the governor decides to build the metro in one direction, and he does. The next, he thinks that having cars in the city center is bad and then bans it,” says the president of the Institute of Architects of Brazil (IAB), Sérgio Magalhães.

The end of the Perimetral, an overpass that spans Avenida Rodrigues Alves which connects the north and south zones of the city, is part of a scenario in which plans change quickly. Its removal was announced months ago, but it was only at the end of 2013 when the city government warned it would bring about more changes than those announced, such as two-way lanes for cars traveling along Avenida Rio Branco, a main road in the city center.

According to the City, to enable this change, a thousand parking spaces will be removed from the region, which will no longer receive 2500 cars per day.

Magalhães notes Brazil has 20 large cities, with about 175 million inhabitants, and two megacities–São Paulo and Rio–but Brazilian law does not differentiate between a municipality with 2,000 inhabitants from one with 2 million.

“Brazil aspires to be a developed and respected country, but is unique in that the contractor hired to do a job controls the project,” he criticizes. “The DRC (Differentiated Contracting Regime) is exactly this. Starting with the World Cup, it went on to health, then to education, and now there is a bill in Congress for everything.” The result of outsourcing to contractors, he says, is that “the cost for any public work becomes exaggerated.”

Professor of the Research Institute for City and Regional Planning at the Federal University of Rio de Janeiro (UFRJ-IPPUR), Carlos Vainer attacks the “abdication of planning” of public transportation by the State, and ceding the responsibility to private sector companies whose aim is to “maximize profits.”

“Especially when the market has become segmented by a multitude of companies,” he says. Like Magalhães, he criticizes the lack of urban spatial planning in the country, handing the fate of Brazilian cities over to contractors and large landowners. Vainer affirms that the works for the World Cup and Olympics are going in the opposite direction of global cities.

“Today, there is talk about dense, compact cities to reduce distances between places of work and home and to reduce the need for transport, so-called ‘smart growth,’” he explains. “But the Olympics and World Cup are spaced apart. They help spread out big real estate projects even more. This is the American model of the sprawling city, which grew to the suburbs.” Vainer acknowledges that it is also common in other countries to have private companies control contracts and public transportation. The peculiarity in Brazil is the absence of social or public control.

The engineer Fernando MacDowell reports that in Rio, the transportation sector was unplanned from 1977, when the Integrated Transport Plan (ITP) was adopted, to 2003 and the first Master Plan for Urban Transport. Among the problems generated by this lack of planning, he points to the 1-A Line of the Metro, linking Pavuna in the northern zone to Botafogo in the south (and already on the original Line 1).

The change, MacDowell says, “froze” Line 2 (which went from Pavuna to Estácio and is planned to go to Praça XV), since it uses smaller trains (five cars, instead of six carriages like the Line 1) which reduces its carrying capacity. He describes being “dead set against” the change made under the first government of Sérgio Cabral Filho (PMDB) by the concessionaire in exchange for a longer lease. “This freezes the ends of Line 1 and Line 2 entirely. Today, Line 1-B has a third of the capacity that the original Line 2 would have had.”

One consequence of this lack of planning, he points out, will occur when the new catamarans arrive to make the connection to Niterói, just across Guanabara Bay. In the past, the intention was that passengers arriving or departing by the sea use the metro, but it won’t be at Praça XV. The solution will be conventional buses, but there are not enough vehicles or space for them.

For the architect and historian Nireu Cavalcanti, “there is no general plan, these are specific issues for which the bus companies decide what should be done in the city.” He finds “absurd” the project of bringing the BRT articulated buses traveling on a segmented route, to the historic center of Rio.

“In ten years, the country doubled its fleet of private cars,” he criticizes. “The way out of the crisis was to encourage the purchase of cars. You can get to all of the historical centers of the world by subway. A crime was committed with Line 4, it had a different trajectory.” According to Cavalcanti, the BRT should be another auxiliary line of the subway. He denounces the consequences of mega-events for the country’s large cities. “They are destroying the historic center of Salvador through real estate speculation,” he says. “The World Cup and the Olympics are destroying Rio.”