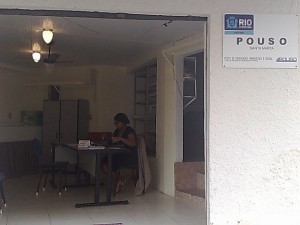 POUSOs, or Urbanistic and Social Orientation Posts (Posto de Orientação Urbanística e Social) were conceived in 1996 by the Municipal Housing Secretariat (SMH) to provide on-site technical support to ensure safety and introduce regulations in favela construction. The city government created these decentralized posts to help integrate favelas into the formal city through urban regularization. POUSOs were introduced in communities where urban interventions had already taken place, specifically those that benefited from the Favela-Bairro upgrading program. The POUSO project was transferred to the Municipal Urbanism Secretariat (SMU) in 2003, becoming subject to the Coordination of Urban Regularization (CRU). Prior to this, SMU had never entered favelas, though their size and numbers were becoming increasingly impossible to ignore as informally constructed buildings offered shelter to 22-24% of Rio de Janeiro’s population. POUSOs were meant to be a temporary presence in communities, appearing in favelas for the amount of time necessary to achieve formality, and complete the transition from unregulated (informal) to regulated (formal) neighborhood conditions.

After a POUSO’s placement within an urbanized favela, several preliminary assessments were made. The community’s physical boundaries and risk areas were mapped. The public parks and its physical features were registered. A socio-economic survey of the residents was conducted along with one for existing community resources and its environment. Finally, a survey of new works in progress was also performed in order to preserve existing public spaces and produce constructive technical guidance through daily rounds of inspection and home visits. 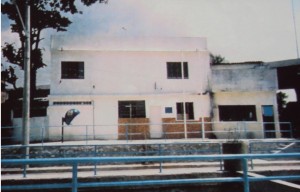 In its inception, POUSO was an educational branch of the Favela-Bairro upgrading program, intended to alter the behavior of favela residents in relation to the spaces in which they lived. These offices were staffed by an architect or engineer, a social worker, and at least two community agents to attend to a handful of roles. Decree “N” No. 15,259 describes POUSO’s duties: “preserving public space, maintaining the alignment of streets, slopes and staircases, providing guidance to avoid areas of risk for new construction, controlling horizontal and vertical community growth, and connecting with other agencies to ensure the presence of municipal services.” After POUSO’s reassignment to SMU, the posts expanded their responsibilities to include standardization, licensing, and inspection. They ensured the maintenance of new urban equipment, established construction and building standards, and offered residents technical guidance on home renovations. POUSO also offered residents “Habite-se” permits, an occupancy document certifying that the construction adheres to formal standards, facilitates the attainment of property title, allows the property to be inscribed in the General Property Registry (GIR) and be legally sold. Such a document increased the legitimacy of the resident’s presence on a plot of land. 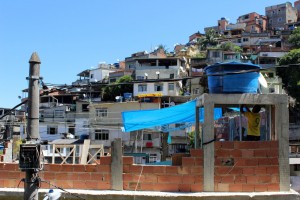 For example, occupancy permits were successfully achieved in the Fernão Cardin and Quinta do Caju favelas in the North Zone by some 15,000 residents. POUSO also legalized twelve hundred logradouros, or communal public spaces, in thirty-two favela communities. In a study comparing the urban situations of communities between 1999 and 2008, it was discovered that favelas with POUSO stations grew six times less horizontally than those without such offices. Communities with Favela-Bairro programs but without any POUSO offices increased twice in size. Thus urban improvements and growth control were to some extent achieved. Further, a main benefit of POUSO was the residents’ involvement in the process of regularization, due to its intention of being a democratic management practice, explains Tania Castro, architect and POUSO coordinator. Due to these successes, in December of 2005, POUSO received the Medellín Regional Award on Best Practices at the 1st Latin American Competition, organized by the Habitat Foundation of Colombia, in partnership with the city of Medellin and the Ibero-American and Caribbean Forum on Best Practices.

Despite this, however, the program has been severely limited in its ultimate impact. The widespread nature of the program made it difficult to sufficiently monitor its effects over the years. Its effectiveness in some locations was often tempered by poor performance in others. The program was weak and underfunded due to lack of resources based on the small structure of the CRU. The contract of community agents, under the responsibility of the SMH, ended in 2007 and was not renewed. Further, social workers were relocated to Health Centers for the City government in 2008 and did not return to POUSO.

At its highpoint there were POUSOs in 61 out of 1,023 existing favelas, reaching 58,000 households and 250,000 people. As one of few generally positively-perceived programs in favelas, the program’s decline has let many down. Guidance of construction practices is an important and useful public service to support and ensure safety given the DIY nature of favela development.