This December, Cerro Corá, a favela located next to Christ the Redeemer in Rio’s South Zone, launched the Cerro Corá Community Library. The initiative was led by Cerro Corá Residents in Movement, a group formed by young favela residents, supporters and activists.

Despite lacking a headquarters, funding and registration as an official organization, since 2012 Residents in Movement has carried out a range of activities from clearing garbage to creating a community museum. The group typically uses the Residents’ Association’s space as well as public spaces on the hill.

One of the group’s aims is to document and preserve community memory, and it conducted an inventory of existing photographic records. Many residents donated family photos for reproduction. The resulting product was the “Memories of Cerro Corá” project, a pilot of the community museum the group wants to create on the hill.

In addition to the memories project, Residents in Movement has been working for almost two years to establish a community library–receiving book donations, evaluating the donated materials, and sanitizing and cataloguing books. The cleaning and cataloguing processes are ongoing. The library space was recently renovated by the group and it is expected that the cataloguing service and book borrowing system for residents will be up and running sometime during 2015. Since members of the group have no formal training in library science, some are participating in training workshops run by Conexão Leitura (Reading Connection), which functions as a network for community libraries. 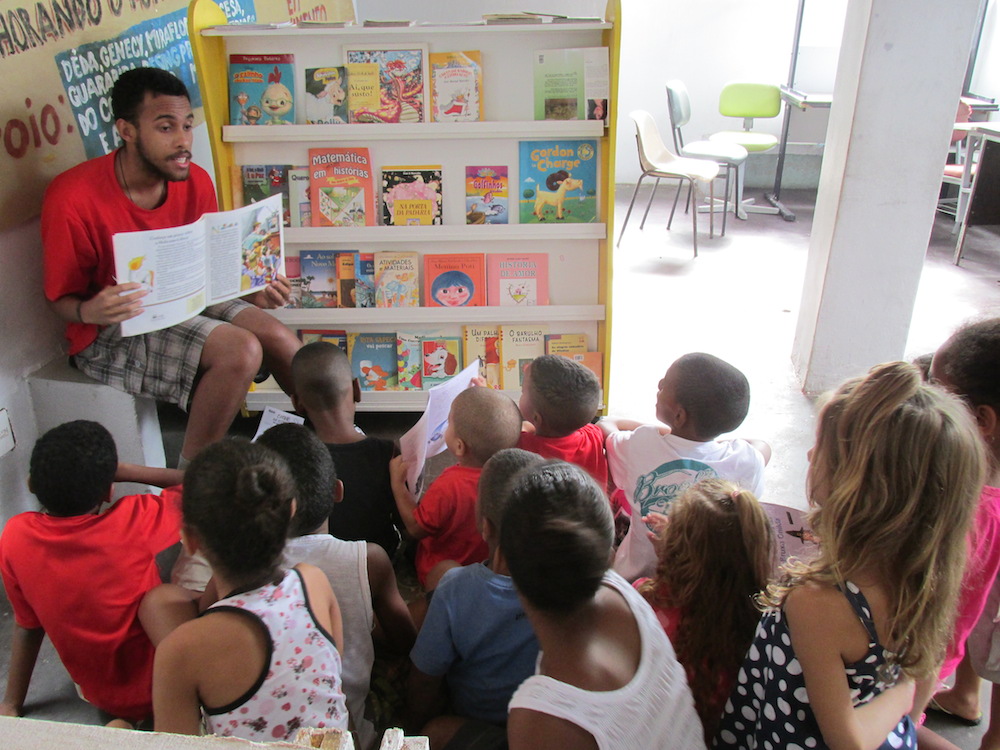 Over the last two years, Residents in Movement has held reading afternoons with storytelling and painting for children, who are the library’s biggest fans. And although children constitute the library’s most frequent visitors, there are also reading afternoons for older residents. At one event participants read excerpts from Child of the Dark (1960), by the writer Carolina Maria de Jesus. Dona Antonia, a 63-year-old resident of Cerro Corá, was touched by the story of the ex-waste-picker turned writer:

“I found her love beautiful, the way she looked after the children,” noted Dona Antonia. “[The children] have to take good care of their mother. I don’t think she’s alive anymore… is she still alive?” 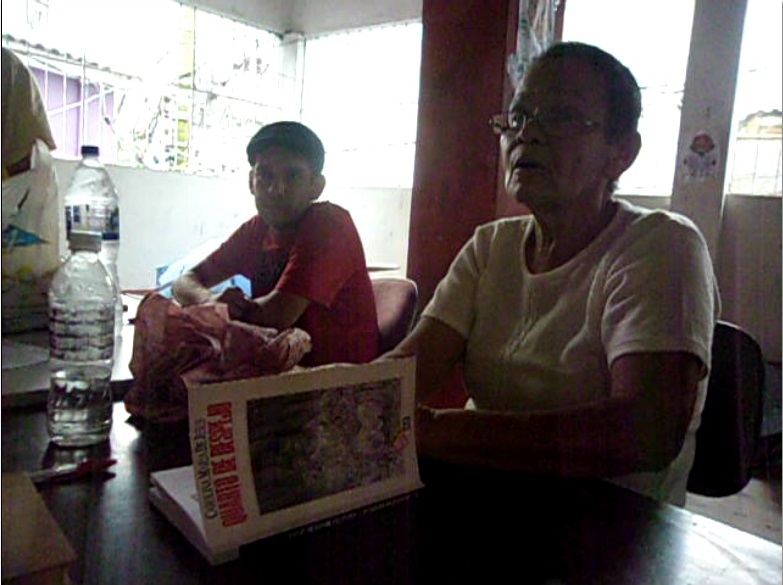 Dona Antonia, like many favela residents, had not previously heard the story of Carolina Maria de Jesus, whose 100th birthday took place this year.

On December 20, the official opening of the community library included several activities: storytelling, painting, games, film screenings and an exhibition of “Memories of Cerro Corá.” Mariana Aquino, 26, resident of Cerro Corá, was thrilled to recognize her brother in one of the exhibition photographs. She said her brother, Demetrios, was murdered 14 years ago and her family has no picture of him.

“The only picture I have of my brother is a 3×4 and it is already fading,” said Mariana. “It moved me a lot to remember his face, his color… it was very good.” Mariana wrapped up her visit to the exhibition by requesting a copy of the photo of her brother.

In these times of memory expanding through digital tools, Mariana’s testimony reminds us that it wasn’t always that a majority of favela residents had easy access to phones with cameras. Before this technology, both the camera and the development of film were expensive and rarely accessible to the working class. In this sense, the “Memories of Cerro Corá” exhibit underlines the cry that the “favela has the right to memory,” and affirms that preserving local history is a means of strengthening the emotional and identity-based ties of residents to their territory.

Another initiative of Residents in Movement is Cine Morrão, a series of film screenings and discussions with residents of a diverse age group. On December 6, 2014, the group screened the film O Estopim. The film recounts the disappearance of the bricklayer Amarildo from Rocinha in July 2013, and critiques Rio’s state government’s public security policies and the implementation of the Pacifying Police Units (UPP) in the favelas. Cerro Corá, which has about three thousand residents, received its UPP on June 3, 2013.

Learn more about Residents in Movement and the “Memories of Cerro Corá” exhibition on Facebook.