On December 26, Vila Autódromo hosted the Liberators’ Cup (Taça Libertadores da Vila Autódromo), a football tournament to celebrate the community’s continued existence and resistance, despite recent intensification of pressure from the City. The event continues the #OcupaVilaAutódromo campaign, a series of events, including the recent cultural festival, to bring people to the community in support of residents. Through this campaign, residents aim to show the community is not abandoned and give visibility to the struggle against evictions, asserting that “Vila Autódromo lives, exists and resists.” 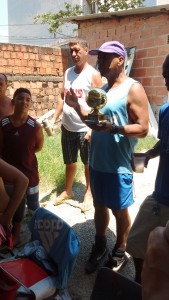 Four teams of five players each participated in the competition: Pelada da Esquerda FC, Radical Contra FC, Remo(vidas) and Vila Autódromo. A scattering of spectators and a few teams with substitutes meant around thirty-five people attended the event. The atmosphere was friendly and relaxed, with plenty of time for socializing in the much-needed drinks breaks. After a round robin, Pelada da Esquerda FC beat Radical Contra FC in the final to claim the trophy. The tournament was followed by a barbecue prepared by the community, rounding off an enjoyable event with further opportunity to relax and socialize.

Before awarding the trophy, Luiz Claudio Silva, a resident of the community for 23 years and one of the organizers of the event, spoke about the community’s continued struggle to exist in the face of evictions and threats from the City. He said that events such as this are important not just to show the world that the community is vibrant, but also because “this struggle encourages us, because we feel that we aren’t here alone and we aren’t abandoned.” This sentiment was reflected by the players who came—Miguel, of the Remo(vidas) team, said they had come to “play football and celebrate this year of resistance” by the community. Lucas, of Radical Contra FC, praised the atmosphere at the event, saying “we are very well received in these places.” 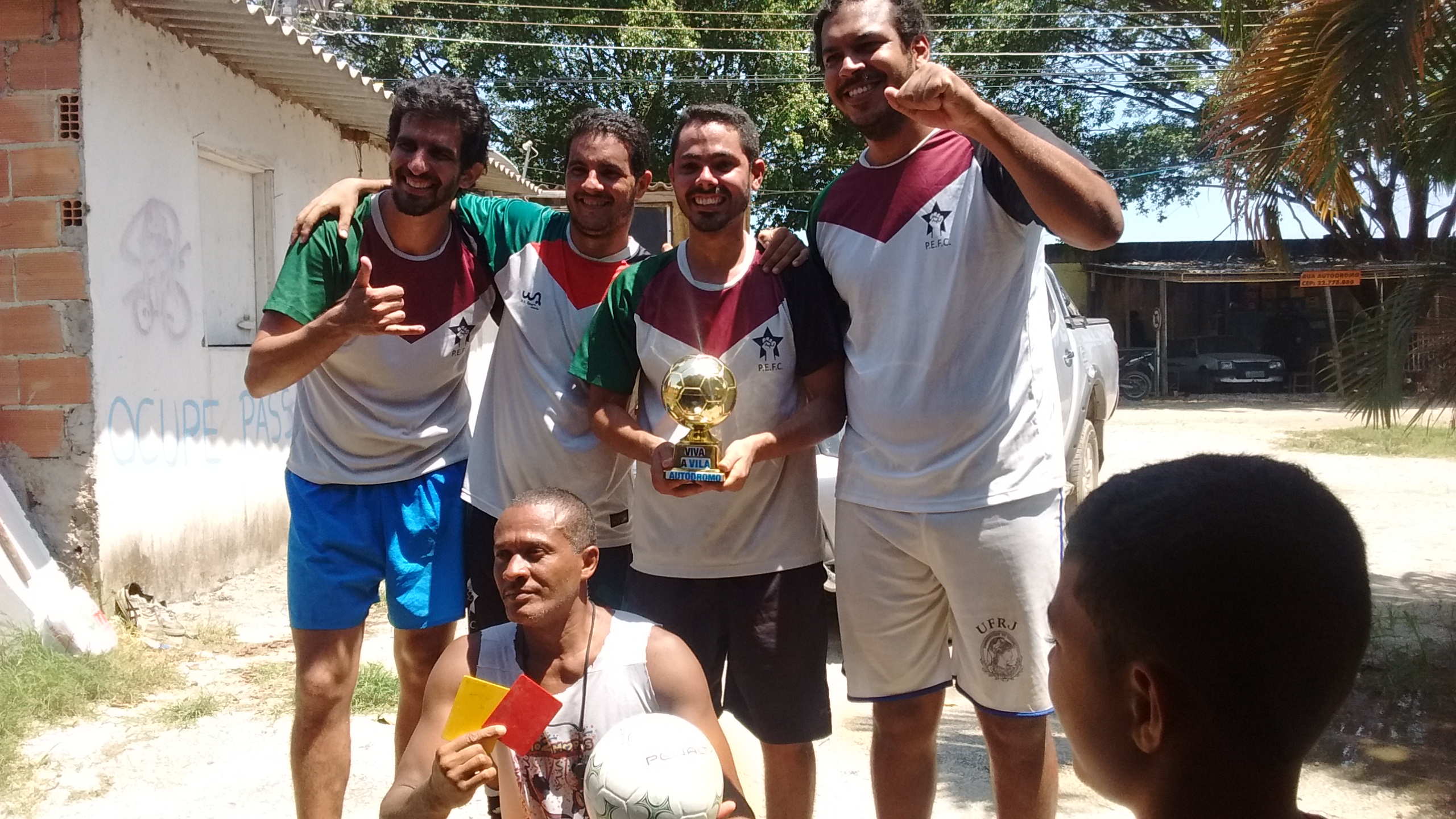 This event is reminiscent of growing global ideas around football for development and punk football, both of which focus much more on participation, inclusion and enjoyment than on competition, exclusivity and victory. Teams like Pelada da Esquerda FC and Radical Contra FC are organized for this form of football; Lucas explained “the team was created with the intention to be on the political left.” This is a different way of doing sport, challenging the highly professionalized Olympic Games which will descend on Rio in August. Instead of focusing on the profit margins and eye-watering salaries of professional sport, the focus is instead on enjoyment and camaraderie both within and between the teams.

As studies repeatedly show that hosting mega-sporting events has little or no impact on long-term trends of physical activity in a population, the International Olympic Committee should refocus on participation and enjoyment instead of allowing its “Exclusion Games” to be used as an excuse to force communities like Vila Autódromo out of their homes.

Luiz is already excited about organizing a second tournament in the community, because people reported enjoying the games, the food, the drinks and above all the socializing. The football pitch remains in a part of the community which the Mayor has repeatedly said will not be removed for the Olympic Park being built next to the community. However, threats from City officials continue to pressure the remaining Vila Autódromo residents to leave. Whether the Mayor makes good on his long-standing promises of permanence to the community remains to be seen.

Watch footage from the trophy ceremony and football tournament here: