Last week marked five years of Studio-X in Rio, a partnership between Columbia University’s Graduate School in Architecture, Planning, and Preservation (GSAPP) and the City of Rio de Janeiro. According to the Studio-X Rio website, the research lab is “particularly interested in how cross-cultural, cross-disciplinary, and cross-continental exchanges can affect and inform each other when facing the ongoing urban transformations of the city, the country and Latin America.”

To celebrate five years in Rio, Studio-X hosted two exhibitions including “Fight, Occupy, Resist: The Housing Alternatives of Social Movements,” which addresses the past, present, and future of public housing in cities across Brazil, including innovative grassroots practices such as urban occupations. The five year celebration also included a lecture series, featuring an overview lecture on social housing in Brazil and a roundtable on urban occupations.

On Wednesday, March 16, Professor Nabil Bonduki gave a comprehensive lecture on the evolution of social housing in Brazil since its inception. Bonduki, a professor of Architecture and Urbanism at the University of São Paulo (USP), and Municipal Cultural Secretary of the City of São Paulo, authored The Origins of Social Housing in Brazil, first published in 1998 and now in its sixth edition. However, he resolved to write his recent Pioneers of Social Housing in 2014 when he kept hearing from people that “it seems like social housing is a thing that used to work, but no longer does.” 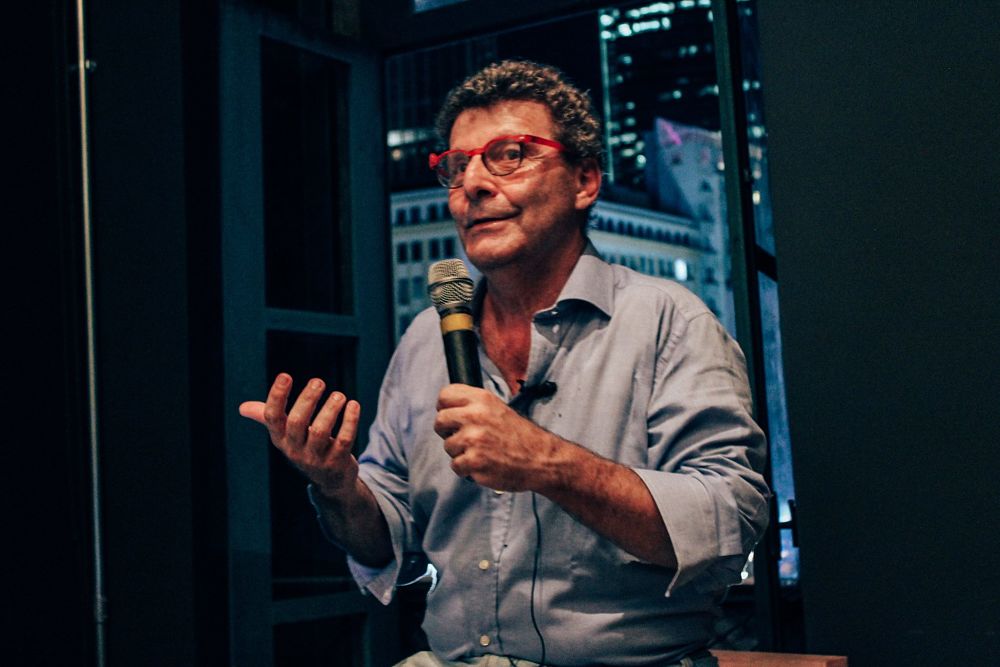 Bonduki’s talk walked through four key periods in social housing in Brazil, and followed up with a discussion of 21st century dilemmas.

The first period was through 1930, up until the beginning of Getúlio Vargas’s presidency, when affordable housing was left to the private sector and not considered the State’s domain. This period was characterized by a rentier economy, where the government’s principal intervention in the housing market was to provide sanitation for the upper classes.

The second period was from 1930 to 1964, which Bonduki considers the origins of social housing as the State began to intervene in housing “to protect the worker,” considering housing a public service. During this period, the State instituted rent controls and tried to come up with solutions for the growth of the informal city.

The third period was from 1964 to 1986, where the State began to structure the financial system for housing with the creation of the National Housing Bank (BNH).

The fourth period was during the democratic transition, from 1986 to 2002. During this time there was a financing crisis with the dissolution of the BNH. In the wake of this, municipal governments began to take on housing policy more actively, and more creative solutions began to arise.

Finally, the current period from 2003 to the present sees a recovery of proactive federal housing policy, particularly with the Minha Casa Minha Vida (MCMV) public housing initiative launched in 2009.

The discussion covered not just different kinds of state intervention, but also the many kinds of physical structures present over the course of Brazil’s social housing history. These include tenement houses (cortiços in Portuguese, literally beehive), many of which were forcefully evicted early on or have since been upgraded; factory worker villages (vilas operárias) created by employers as an employment benefit, but also as Bonduki pointed out, to exert “moral and political control”; and housing projects (conjuntos habitacionais) built by the government.

Bonduki concluded his discussion with an overview of what he sees as “21st century dilemmas.” Amongst these, he listed the tension between quantity and quality, particularly visible in failed MCMV projects due to poor quality construction materials. (Bonduki also cited some successful MCMV projects, such as Osasco in São Paulo and Belém in Pará.) Another dilemma he highlighted is the struggle for land and fair urban policy, which can be seen in political struggles in favelas and other settlements fighting for their right to remain, such as Vila Autódromo.

Bonduki also discussed urban occupations as an example of this struggle, and was especially emphatic on the need for participation and self-management in housing projects. He gave the example of one occupation where residents have gained the rights to stay, but will be removed for centralized renovations, when he believes a more effective solution would be to give each resident financing for the improvements of their apartment, avoiding temporary removals. He was quick to note that participation and self-management of urban housing projects requires civic engagement of residents, but also requires supportive City government and public policy in order to move forward.

On Thursday, March 18, the events celebrating five years of Studio-X continued with “Fight, Occupy, Resist,” a roundtable on social movements’ squatter occupations. Participants included Lurdinha Lopes, coordinator of the Rio chapter of the National Movement for the Fight for Housing (MNLM); Ticianne Ribeiro de Souza, architect and urban planner who worked with the MNLM on the renovation of the Manuel Congo occupation; Alejandro Castro Mazzarro, coordinator of the LatinLab at the Columbia Graduate School of Architecture, Planning and Preservation (GSAPP); and moderator Pedro Rivera, director and curator of Studio-X Rio since 2011 and partner at architecture firm Rua Arquitetos.

Lopes of the MNLM explained the simple logic of the squatter occupations, trying to address the “paradox of empty space without people, and people without spaces,” or “the quantity of public and private properties that are empty while thousands of families do not have a way to pay their rent, or live three or four hours from their work.”

She went on to explain that squatters are “conducting an experiment with their our own lives,” and that it is far from easy. As she put it, the squatters grew up with capitalism like the rest of the population, and enjoy their privacy. And not only are the squats challenging due to the nature of occupation, but because of the external resistance they face. In Ribeiro de Souza’s words, the squatter occupations face both “structural resistance,” and the public “ideological resistance of ‘I don’t think this should be done.’”

Much of Ribeiro de Souza’s comments highlighted her experiences with the broken promises of public officials, both in her work with squatter occupations and with favela upgrades. According to Ribeiro de Souza, public works, together with the billboards that promote them, are often more about garnering political support than about actually transforming urban space: “Trying to do a project is a fight with public agencies, because in reality they aren’t interested in doing projects, they are interested in saying that they will do a project.”

Ribeiro de Souza explained that this has been particularly challenging with the Rio city government, explaining that she could often only get a reply from a representative there when federal agencies were copied in on emails. Castro Mazzarro pointed to this as a reason why city government support for more bottom-up projects “has to be legislated, it cannot just be case by case.”

The roundtable participants spoke to the idea that the role of architects must go beyond design and blueprints in order to create a city that works for all. As Rivera of Studio-X said, speaking to the philosophy of the center, architecture “is a very hybrid discipline… it covers politics, it covers design, it covers communication. Communication is connected to education… very much in the sense of demystifying and giving transparency to that which social movements seek.”

Lopes spoke from the movements’ perspective, saying she is not impressed with the software on an architect’s computer, but instead with “an architect that dreams about the person who is going to live in a house… with whether that person will be able to find a job walking out of the house.”

Ribeiro de Souza’s experience has very much been focused on working together with communities. She explained that “there are architects who see social housing as a new market and teach their students that they are the makers of the city,” but contrasted that to her philosophy of partnership with movements who are not just “new customers,” but have vision of their own.

When asked about the MNLM’s vision for the future, Lopes indicated that it is important to remember that these movements do not want to be squatting forever, and instead want true collaboration from local governments on housing: “cutting the lock is the fun part, but remaining is very hard.”

The exhibition “Fight, Occupy, Resist: The Housing Alternatives of Social Movements” will run at Studio-X Rio at Praça Tiradentes 48 until May 14, 2016. For more information see the Studio-X website.