On Thursday July 14, the Popular Committee on the World Cup and the Olympics chaired a debate on the impact of increased police presence in Complexo da Maré on favelas and communities. Taking place in Museu da Maré, the debate’s speakers included prominent community figures from Maré and was chaired by Gisele Tanaka of the Popular Committee who reminded the audience that while the Olympic Games depend on public spending, its priorities do not always reflect “public interest.”

The debate focused on the disruption to basic services including education and transport due to an increased number of security operations taking place in Maré over the last few months. Personal safety is also an issue: reports indicate that citizens have been caught in crossfire or hit by stray bullets during Military Police operations in their local residential areas. Antônio Carlos Pinto Vieira, director of the Museu da Maré and local resident, said, “This kind of police presence doesn’t just have a financial cost but a social one too, and that comes as a sacrifice to residents.” 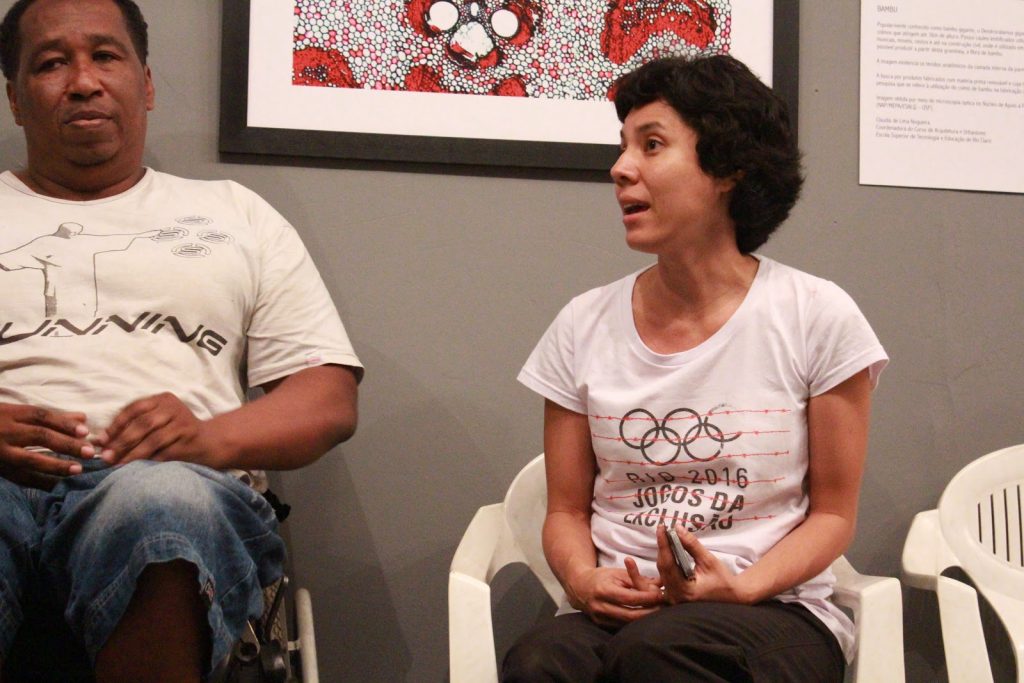 Gizele Martins, Maré resident and community journalist, argued that after a decade of mega-events hosted in Rio de Janeiro, the most tangible change to the city is the increased repression of residents in the name of public security. Speaking about heightened security before the 2014 World Cup, Martins said residents were left asking why police presence had been prioritized over any other requests from residents to improve the area. “What did we do to deserve this war? Why don’t we deserve an education? Why don’t we deserve healthcare?”

Luiz Lorenço, a researcher at Rio de Janeiro Federal University’s Urban and Regional Planning and Research Institute and a teacher in Maré, said “the biggest effects of the current security operations in Maré have been on education,” with police operations closing schools during working hours since 2013 and intensifying in the last three months. “I gave one class with blood in the doorway. How can young people study in this environment? These are physical and psychological violations.” 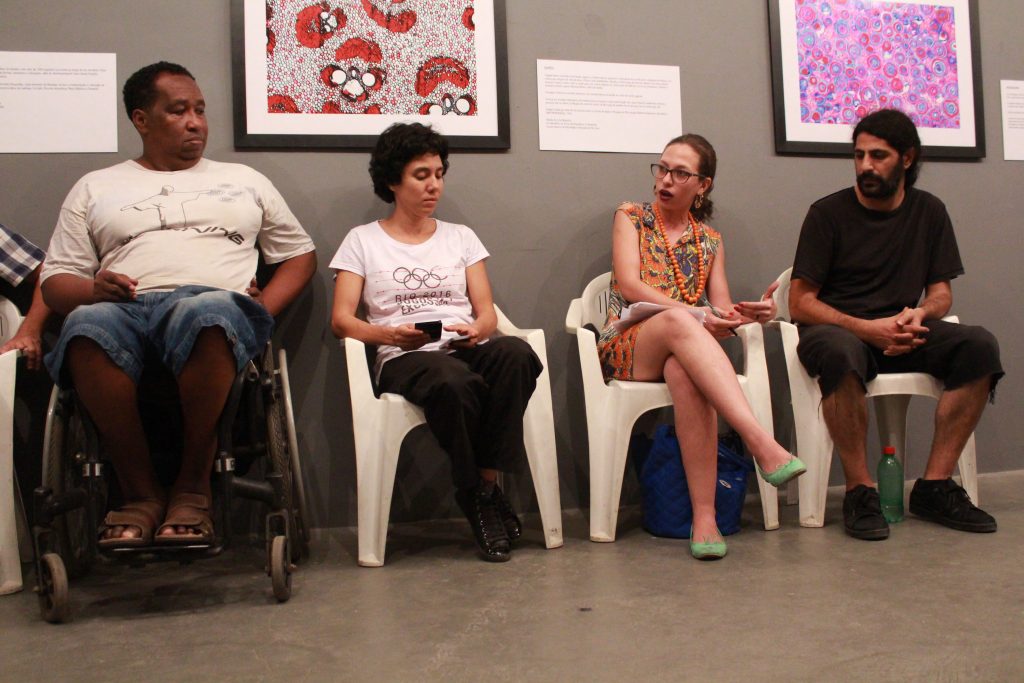 Transport is another essential part of daily life that has been adversely impacted by security operations, according to Maré resident and photographer Bira Carvalho. “It’s now much more difficult to go to the mall in Leblon or to the beach,” he said. “Lots of people are afraid.” Vieira also argued that the Avenida Brasil bus route is a lifeline for many Maré citizens to get to work, and that police operations such as the one that closed the road and left motorists sheltering behind their vehicles on Saturday July 17, render the Olympics “the exclusion games.”

Lídia Felix Silva, a student at Rio’s State University (UERJ) and local resident, argued that security deployment in the favelas privileges some cultures above others. “Our funk and our music isn’t culture, but funk in the South Zone is culture and everyone dances. But when these things happen in favelas, it is something wrong.”

Monique Cruz, Manguinhos resident and researcher at Justiça Global, also argued that heightened security was “a strategic repression of a population which is black, is poor and is in the favelas.”

Hasan Zarif, a second-generation Palestinian refugee in Colombia and co-founder of United Front for Refugees and Immigrants, argued that the “fragmentation of space” in Rio de Janeiro as a consequence of increased security is comparable to the police control towers used in contemporary Colombia. “Spaces in Rio are fragmented by the Pacifying Police Units (UPPs),” he said. “It’s a form of segregation.”

Public spending in Maré prior to the Olympic Games has largely concentrated on security: one 2015 report shows that the amount spent on security in Maré over the last six years is double the funding received by other areas of social spending such as local education and the creation of family clinics. A second report, also released in 2015, revealed that the number of military personnel employed in Maré since the military occupation began in 2014 is equal to 85% of the military force utilized in peacekeeping missions in Haiti post-earthquake.