Directed by Kátia Lund and Lili Fialho and produced by Luis Lomenho, the film Jongo Fever, (Portuguese title Assó! Adorei o Jongo) evokes the magic of dance, music, and culture of the Afro-Brazilian practice of jongo. Part of Rise Up & Care’s Festival Reimagine Rio, the documentary tells the story of the art and femininity of jongo. On Saturday, August 13, the film was premiered in the Casa do Jongo da Serrinha in the Serrinha favela in Madureira in the North Zone of Rio de Janeiro, the very place where the film was made and where jongo culture has been preserved over the last 50 years.

Jongo, a traditional Afro-Brazilian dance always accompanied by the beat of drums, “became pregnant in Angola and was born in Brazil,” according to a traditional jongo chant. When it was first practiced by former slave communities known as quilombos, it was often associated with spiritualism and was exclusively practiced by the community’s elders. In the Serrinha quilombo, the male-dominated drumming practice changed when Mestre Darcy, one of the longtime leaders of Jongo da Serrinha, let Luiza, current general coordinator of the organization, play the drums. After opening up the world of jongo to women, he started passing on the culture to the children of the neighborhood. “I persist because I know this culture will not die in Serrinha,” Darcy says. 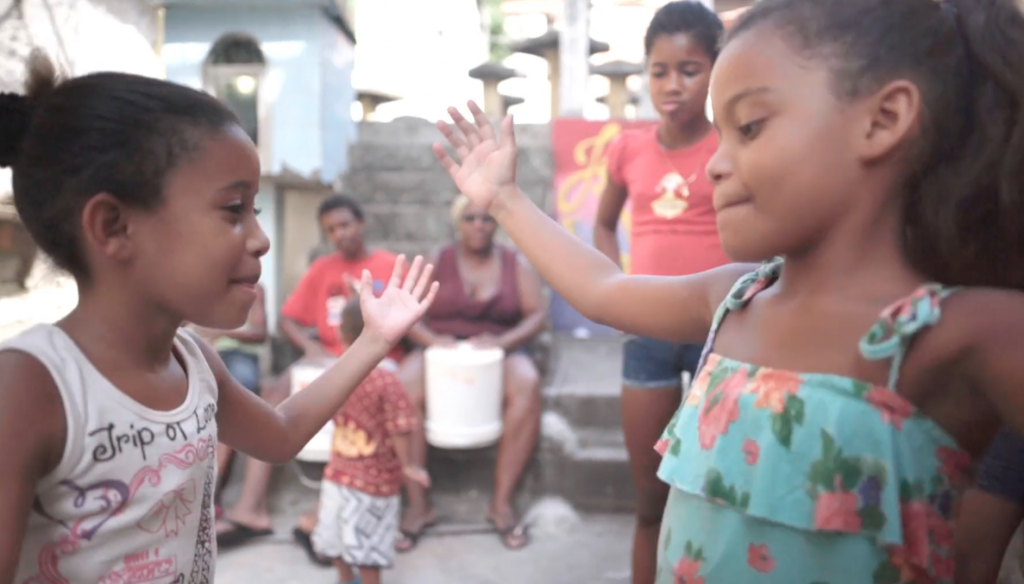 Jongo Fever follows Serrinha’s children in their jongo classes and features interviews with the community’s jongo teachers. Suellen, for example, calls herself a “guide” rather than a teacher–she says she helps the children live rather than learn. For her, jongo is a way of life. She speaks of its importance as a communicative tool during the era of slavery, an aspect of jongo she believes is still important today for residents of Serrinha.

Over the years, the culture and art of jongo has suffered strong prejudice. In a country where racism is still prevalent, spiritualistic Afro-Brazilian religions such as Candomblé and cultural practices like jongo are often highly stigmatized. “When people see black people and drums, people see witchcraft,” says Suellen.

The women of Serrinha have actively fought against this racism and religious hate. For many of them, jongo is a cultural rather than specifically spiritual practice. Tia Maria, one of the oldest leaders in the community at 95 years old, is herself a Catholic. Luiza strongly opposes the stigma against jongo, saying percussion and drums have always been around, and were even present before our birth in the form of our mother’s own heart. 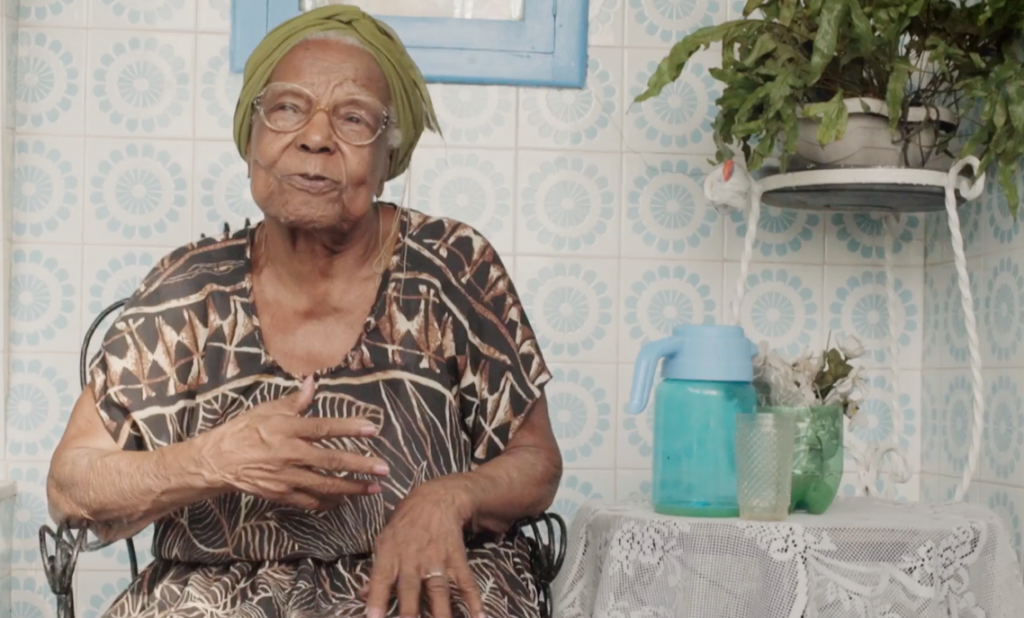 Featuring the group’s soulful voices singing Jongo da Serrinha’s most famous songs, Jongo Fever takes viewers on a journey through the history of a culturally and historically loaded art form. “Pisei na Pedra,” translated to “I stepped on the stone,” is one of the most well-known songs among Serrinha’s children. Written by Mestre Darcy, the song evokes and calls for ongoing cultural resistance: “Levanta meu povo / Cativeiro se acabou” (“Stand up, my people / Captivity has ended”).

The filmmakers from Cinema Nosso and Jabuti Films have taken the strength and beauty of jongo and transposed it directly into their film. The importance of the movement and the dedication of the women of Serrinha is captured with great sensitivity and depth, and is an important documentation of a significant Afro-Brazilian cultural practice both for those involved and for a general audience. 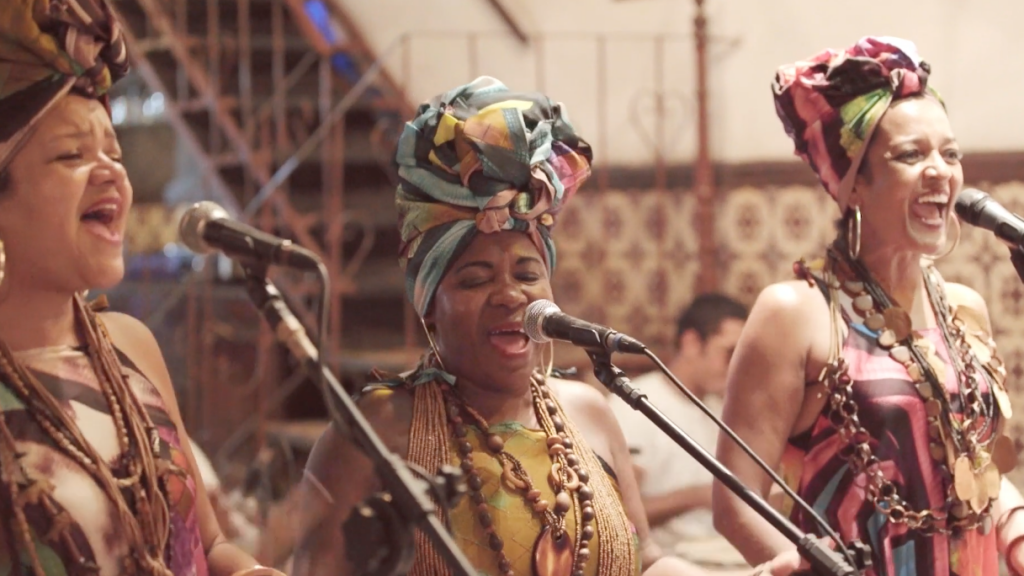 “For me it is very important to see this film in cinemas so that people who don’t know about it yet can learn about jongo. They can come and get to know our house so that we can pass on this culture, so that people can see, for kids too–that was the wish of my grandmother and uncle, to pass on this culture to kids and to those who didn’t know about it,” said Deli Monteiro, current director of Jongo da Serrinha whose grandmother and uncle were founders of the group, following the film’s premiere on August 13.

Suellen, who also attended the premiere, said the experience of participating in this film was unique and allowed her and other participants to see themselves, and their community, as the protagonists. “This space, which is also a marginalized space in the periphery… also has many good and positive things,” she affirmed.