The original Portuguese version of this article was published in Revista OCAS, a print publication supporting Rio’s homeless population by the Civil Organization for Social Action (OCAS).

In 2015, the Rio de Janeiro Municipal Development Secretariat made a promise in the newspaper O Dia: “By March 2016, homelessness in Rio will no longer exist.” Various actions taken by the government–particularly in recent months–demonstrated that they aimed to take this promise seriously, taking people off the streets in time for the start of the Olympic Games. In practice, what does this mean?

Actions taken since 2009–before the arrival of the World Cup–were already indicative of the policy adopted by the State. From 2009, the so-called “Shock Order Operations” started. Amongst other methods, these operations focused on rounding up the street population, especially from the most prime locations, and sending them to municipal shelters on the outskirts of the city. Beginning early this year, warm-up events increased the arrivals of tourists, athletes, and international reporters. Alongside this influx of visitors, one could really feel the gradual “disappearance” of homeless people in the main areas of the city of Rio de Janeiro.

Such operations are hugely criticized as being a form of social cleansing and for the inhumane treatment of social service users, highlighting episodes of violence and unsanitary, overcrowded shelters. 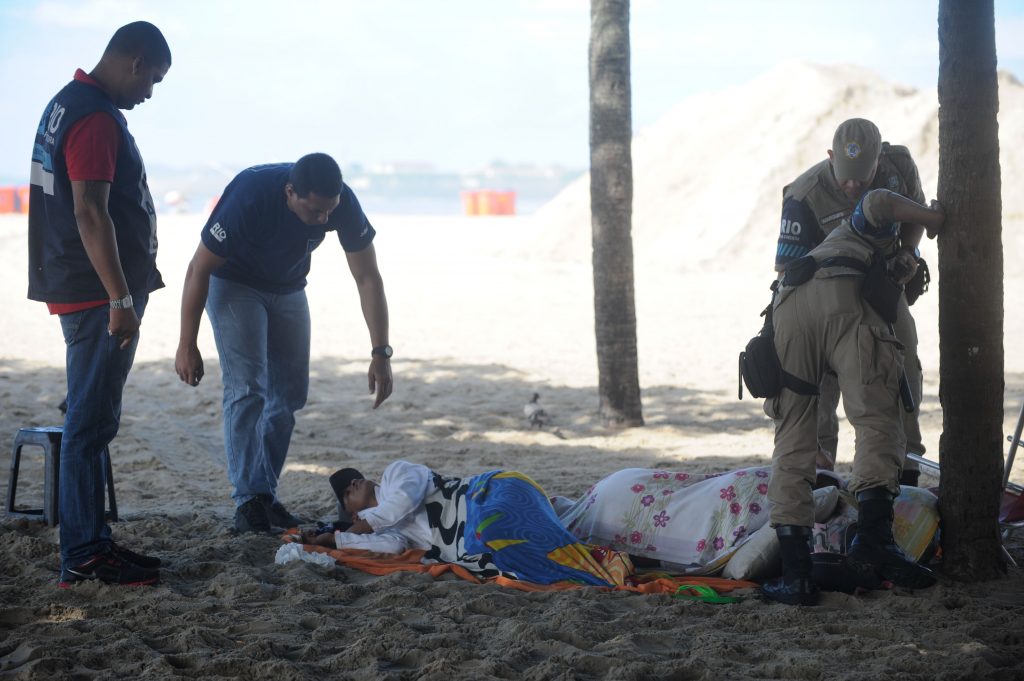 This phenomenon is not new in the city, especially when we recall the other mega-events that have happened in Rio de Janeiro. The announcement of Queen Elizabeth II’s visit to the city in the 1960s was accompanied by a movement commonly known as “Operation Hunt the Beggars.” More recently there was the 1992 Earth Summit, the UN Rio+20 conference in 2012, the Confederations Cup in 2013, and the World Cup in 2014 all sharing similar methods in treating the homeless population. Various statements were made between 2012 and 2014 to the Center for the Defense of Homeless People’s Rights, no longer in operation, which recorded serious incidents, especially forced removals.

The historic inhumane conditions of social service spaces must be remembered, and the feeling of fear and indignation they have engendered in this sector of the population. As a consequence, the largest public shelter was shut down and there is a major need to adjust the behavior of the Military Police, Municipal Guard and the Department for Public Order.

The “combat” against the homeless population doesn’t only happen through the forced collections carried out by the State. Commercial enterprises and neighborhood associations–that generally put pressure on the State to take these people away from their neighborhoods–gained an ally: they have recently come to be offered diverse private services with the objective of “inhibiting the presence of beggars and vagrants,” as reported in the newspaper O Globo on April 12, 2016. Vulnerable, stigmatized and persecuted, the street population which has already suffered from the inconsistency of social services now faces new systemic violence from private initiatives. 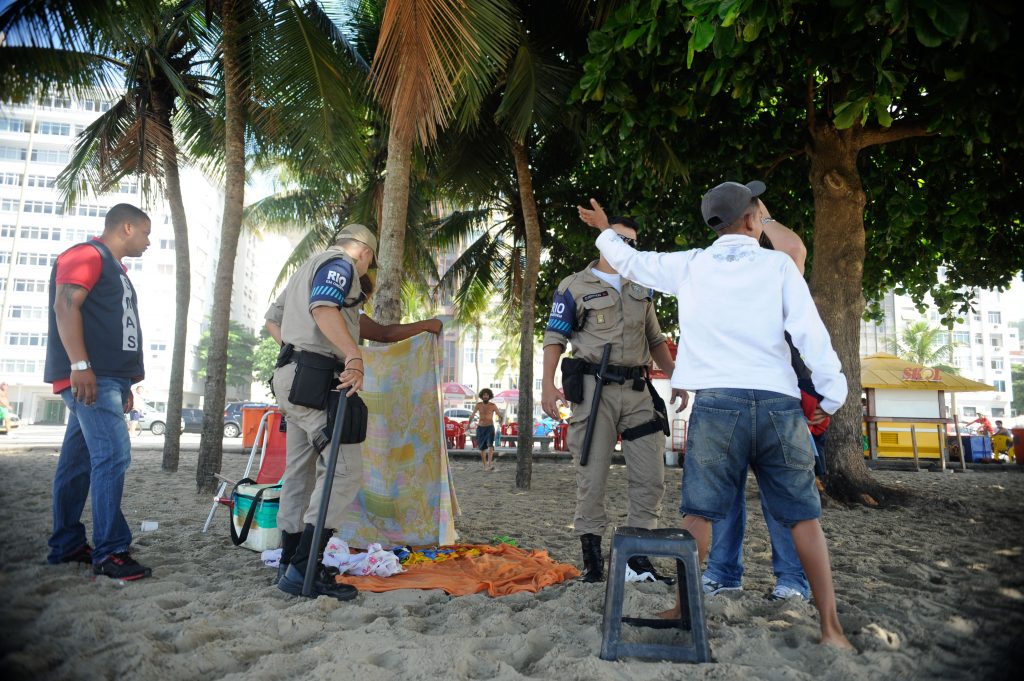 Another less aggressive but equally violent method has emerged. Aid services in central Rio, like those developed by the Reference Center of Homeless People on Rua Barbara Calazans and NGOs and philanthropic organizations, are increasingly being undermined.

The result of this is one alone: physically persecuted and lacking assistance from organizations that have traditionally been able to offer some form of support, people on the streets are increasingly “pushed” out to the peripheries of the city. In a time marked by the huge socio-political and economic crisis in the country, the debate about an Olympic spirit of peace and solidarity seemed completely distorted. Everything’s been done so that those coming for the Olympic spectacle aren’t bothered by the presence and appearance of homeless people. This section of the population probably won’t be able to interact with everyone else in public spaces, spaces that have diversity, coexistence and tolerance as their basic principles.

And so, instead of fulfilling the goals of the National Policy for the Homeless Population, unsustainable solutions are undertaken to temporarily satisfy a global image. In reality, the fact we cannot see a presence of homeless people in public spaces does not mean they do not exist. Far from view, the inequalities–as representative of Rio de Janeiro and the rest of the country as the Christ the Redeemer statue or Copacabana beach–continue to exist.

Igor Robaina is a lecturer at Fluminense Federal University (UFF) and Katharina Schmidt is a docent at the University of Hamburg, Germany. They have carried out research studies into the geographies of the homeless population in Rio de Janeiro.