A group of Afro-Brazilian women have been getting together at the Bela Maré Warehouse in Nova Holanda, Maré favela in Rio’s North Zone, to participate in Saturday morning graffiti workshops, an initiative of the AfroGrafiteiras project, which is building a network throughout the city for black feminism through street art.

The project came to Maré after training 30 black women in different parts of the city in 2015. Those selected had the opportunity to administer graffiti classes through the Redi Nami. Viviane Laprovita, 26, was one of them: “I chose Maré because of the relationship that I have developed over the last few years with the area. And mainly because I didn’t find graffiti initiatives. The core idea is to teach more, we want them to learn to be managers and develop this practice into work.” 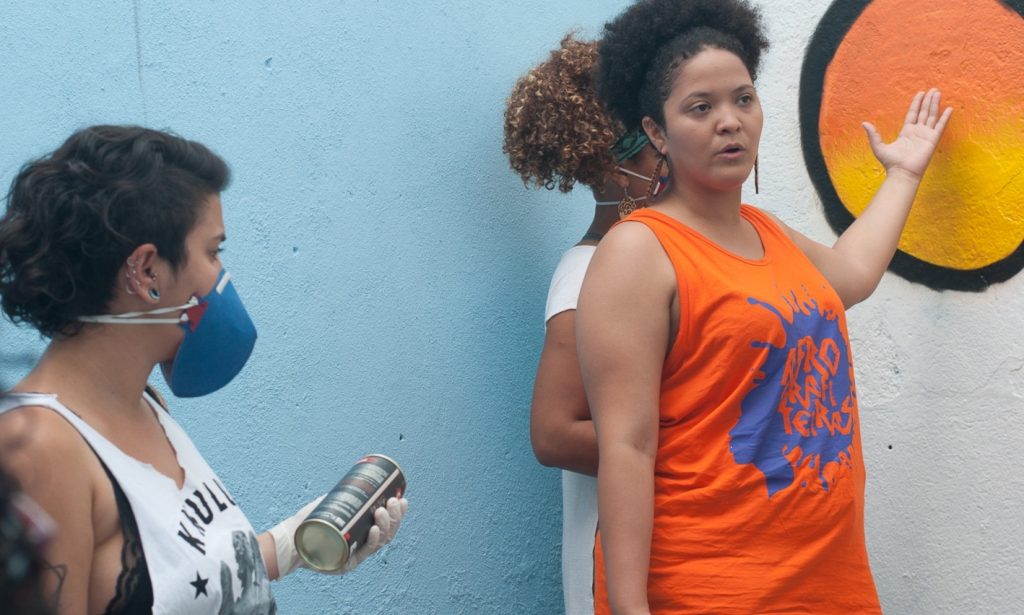 Viviane has a degree in social communication, but is currently studying visual arts. At the same time, she is doing an art project titled VV which displays the interaction of two black bodies. “What motivated me to be in this universe is the fight for representation and identification.” Involved from early on with the hip hop movement, she always had an interest in graffiti, art which she perceived but found only men presented. This was yet another reason to become a part of the movement.

Respect in diversity, women’s autonomy and partisan independence are some of the values defended by Rede Nami, which believes in female power as social transformation, and so creates ways to offer tools to transform the reality of Afro-Brazilian women.

The AfroGrafiteiras project was conceived to mobilize female leadership in urban culture and transform them into artists. Close to 25 women from Maré are benefitting from the current edition, among them children. The theoretical and practical classes have been taking place since October and are still accepting new members. 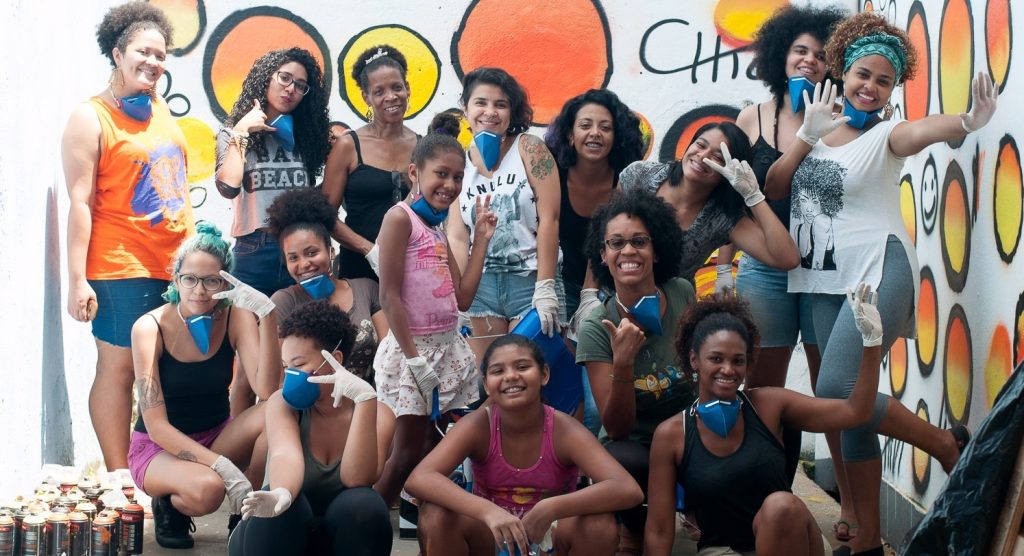 One of the discussions was motivated by a question: is tagging art? Better known as “xarpi” in hip hop culture, tagging is a reflection of identity and takes place to demarcate people’s territory. It’s like a brand. “To decriminalize urban processes is also to think about free expression and about the necessity of each person to practice this,” affirms the workshop participant, who has been practicing the art for almost two years. Viviane believes that everything is art, but the practice of xarpi on the streets isn’t authorized. Graffiti, on the other hand, is protected by the law that allows its practice in public spaces, on gray walls, for example.

Larissa, a student better known as Lolly, reflected on the theme: “On my first day in the course the class was fairly productive. We spoke about xarpi, bomb (and its various styles), graffiti signatures and silhouettes. And while we were talking, we were already practicing some ways of writing these names to test on the wall next week.”

The free training program also touches on other subjects, such as female empowerment, Afro-Brazilian culture, creative economy and urban art as vehicles of communication. It offers all the material and and I.D. card for discounts in stationary shops.

The curious part is that the training process is continuous: students learn and can already share their knowledge. With the supervision of Rede Nami, a principal reference for black women in the city, students from the project teach in city and state schools. These actions are an impetus for expanding this training process.

Beyond art, the course graffiti is seen as a tool to reflect on social questions. Workshop participant Viviane believes in the potential of her actions: “Representation is important for us to modify the oppression that we live with. Just being there on the street as a woman, it’s already a transformative act. To occupy spaces, graffiti is important and communicative.”

In the last class of the year, on December 17, Maré residents will get to see up close what was learned during the first part of the course. The students will make a mural and graffiti the favela walls, to make an impact. And of course, to communicate through art.

The same course will take place in 2017 in the communities of Pedra do Sal and Vila Olímpica Clara Nunes, as well as Tavares Bastos.

AfroGrafiteiras is a project sponsered by the Ford Foundation and supported by the Observatório de Favelas.