A project that began four years ago at a school in Baixa do Sapateiro, in the Maré favela complex, may be a powerful weapon to mitigate the effects of violence on the learning process of students in Rio’s Network of Municipal Schools. The app, developed jointly by teachers Alex de Souza and Jorge da Costa Silva, does more than simply teach remotely: it customizes the school environment and its classrooms for computers, laptops, iPads and even smartphones, making up for the days children are left without lessons because of shootings.

The program was developed especially for students who study in schools located in conflict areas. His inspiration was born from the information that 95% of the children enrolled in Maré’s 45 schools have access to the Internet on a daily basis, alongside a deep sadness and melancholy during days when they are forbidden to study because schools are closed.

“During days of conflict, they talk to teachers all day long online,” says Alex de Souza, adding that the kids are deeply irritated by police operations that keep them from enjoying school. “When the shootings begin, they complain that they are going to miss classes again, which does away with the myth that these kids choose truancy,” adds the project’s pedagogical coordinator. 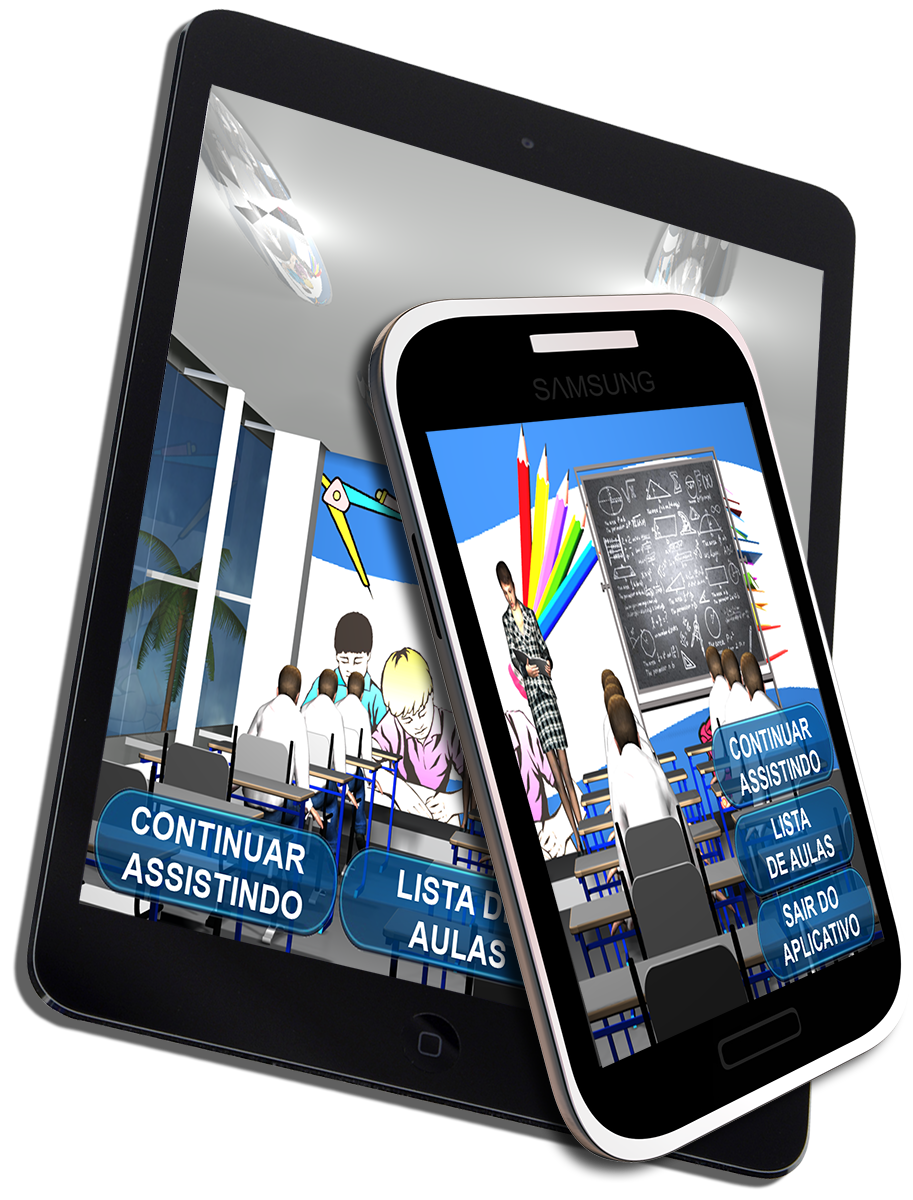 The app was developed with the basic version of the free website editor Wix.com, which has a mobile version. Alex de Souza recalls that the tool started to be planned as soon as he moved from Baixa do Sapateiro to Nova Holanda as a way of neutralizing the effects of the confrontations that always bothered him: “From the window of CIEP Operário Vicente Mariano (state school), I was observing Nova Holanda’s troubled goings-on, and I still remember what I thought, seeing helicopters flying over the community: ‘I came to Baixa do Sapateiro, but I never go to Nova Holanda.'”

“I ended up crossing the border,” says the teacher, adding that sometimes it’s difficult to sleep after giving Life Project classes, a subject included in the curriculum of some of the schools in the Network, which has 1,537 schools and almost 650,000 students.

“How does one guarantee a future project for a student who’s missing up to five days of class per month?”, he asks, before saying that student attendance at CIEP Operário Vicente Mariano was 100%.

Today, the project receives support incentives from the directors of Ginásio Carioca, Ana Flávia and Érica Bittencourt, and those responsible for Education Management for the 4th Regional Coordination Body of Education (CREs), Andréa Barros and Renata Costa.