On Wednesday, December 5, the Rio de Janeiro City Council‘s Special Commission for the Right to Adequate Housing held a public hearing with residents of the South Zone favela of Vidigal, convening with public officials to discuss the recent, and very real, threat of demolition in the community.

Led by City Councillor Reimont Luiz Otoni Santa Bárbara, the day’s panel featured Roselita Barros Silveira, resident of Vidigal; Adriana Beviláqua, Public Defender from the Land and Housing Nucleus (NUTH) of the State’s Public Defenders’ Office; Eliane Oliveira, lawyer from the Catholic Church’s Favelas Pastoral Committee; and Arícia Fernandes Correia, City Attorney for Rio and Coordinator for the Nucleus for Studies, Research, and Extension in the Right to the City (NEPEC) at the State University of Rio de Janeiro (UERJ).

Residents’ demands were clear: transparency and an open line of communication with the City. City officials are yet to provide those at risk of removal with a single technical report or notice regarding demolition.

Councillor Reimont, residents, and allies are outraged at the City’s apparent apathy towards finding a better solution for making the Jaqueira region of Vidigal safe for its residents. Reimont said the City is not pulling its weight. “We understand that the City of Rio de Janeiro has the technical ability, the technology, and adequate engineers to change housing conditions for the people,” said the City Councillor. 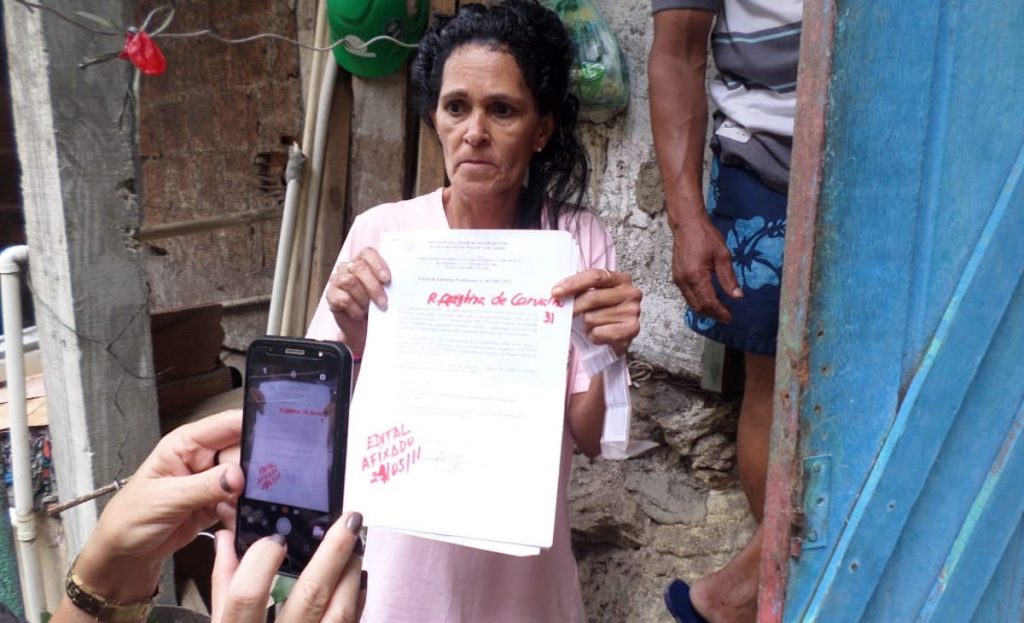 Since demolition notices were handed out three weeks ago, it has become increasingly clear that the City has deceived the community with misinformation, claiming the right to demolish their homes. Following the lethal rains of February 2019, families affected by a landslide (triggered by dislodged parts of a large rock from the overhanging Dois Irmãos peak, 30% of which remains insecure since the City halted containment works years ago) signed on for Temporary Housing Assistance (social rent) under the impression that they would temporarily leave their homes while the City completed construction works to secure their houses and prevent future landslides. Assistance recipients receive R$400 (US$100) per month towards rent, far below the average rate for a one-family home in Vidigal.

Following the distribution of demolition notices, the City told affected residents that, by signing up for assistance, they had handed over the rights to their home. Silveira, who presented the agreement she signed with the City, noted that the document contained no mention of demolition. Now, she told at the public hearing, she and other residents want out of the contract. “We want to leave the assistance. We want to return to our homes. We left with the promise that this work would be done in the area for us to return safely,” she explained. 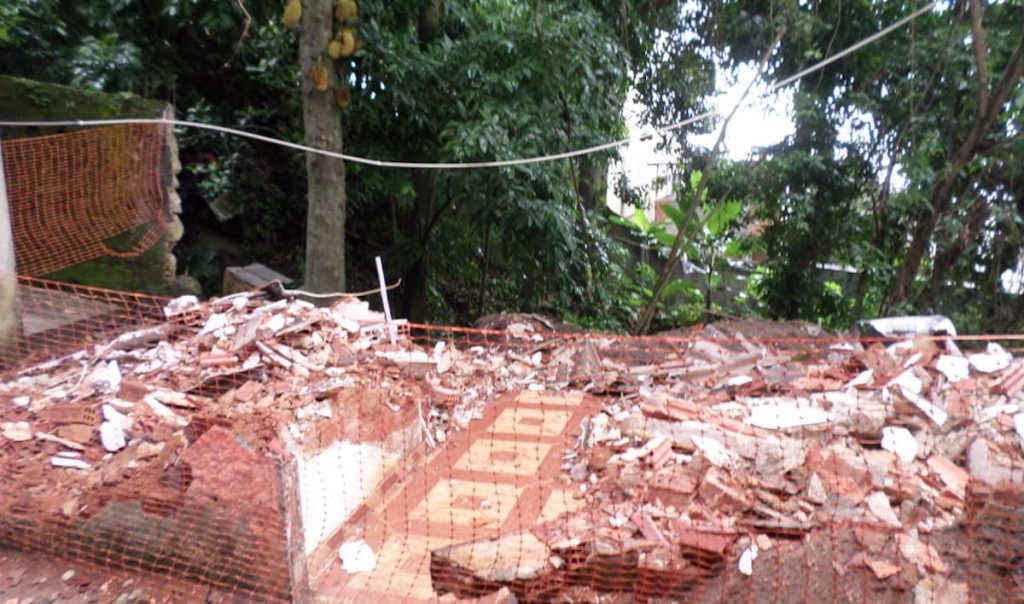 Beviláqua affirmed the legal validity of residents’ grievances: “What you [all] are asking for should already have been done by the City, because it all is backed with a legal basis.” She explained that a large part of the affected region of Vidigal is an “Area of Special Social Interest” (AEIS), which means the City is legally required to carry out works to improve the safety of the region’s residents rather than removing them. Furthermore, in relation to urban development policy, article 429 of Rio’s Organic Municipal Law clearly states:

“Urbanization, land tenure regularization and titling of favela and low-income areas, [should be carried out] without removal of residents, except when the physical conditions of the occupied area pose a risk to life for its inhabitants, in which case the following rules will be followed:

1.technical report of the responsible body;
2. participation of the interested community and representative entities in the analysis and definition of solutions;
3. settlement in localities close to places of residence or work, if relocation is necessary.”

In the case of Vidigal, each of these rules has been violated. That is, the City has not acted within the precept of its own law. Residents are aware that necessary works must be done, and that some of the houses marked for demolition cannot stay. However, repeated requests for technical reports, communication with the community and the possibility of relocation within, or nearby, the community have been ignored.

For now, demolition works have been paused and only a handful of unoccupied homes have been demolished. Residents now hold their ground in the pursuit of not only answers, but an alternative that ensures their right to adequate housing and their place in the community. In the end, it was agreed Councillor Reimont would invite the Municipal Secretary for Housing Infrastructure and Conservation (SMHIC) and City technicians to attend this year’s final meeting of the Popular Council (Conselho Popular) and Favelas Pastoral Committee, providing the City with yet another opportunity to abide by municipal law.