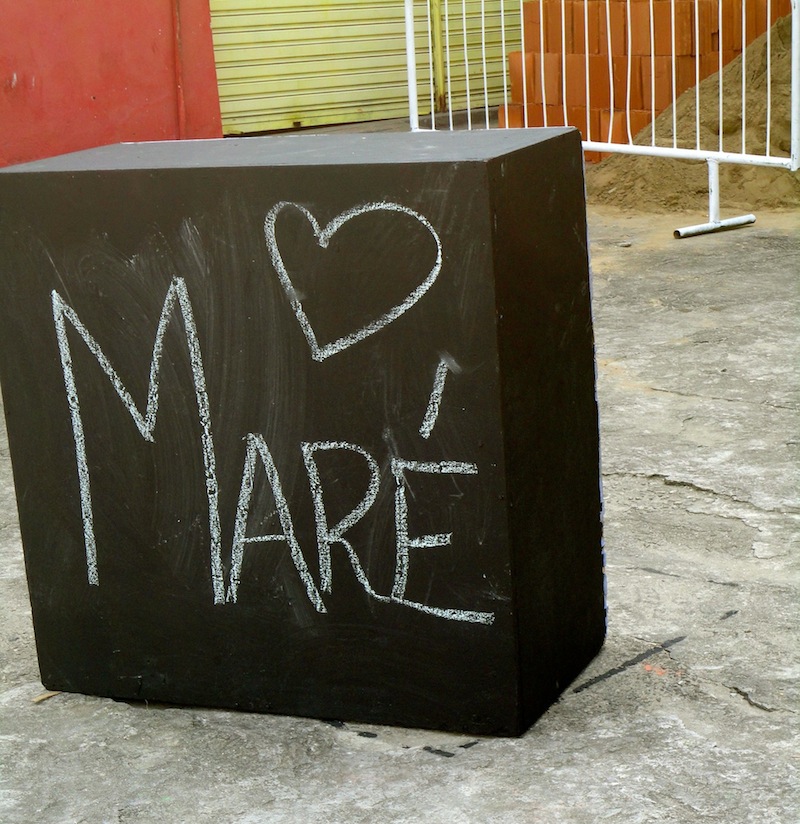 Question: what do you get when you cross a rapper-activist with a scuba-diving NGO worker, and throw in a very famous former President for good measure? Answer: TEDxMaré (and that is just scratching the surface).  Saturday’s day-long conference brought together 150 participants and 20 speakers, in the first ever TED event to take place in a favela. The theme of the day was “favelicidade;” a wordplay which implies the (happy) integration of the favela and the city, and the 15-minute talks were broadly centered around this theme.

Although Fernando Henrique Cardoso was treated as the star attraction, the loudest applause of the day went to 16-year-old Mayara Donaria, from Maré. She told the story of how winning the opportunity to have a good education led her to question the unfulfilled desires and aspirations of her parents and neighbors. “Imagine if all favelados had options! We need basic rights!” she exclaimed. “Any government intervention must have the participation of citizens,” she added. “If they asked me if I wanted the UPP (police) in my community, I would answer that first I want my mother to be able to fulfill her ambitions, and for the light not to go off at night all the time when I’m studying.”

Another highlight came from Raull Santiago, from the Complexo do Alemão, who began his speech explaining that at the age of six, his only dream had been to become the head drug trafficker in his community. He touched on the issues of the cable car in Alemão (explaining that it is only used by 10% of residents), Ocupa Alemão, and the case of Amarildo, before finishing with the following rap, and leaving to thunderous applause:

You think it’s marvellous?  This city?

This is politics doing publicity.

It only exaggerates, invents, alienates and ruins…

And sends the UPP to contain the poor.

With ‘Big Brother’ surrounding on all sides,

Messengers of massacre, keeping hold of rein and the whip. 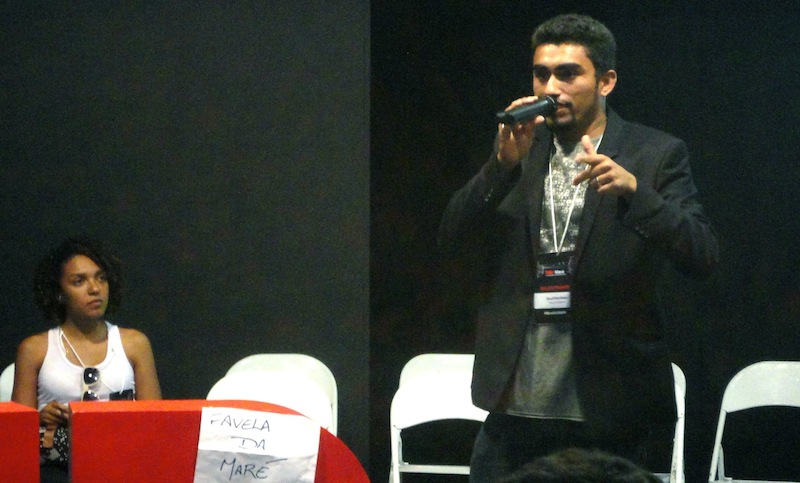 Participants enjoyed the event and valued the importance of the message being discussed. “I was attracted by the theme of favelicidade,” stated attendee Alysson Borges. “There is still a big separation between the favela and the city. They are far from integrated. TEDxMaré publicizes this fact and opens up peoples’ consciences. It’s important people from areas like the Zona Sul understand these issues.”

Indeed, in spite of the message of integration, a majority of participants did not come from favela communities. Luna Alves Duarte (21), herself from Maré and a member of the organizing team, attested to this. “Most people here have a high level of education in Economics or Politics and are not from favelas. We did most of the advertising through social media, which not everyone has access to. It would be good to carry out more publicity within communities.” Perhaps this will be integrated in the case of future events, which Duarte hopes will be a possibility: “We would like to do another similar event, maybe one or two years from now.”

The aim of ‘favelicidade’ will only be in sight once it permeates the make-up of the audience in addition to the content of the talks. TEDxMaré was an exciting and stimulating event, which, if repeated and attended by a more diverse public, has the potential to benefit and integrate people from all over the city and from a variety of backgrounds.