For the original by Camila Coelho in Portuguese on Globo Esporte click here.

Does everyone remember that remarkable image when our politicians jumped to their feet to celebrate the announcement of Rio de Janeiro as the host city for the 2016 Olympics? If you don’t remember, I posted a photo here below so that no one will forget that moment. Present in that group was then President Lula, the ex-Minister of Sport Orlando Silva, the Governor of Rio de Janeiro, Sergio Cabral, and the Mayor of the city, Eduardo Paes, as well as a few other politicians and athletes. Their joy had a motive. Brazil, in that moment, had won the opportunity to form a golden generation for the Olympic sports, the country would be able to invest in athletes who had great potential, as China had done. The city of Rio would have the chance to experience a grand transformation, as Barcelona had, and the Games would leave a legacy for every Carioca (resident of Rio). 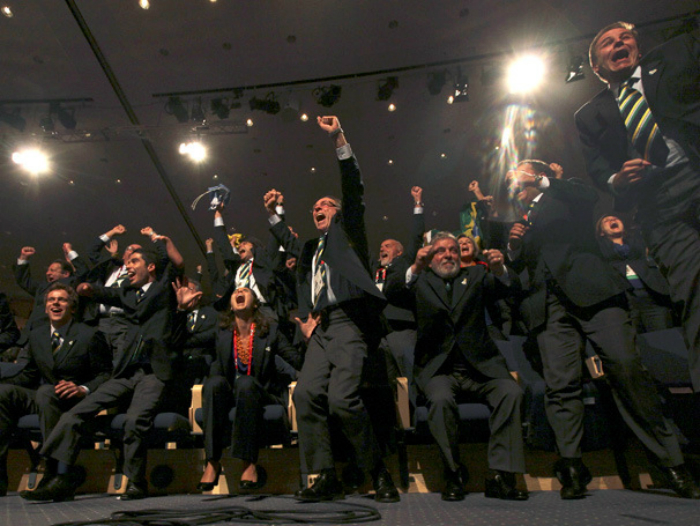 However, how do you explain the closing of the Rio 2016 project? Developed by the State government and administrated by the State Secretary of Sport and Leisure, the project’s goal was to be the biggest social legacy of the Games. Rio 2016 worked with some 200,000 people, 53 sports activities located in 807 core sites throughout the state. The program was also present in all communities with Pacifying Police Units (UPPs), in 63 essential locations.

That all has ended.

Without any explanation or official communication to teachers and students who participated in the project, the new State Secretary of Sport and Leisure, André Lazaroni, shut down the Rio 2016 project on July 31st. Some of the teachers, who still had not received their salaries, did not understand what was happening and have begun to make public demands. One week later, the Secretary used his official profile on a social networking site to explain he had already transferred the funds to the Athletic Federation of Rio de Janeiro (Farj), responsible for professionals’ payments, and that is how he took the team out of the playing field.

Lazaroni used the statement to announce he is “working on the creation of a new project, to foster social inclusion policy and human development through Sport.” However, the date for the launching of the new project was never released. 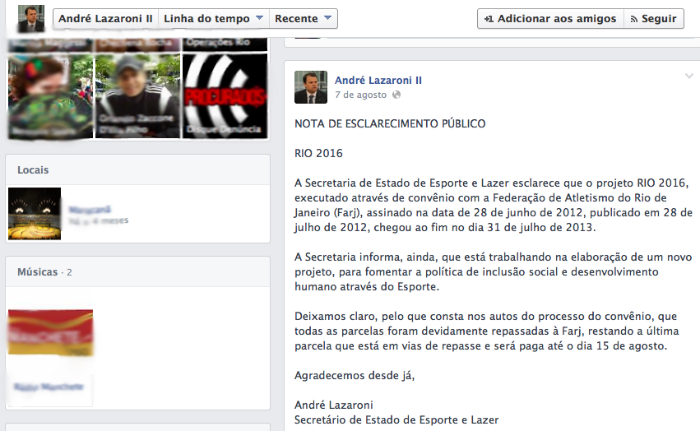 Some say it’s just about vanity politics since Secretary André Lazaroni took office in February. He took the place of Márcia Lins, who was in the position since 2008 and was at the front of all the government’s sports projects, such as the candidacy for the 2016 Games and the sport preparations for the 2014 World Cup. It’s said that the project’s new title will be “Sport RJ.” This would be the third time it’s been changed. It was originally launched in 2007 as “Suderj in Form,” but when Rio won the title as host city for the Olympic Games in 2009, they changed the name to Rio 2016.

Those who cannot wait are the children, who ask their teachers every day for news on the project. In the favela Morro de Salgueiro, in Tijuca, Rio 2016 had a soccer school, karate lessons and gym class for the elderly. The same association offered swimming lessons for children in the Salgueiro Olympic Village. The project worked with a total of 200 children and 40 adults, who are now without activities.

“I don’t know what to do with the children anymore. I don’t want to stop the activities, but without any support it becomes impossible. We’ve already tried to schedule a meeting with the Secretary to clarify the situation, but until today he has not received anyone. Unfortunately, we do not know how it will be from here on out,” complained the coordinator of the project in Salgueiro, Marcos Lelello. 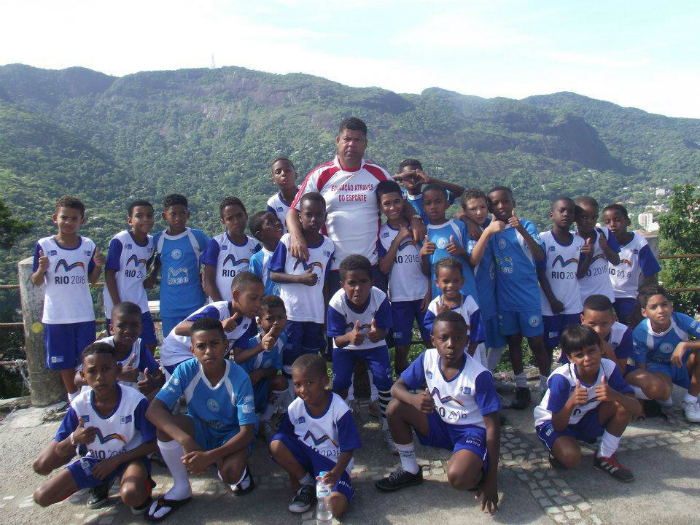 The Rio 2016 project in Morro dos Prazeres, in Santa Teresa, was the only place where tennis classes were offered in a favela in Rio de Janeiro, and it will also be shut down. The coach, Naldo da Silva, has been working with the kids for two years. Ten of the children have been playing within the tennis federation and in tournaments. Three of them have great futures in the sport, but without support their chances of going anywhere are slim.

Naldo emphasizes the strength and potential of the young Vanessa Almeida, eleven years old, who he calls a phenomenon and compares to the Williams sisters.

“Vanessa plays a lot, and now needs professional training. I already tried to get her an athletic scholarship, but it never came through. Brazil could be losing a great tennis player if we don’t invest in this girl,” exclaimed the coach, who also emphasized the great potential and talents of João Marcos, fifteen years old, and Inácio, fourteen years old. 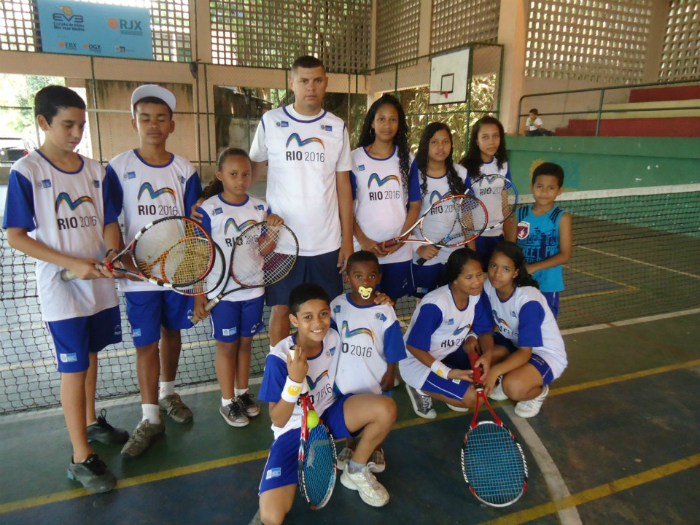 The tennis project originally worked with 20 children in the communities of Prazeres, Escondidinho and Coroado, and now has seventy children registered. Naldo was able to get the equipment for the classes (rackets and tennis balls) through donations from his friends.

“Rio 2016 only paid for my salary and gave blue uniforms to the students. Now they don’t even do that. Everything else I was able to collect from friends, but it was not easy,” explained Naldo, who will most likely not shut down the program to avoid hurting the kids.