For the original by Mariana Alvim in Portuguese on Viva Favela click here. 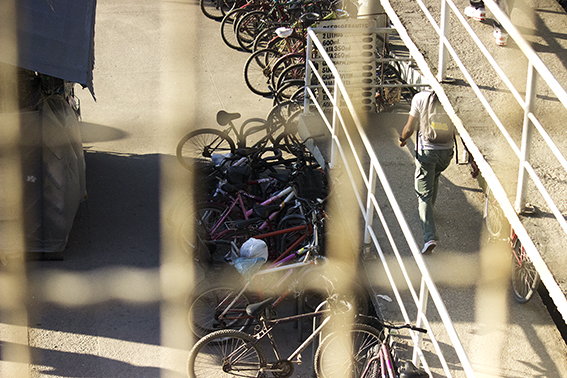 Fewer motorized vehicles, proximity to points of interest, and a sense of community: these are some of the features that would make favelas good places to use bicycles in the city. On the other hand, the steepness of the hills, the narrow streets, and the lack of pavement impose difficulties both for residents and for any urban policy that proposes to restructure communities for this type of transport. Even with the lack of bike paths and bike racks, favela residents opt for these two-wheelers as a simple and inexpensive means of transport.

The 2004 Metropolitan Region’s Master Plan for Urban Transport revealed that the West Zone is the part of the city where bicycles are most used. Of the approximately 3.5 million non-motorized (walk or bike) daily trips conducted in the region, about 1.3 million happen in the West Zone. Likewise, of the 320 km of cycle paths in the city, 190 km are in this region, followed by 89 km in the South Zone and Center, and 41 km in the North Zone.

Those who stroll around communities in Jacarepaguá and Santa Cruz, for example, are surprised by the amount of bicycles. According to Zé Lobo, founder of the NGO Transporte Ativo, the journeys in this region are motivated by trips to work. In the South Zone, the Center, and in the North Zone, the use is more local. Store assistant Erlanda Castro, 26, rides daily from her home in Gardênia Azul to work, in Barra. The trip takes twenty minutes. “I go by bicycle because it’s cheaper, but also because it is less stressful than the bus,” she says. 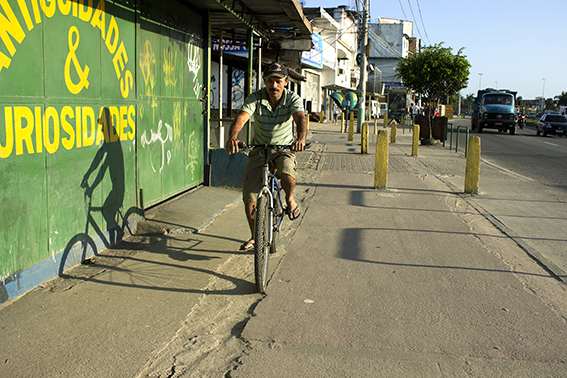 Erlanda says that she would like a cycle path in her neighborhood. Paulinho da Bicicleta, who works in one of the community workshops in Jacarepaguá, would also like that cycle lanes were not only at the limits of Gardênia Azul. “I feel unsafe cycling around here. There have already been a lot of accidents,” said Paulinho, who guarantees there’s no shortage of people wanting to buy or have their bicycles repaired.

The bike paths that exist outside the community are bumpy. During the day, it is common to find cars on them, since there are many local mechanics there, as well as people walking where there should be only cyclists. Another problem is the lack of space to store bicycles: they stay tied to the bars of walkways and poles.

Participants of the municipal program Morar Carioca state that the creation of cycling infrastructure is part of the urbanization projects directed toward beneficiary communities. “We try to encourage the use of bicycles throughout the city, and given that favelas are a part of it, the idea is the same. The offices that participate in Morar Carioca are encouraged to include bicycle use in their projects,” says Pedro da Luz Moreira, architect of the Institute of Brazilian Architects of Rio de Janeiro (IAB – RJ) that is part of the team for housing.

However, no such plan has been implemented. Together with companies in the industry, the Municipal Secretariat of Housing (SMH) is creating a manual for implementing the use of bicycles in favelas. The idea is that the secretariat, in flat favelas, would create bicycle lanes, and in inclined favelas, bike racks only.

Meanwhile, bicycles pile up around metro and train stations. The concessionaries that manage these services have created bicycle parking spaces in recent years, but even so, demand continues greater than the spaces provided. The Supervia suburban train system offers 4,000 slots over six stations, and the Rio Metro subway system, 203 over eleven stations. 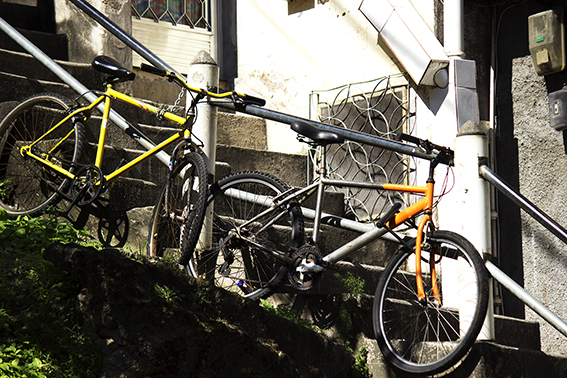 In the case of Morro dos Cabritos in Copacabana, the lack of spaces is not the only obstacle to the use of bicycles. The military officer Leonardo Ricardo, 57, says he likes to cycle, but is too lazy to face the slopes of the hills. “There are many people living here, the streets are very narrow, nothing was planned. Now that everything was done poorly, there is no way to fix it,” says the resident. Zé Lobo, however, recounts that there are alternatives for bicycling on steep slopes, such as installing racks on buses and trams. According to the Municipal Secretariat of Housing, this alternative is not part of Morar Carioca.

The demand for better conditions for the use of this mode of transport does not seem to be a prominent social struggle among favela residents. Zé Lobo says he’s never observed any mobilization in this regard. In the case of Morro dos Cabritos, the President of the Residents’ Association, Danilo Ferreira de Sousa, said there are other priorities. “We support bikes, but locals come to us for other issues, such as the lack of access to health or education,” he says.

Despite urban and socioeconomic limitations, Zé Lobo believes that encouraging the use of bicycles should be seen as a priority. “Problems emblematic of favelas, such as the lack of sanitation and health care, can be improved with the presence of bicycles. This does not mean that these areas won’t have their own policies, rather that bicycles can be built into it. If the implementation of a bike path were integrated into public works, costs would be a lot lower overall,” said the activist. 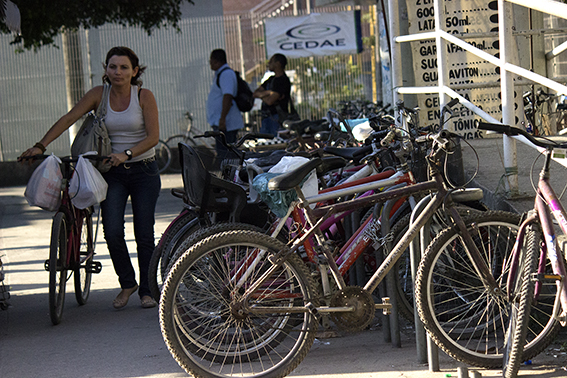 A means of integration

In Maré Without Borders, a project of the NGO Redes da Maré, cycling is already integrated in its activities. The NGO organizes two bicycle outings every month to cultural centers and other points in the community. According to Maíra Spilak, the project’s coordinator, children are giddy to visit places near their homes, but have never seen. “We want to cherish the history and local culture through mobility. The bicycle is a playful, inexpensive, non-polluting, sustainable, and healthy form of transport,” says Maíra, emphasizing that the absence of designated lanes, pathways, and bike storage make living with motor vehicles more unequal.

The favela is also hosting MTB Circuit of Favelas, a workshop organized by Bicycle Pedal 2. The first competition took place this year in the Pavão-Pavãozinho community. The heats are carried out in pacified favelas. According to event organizers, the rugged terrain and contact with residents make these communities great places to practice mountain biking.