The injunction that froze the Morar Carioca construction projects in Providência (the site of an intense battle over forced evictions on the site of Rio’s first, and most historic, favela) was contested by the Mayor’s office of Rio de Janeiro at the beginning of this year. The city appealed to a higher court to overturn the injunction and resume its projects, including evictions in the community.

The rapporteur of the cases was Judge Claudia Pires dos Santos Ferreira. 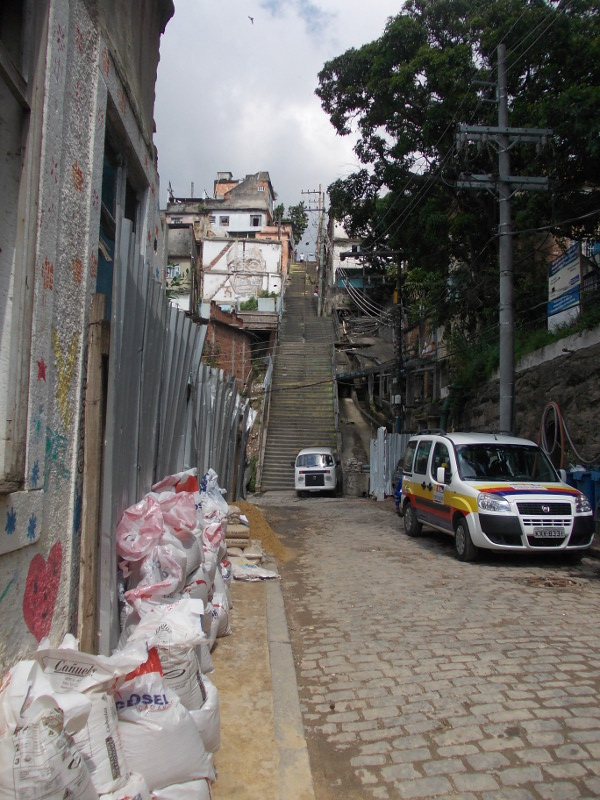 The court upheld the decision to freeze the Morar Carioca works, leaving the city authorized to continue only the work on the aerial cable car, which is finished but not yet operational. This is a momentary relief to residents of Morro da Providência who are threatened with removal, since it protects their right to continue living in their homes. But the struggle and resistance continue. We want our right to decent and just housing. We are not asking for a favor from the government; this is a right guaranteed by the federal constitution.

This legal decision has prompted city officials to change their strategy in the community. They hold meetings in small groups in an attempt to persuade and trick residents who aren’t aware of the court proceedings. They have gone so far as to provoke clashes between those residents waiting for new apartments on Rua Nabuco de Freitas, and those who are fighting to stay in their homes. But Municipal Housing Secretary (SMH) Pierre Batista has not told the community that the apartments remain unfinished not because of a lawsuit filed by five residents, as reported on TV and in newspapers, but because of the city government, which failed to provide environmental and neighborhood impact reports, failed to hold public hearings, and failed to include residents in the planning of the project. 800 families will be removed from Providência, according to the city’s report. Who are these families? Where are the completed housing units inside the community, or nearby? Will there be sufficient new units to relocate these 800 families within Providência? Where is the report that proves the risks in areas they want to remove?

Many questions have yet to be answered by the SMH. We are not against projects, as long as they are for us, community members who have struggled and fought for over one hundred years in Morro da Providencia, the first favela in Latin America. Brazil’s history is here, too. You can’t trade a hundred years of history for thirty days of World Cup and Olympics, erasing everything to satisfy private enterprise and government interests, which are partners in this endeavor and only interested in their own profits. The city wants to rewrite our history with a cable car, funicular tram, widened streets, and historic center. For whom? Our history was written in blood, sweat, and tears. The history of Rio’s favelas is not memorialized in the structures or land, but in the people who inhabit them.

Morro da Providência is joined in the struggle against eviction with Estradinha, Vila Autódromo, Indiana, Manguinhos, and others.

When we speak of housing policy we should remember that we are not merely talking about relocation of families being removed in the city of Rio de Janeiro, but also about people who have nowhere to live and need government assistance for decent housing.

Roberto Marinho is a resident of Morro da Providência. His family has lived in the same location since 1942.