For the original in Portuguese in Observatório de Favelas click here.

The notorious transport system in Rio de Janeiro continues to worsen. In the last two weeks, two trains on the Supervia suburban railway broke down, causing many inconveniences to passengers. Some, upset by delays, caused damage to a station and even set fire to some of the train’s wagons. On Rio’s subway, beyond the limited coverage which fails to integrate the different areas of the city, the 640,000 daily passengers must cope with the historical problem of overcrowding and occasional breakdowns, like those that occurred at the end of August. 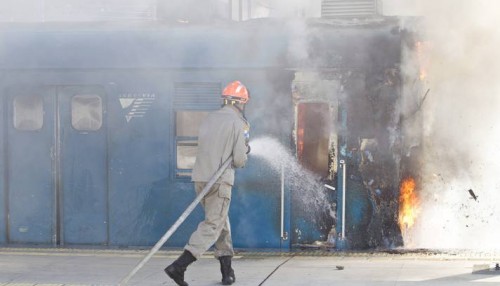 The streets are far from being the best option. Whether on foot or on bike, the lack of adequate traffic lights combined with low investments in maintaining streets for those who choose these forms of transport prove the biggest obstacles. On the buses, the situation is even worse: many of the more than 3.3 million people who rely on buses have to put up with daily overcrowding for prolonged periods as a result of heavy traffic. All this despite the Rio public bus system receiving most investment and having among the eight most expensive bus fares in the country. And even for those who have access to cars, travel time between home and work is increasingly approaching the time it takes those who have no vehicle and rely on public transportation.

In Rio, the time spent in daily commute is the highest among major metropolitan areas in the country. A survey published this year by Brazil’s Institute for Applied Economic Research (IPEA), which calculated the time spent commuting between home and work in nine metropolitan regions, showed that Rio and São Paulo have an average time 31% longer than the other seven regions. In Rio, the average time spent one way is 42 minutes. The surprise is that for the richest and the poorest, that time is almost the same, averaging around 40 minutes. The big difference is that the poorest face overcrowding in public transport, and must constantly withstand having to remain in stressful positions for extended periods of time.

In the late 1990s infrastructure projects, such as the Linha Amarela highway linking Avenida Brasil and Barra de Tijuca and nine subway stations, reduced the number of long-distance commutes in the city. However, this began to change in 2006, likely as a result of worsening conditions of public transport, combined with an increase in the number of vehicles on the road (20.8 cars per 100 people).

The crisis in transport has huge consequences for those who travel long distances by bus. For example, geographer Felipe Bagatolli, who lives in Taquara in Rio’s West Zone works at Fundação Oswaldo Cruz, in the North Zone, and is doing a postgraduate course at the Rio State University’s Teacher Training College in São Gonçalo, a municipality east of Niterói, Rio’s sister city across the Guanabara Bay. When he only goes to work, Felipe spends about two hours round trip on the bus. When he has class, the geographer spends more than three hours on public transport.

“During the week I spend a lot of time on buses, often standing. I think this affects my quality of life and that of thousands of others, causing health problems because of the fatigue, pain in the legs. And of course, there’s the time lost that one would hope to use in other ways, including leisure,” he complains.

Currently, in comparison with 31 cities around the world, Rio de Janeiro is second only to Shanghai, where the average travel time from home to work is 50 minutes.

According to Brazil’s Metropolises Observatory, Rio has the worst rate of urban well-being. Rio’s greater metropolitan region scored 0.015, where the maximum is 1. The survey assessed the availability and adequacy of public services, housing conditions and urban mobility, looking at transport. 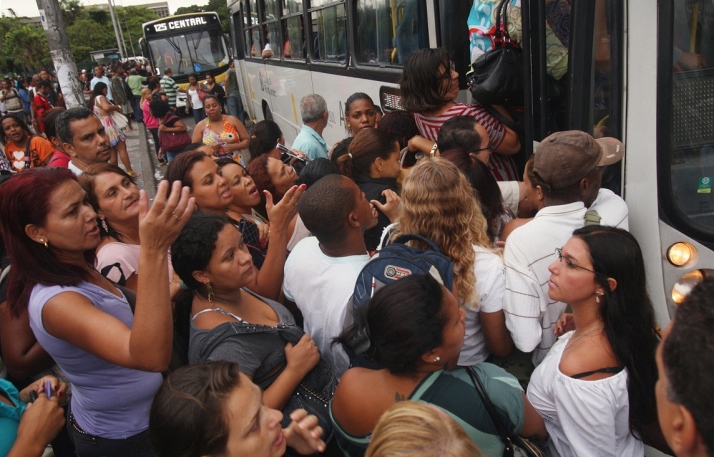 According to the economist Marcelo Ribeiro, who participated in the creation of this index, it is worth noting that even though Rio is a smaller city that São Paulo, it has worse transport conditions: “Large metropolises are always at a disadvantage. But Rio de Janeiro did not stop to think about transport policies in view of it being a large metropolis. There is no integration; everything is concentrated in the municipality of Rio. Mobility is more expensive and complicated for those who are from another municipality. The issue of urban mobility is metropolitan,” he concludes.

The state of urban mobility in Rio is so critical that it pushes the index of urban well-being of the region to a level below those of cities in the North and Northeast, which have the lowest performances. In these areas, the low index is a result of poor housing conditions and a lack of public services. However, in the Southeast, the main factor for the low level of urban well-being is transport.

Marcelo Santos, a member of the Rio de Janeiro Urban Mobility Forum, notes that the concentration of investments in road transport has contributed to aggravating the crisis in the sector. “Public buses are not mass transit. Mass transportation is by subway or train, any expert knows that. This discussion already occurred at the Urban Mobility Forum, where experts unanimously agreed on this,” he says.

According to Santos, regulation also plays an important role in sustaining Rio’s transport problem. He said that the Public Services Regulatory Agency for all means of transport in Rio de Janeiro (Agetransp), an agency created to oversee transport and highway concessions in the state, does not inspect preventively. “Agetransp only reviews news stories. Once a story is published about a concession’s irregularity, they will go there and say ‘we will vigorously investigate and punish this company.’ Months later, they return with a little note absolving the company. This recently occurred with with the company Barcas S/A, currently knowns as CCR – Barges, [which operates the boat services across the Guanabara Bay],” he recalled.