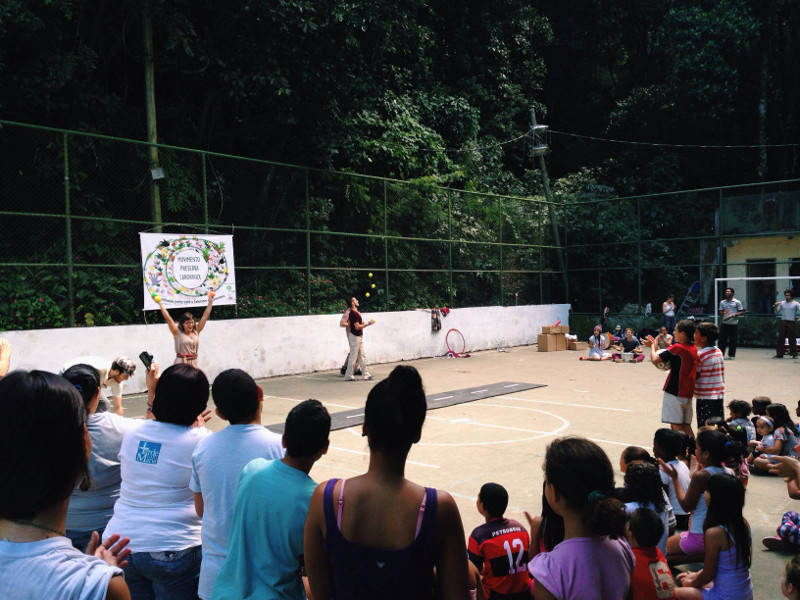 On Sunday October 6, members of Vila Laboriaux joined together in a day-long celebration of their community’s vitality and to look to the future. Perched at the top of Rocinha, the largest favela in Rio de Janeiro, Vila Laboriaux has been fighting eviction threats from the government for over three years. Since then, community members have been working tirelessly to resist removal and recently succeeded in August, after Mayor Eduardo Paes announced that the state would begin investing in infrastructure for Vila Laboriaux, instead of removal.

The Movimento Preserva Laboriaux, an 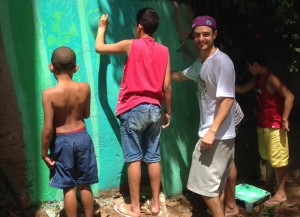 environmental group working to improve conditions in the community, facilitated the event as a part of its Socio-Environmental Diagnosis to identify the strengths and weaknesses of Vila Laboriaux, an initiative started in August. During that initial event, residents highlighted the importance of protecting their local environment and also pointed to improvements in public services, such as sanitation, that are greatly desired. After this event, the organization has continued distributing questionnaires door-to-door for all residents in order to gauge people’s perceptions regarding the environmental conditions of Laboriaux. Co-organizer Gabriel Voto expressed that, “to summarize our organization’s philosophy in one word, it would be participation. In order to conduct a legitimate and sustainable process to last as a long term project, we must construct it with a bottom-up approach, construct it locally with the desires of the community.” 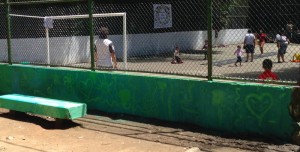 and benches of the community’s square green and blue, echoing the group’s ecological message and adding to what was accomplished during the event in August. Soon afterwards, local circus group Circo no Ato arrived and paraded through the community with live music, bringing with them more residents back to the square for an hour-long show of acrobatic entertainment. During the afternoon, children made vertical flower gardens out of plastic bottles to be hung on the newly painted walls of the square, bringing the day’s events to a close. Sunday’s gathering of art, music, and performance was a fun way to further unite Vila Laboriaux and reaffirm their goals of sustainability and community improvements. In light of recent developments in the city and top-down government policies in favelas, the case of Vila Laboriaux is an important and inspiring case of resilience in the face of removal and shared investment for the future of their community.