For the original by Vinícius Lisboa in Portuguese for Agência Brasil click here. 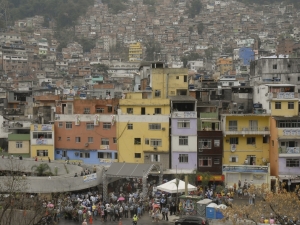 Around 30% of favela residents in Brazil have suffered prejudice, asserts Favela Data Institute’s first study, “X-Ray of Brazilian Favelas,” released November 4, 2013 at the 1st New Brazilian Favela Forum. According to the study, 59% of residents agree that those who live in communities in the urban periphery are discriminated against.

Skin color was the reason identified by 32% of those who said they were victims of prejudice, and for another 30%, it was living in a favela. For 20%, the prejudice was due to their lack of money, and for 8%, the clothes they wear.

The study also found that 37% of favela residents have been searched by the police before, with the proportion increasing to 65% when it comes to 18 to 29-year-olds. Among those who have been frisked, the average reaches 5.8 times in their lifetime. “We have one side of the State presence that helps and the other that shows prejudice,” said Renato Meirelles, one of the founders of Favela Data. 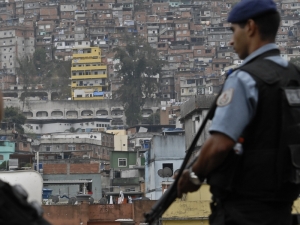 On the other hand, the survey found that 75% of favela residents are totally or partially in favor of the Pacifying Police Units (UPPs). Altogether, 73% of residents consider favelas violent, and 18% deem them very violent.

For more than 60%, however, the community has improved in recent years, and 76% believe it will improve in the next few years. 66% of respondents have no desire to leave the favela, and 94% consider themselves happy, just one percentage point less than the national average, according to the Favela Data.

The study interviewed two thousand residents of 63 favelas in Brazil between July and September, after training community residents on participating in the formulation and application of the questionnaire. “It is not enough to produce numbers about the favelas, it is necessary for the favelas to produce and interpret these numbers,” said Meirelles.