For the original by Silvana Bahia in Portuguese for Observatório de Favelas click here.

The strengthening of the idea of the city as a place to meet and exchange ideas has spurred the formation of various cultural production groups, particularly over the past decade, in Rio de Janeiro. People from different regions of the city have come together to organize around a common line of thought and develop cultural practices, often driven by issues like mobility, access to cultural goods or a diffusion and intervention of artistic production in the city. However, with the current turmoil Rio is experiencing in terms of social and structural changes, we can perceive a movement in the city that highlights the different ways of collectively organizing in favor of reducing inequality, especially in terms of access to and expression of culture. 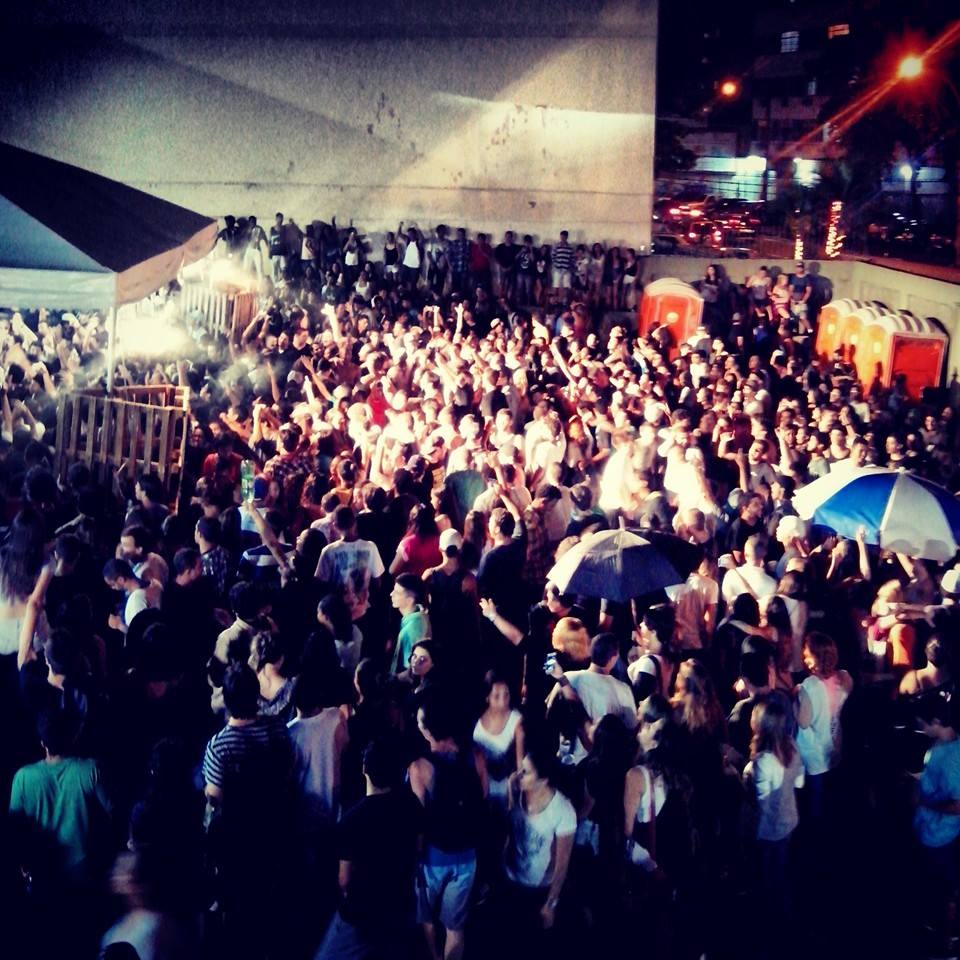 This movement contributing to the reconfiguration of Rio’s cultural production is often carried out independently and is given impetus by the absence of cultural facilities in areas of the city outside the Central-South Zone axis. The City’s data show that 77% of cultural facilities are located in the city center and South Zone, whereas the West Zone, home to half the city’s population, hosts only 11.5% of its cultural facilities. From this we see the rise of artistic collectives developing urban artistic interventions involving performances and the occupation of public space; film clubs with audio-visual shows; visual arts exhibits, among them graffiti and stencil art; and the promotion of events that strengthen the meeting and bringing together of diverse people committed to redesigning the cultural and artistic production map of the city.

One of the collectives that represents the potency of organizing people to reconfigure the focus of cultural productions is Norte Comum. Every month the group organizes the event, Sarau Tropicaos, at the Hotel da Loucura, located at the Nise da Silveira Psychiatric Hospital in Engenho de Dentro, North Zone. The group also holds events in the greater Tijuca area, the neighborhood where the group began bringing together youth from the North Zone. Founded in 2011, Norte Comum began over the frustration young people from Tijuca felt at having to go to Centro or South Zone to attend artistic or cultural events. 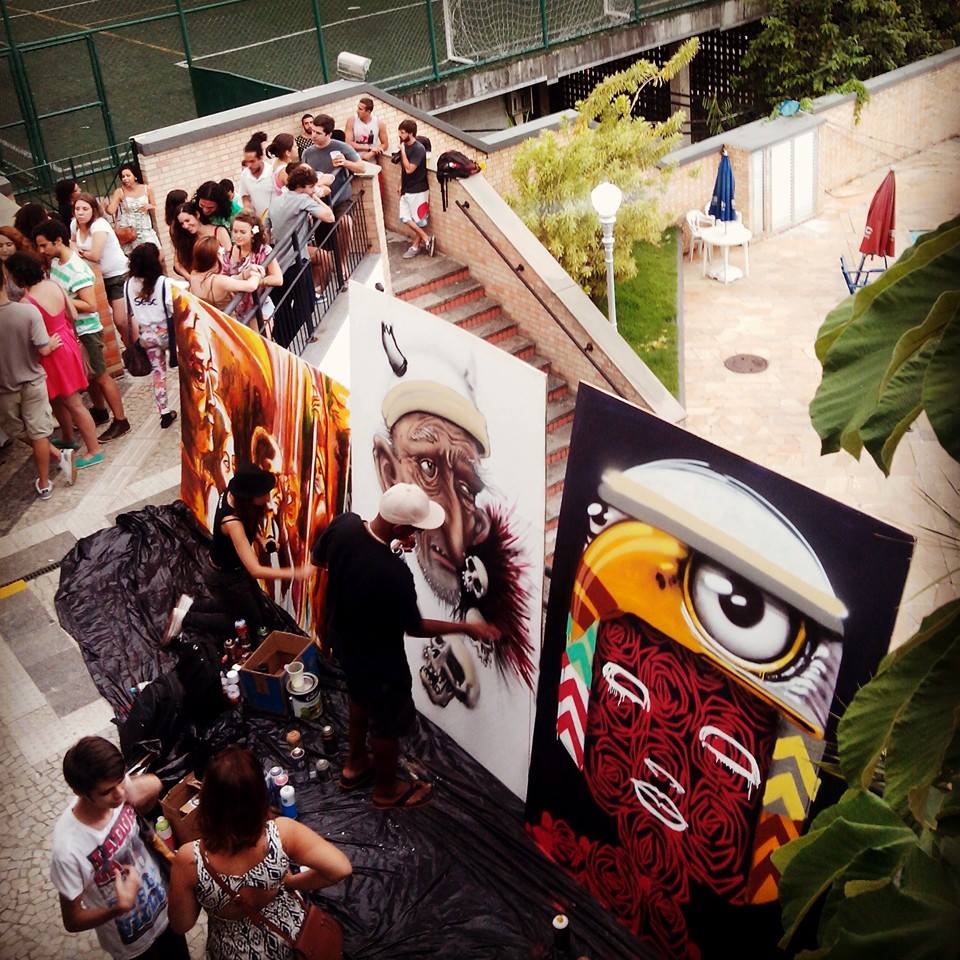 Carlos Meijueiro, jornalist and member of Norte Comum, tells how he was able to see a lot of the city as a teenager by traveling with his soccer team. The desire to see events like those he saw in Centro and South Zone happen in the North and West Zones was a constant one. “We always talked about ways to circulate more in the city, to have more options for cultural participation closer to home. The desire to do something without knowing how to do it… In mid 2011 we created a group on the Internet and in three weeks it had 600 members. In the beginning it was more a question of consuming instead of producing. The idea to form a collective results from the wish to bring people together, a band of people that is invisible, people who don’t have famous parents, who don’t have powerful contacts anywhere. The idea was to always unite people,” Carlos comments. They exchange ideas and dialogue with different organizations and groups, and there isn’t one doubt that the Internet and social networks are fundamental partners in the process.

The way of organizing is a distinctive characteristic of these groups and is interesting to analyze, especially because many of them are not institutionalized as many other civil society organizations are. They don’t have a CNPJ [Brazilian institutional ID], for example. This different relationship is based on horizontal deinstitutionalization and disengagement. However, it must be understood that the commitment is to the vision of the world, activism and the project they believe in, but there is no institutional commitment with standardized links. 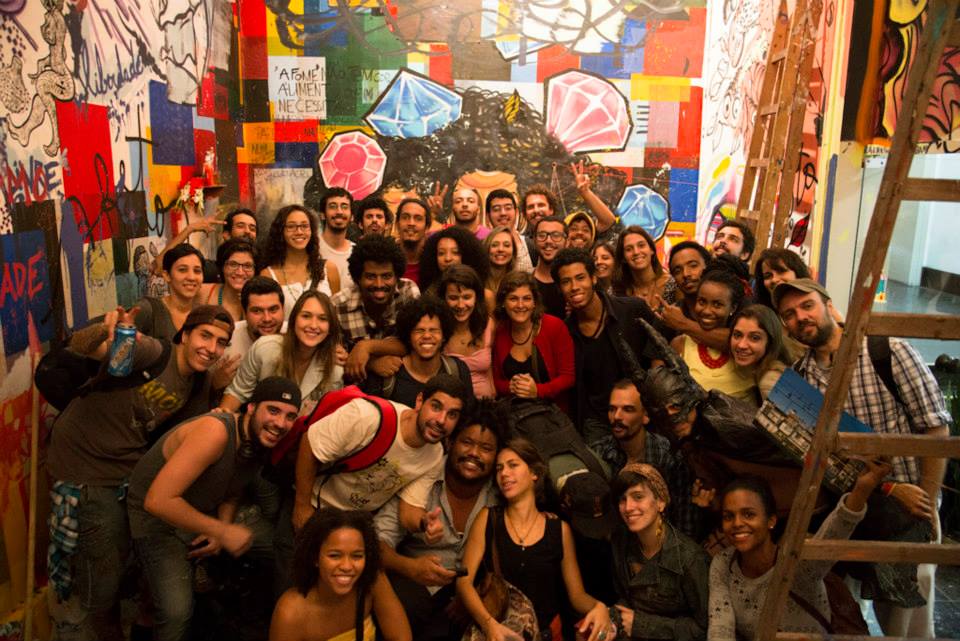 Ana Lucia Enne, doctor in Anthropology and researcher of youth and social movements at the Fluminense Federal University believes the collectives respond to a post-modern demand, and because of this it becomes difficult to classify them in known ways. “The collective groups are potentially revolutionary because they respond to a post-modern demand of flux, something that does not fit in a definition or in an institution. I see the idea of fluidity in the collectives. They are fluid, and break loose, and because of that they are a collective. It is a strong potential for the world that we have become used to living in that is ruled by instituted modernity. A fluid socio-activism that a person can be a part of or not. This raises many questions, like how will it be financed? Is this really the important question? When you see an art collective, for example, often it is not the financing that is at stake, but the possibility to create collective actions that have more impact in a certain way that is very sociological, understanding that collectively you have more power than individually,” commented Enne.

It has become remarkably more noticeable that society’s current logic, especially over the last five years, has become mixed with social actions, and the social networks have a lot to do with that. The networks contribute to the impact and diffusion of practices, bringing a decentralized characteristic which is fundamental these days. The desire of participating in city life, the collective judgement in favor of constructive actions that reflect the city as an axis has guided the creation of the group Vô Pixar Pelada, from the West Zone of Rio. Since last year, the group has appropriated famous publicity icons to create and elaborate actions that are expressed through flyposting on city streets. For the group, the Internet is not just a tool for the diffusion and sharing of ideas, but it is the central channel to shorten the distances and bring people together. “We live in the relativization of distances, which makes it specifically political in a city that has never had a horizontal urbanization project. Rio still thinks of showcase geography.”

Reflecting on the city, occupying the streets, offering encounters, exchanging ideas, recognizing differences, are just some of the desires of the people who believe in the power of collective work, and the more collective it is the better. The classic phrase from Norte Comum–“We are the ones we were waiting for”–represents the desire to do something and to feel a part of it all. A city project where everyone can be respected, mainly for his or her differences.