This is Part 1 in a four-part series on the History of Rio de Janeiro’s Military Police. Click for Parts 2, 3, and 4.

To fully understand the nature of the Brazilian police force today, it is necessary to know about the context in which it was originally created. In 1808, threatened by the impending invasion of Napoleon, the Portuguese royal family took the decision to move to Rio de Janeiro, taking its Court of nearly 15,000 people with it. Rio´s law enforcement until that point had consisted in unarmed watchmen (guardas) chosen by the town council working alongside neighbourhood inspectors (known as quadrilheiros) employed by local judges. However, the arrival of the monarchy clearly necessitated a more organized force. 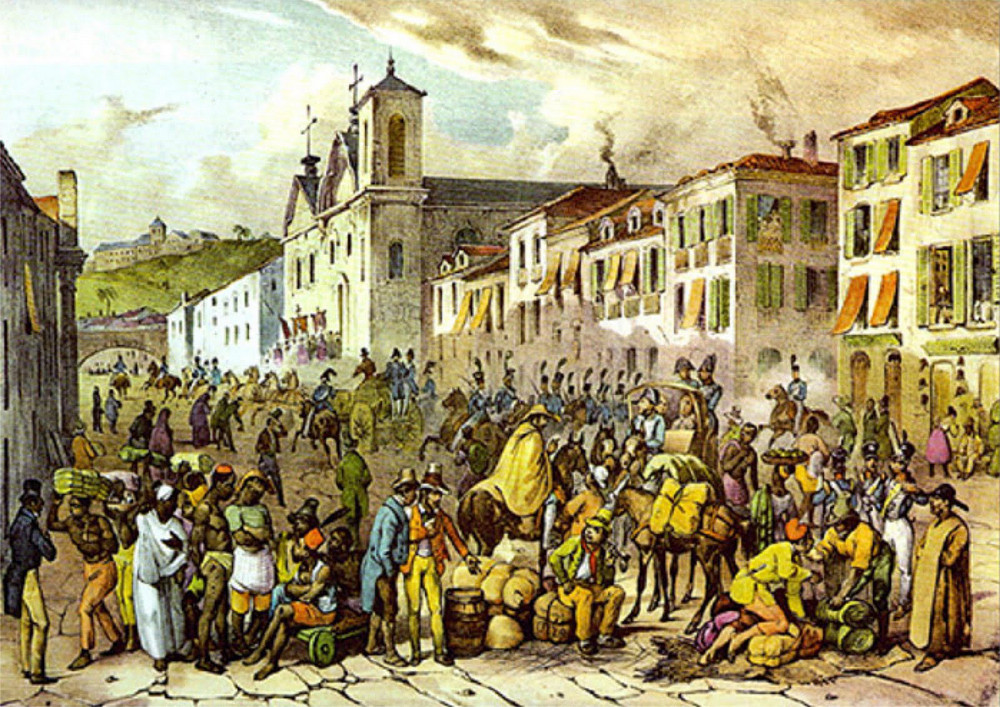 At this point over half of Rio´s population was enslaved, the entire economy depended on them, and fear of rebellion was high. The turn of the 19th century had seen the first (and only) successful slave revolution, in Haiti, and Prince Regent Dom João was not prepared to risk the same fate. In 1809 the Military Division of the Royal Police Guard was formed; its structure was similar to that of the army and its role was to ensure public order.

However ensuring public order was a very loose term, and essentially the Guard´s mandate was to subjugate and repress, protecting the dominant elite and quashing any potential uprising. Almost all police action between 1810 and 1821 related to slaves, mostly for public order offenses. Alongside slaves, free blacks and mulattos were those most likely to suffer at the hands of a force led by the notorious Miguel Nunes Vidigal. Arbitrary violence was common, and many were punished with public beatings. Vidigal oversaw lashing sessions which came to be known as “ceias de camarão” (“shrimp suppers”) because they left victims with such pink skin that they evoked the image of shrimps. The application of laws was also highly selective: thousands of people were imprisoned for practicing capoeira, a Brazilian martial art which was only officially outlawed in 1890, whilst the transatlantic slave trade, in theory made illegal in 1831, continued to flourish. 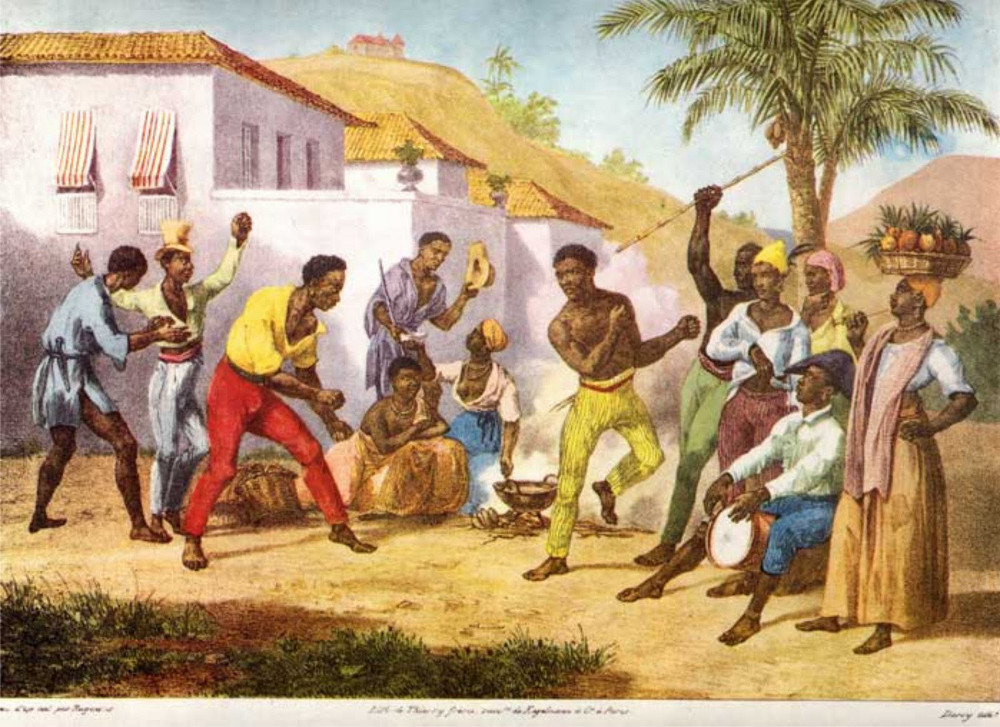 The subject of capoeira can be used to highlight how the police repressed black and African culture throughout the 19th century and into the 20th century, restricting behavior and customs and creating an ´us and them´ mentality. When the Portuguese arrived they saw capoeira–often practiced in a much more violent form than the capoeira of today–to be a dangerous art and began to enforce increasingly severe punishments for those who practiced it. Initially capoeira artists caught in the act were sent to prison. Then in 1817 an official decree ordered they be subjected to 300 lashings. By 1824 those found engaging in capoeira were sentenced to three months of forced labour as well as the lashings. When Brazil went to war with Paraguay in 1864, police used the prohibition of capoeira as a recruitment tool, punishing those caught practicing it with forced military service. The result of this policing strategy was to create a demarcation between those with and those without, and it is important to note that this idea has continued throughout the history of the Brazilian police. Rather than giving all citizens equality before the law, the creation of a police force only served to entrench existing social hierarchies. 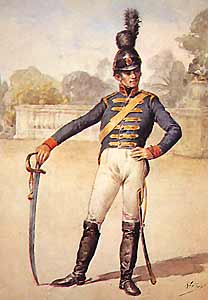 The police and the penal system have, since the arrival of the Portuguese in Rio de Janeiro, been used as tools to control the lower classes. Although the phenomenon of the favela did not really appear until the late 19th and early 20th century, the ´criminalization of poverty´ happened long before this date. During the 19th century there was a long list of minor infractions which were categorized under ´disorder´ by Brazilian laws and punishable by prison. These included disrespecting curfews, playing games of luck, drinking alcohol and begging. Finable actions included loud shouting, swearing and use of indecent gestures. Brazil was the last country in the Americas to abolish slavery, with ten times the number of slaves of the United States; therefore it is perhaps not surprising that Brazil’s poor have felt the effects of discrimination much longer, and much more strongly than some of its neighbors. Although slavery was eventually abolished in 1888, the role of the police changed little. Though they no longer had the responsibility of controlling slaves, they were still expected to repress the ´dangerous classes,´ and they did this by clamping down on their customs. The Penal Code of 1890 introduced laws continued to prejudice the lower classes, with vagrancy, prostitution and drunkenness particularly harshly punished.

Over the years, and particularly in the last quarter century, this police focus on punishing minor crimes has led to a huge growth in the prison population. Mirroring the trend of the USA, Brazil has adopted a zero tolerance policy which leaves many disadvantaged people in an endless cycle of crime: once a person has been to prison they are much less likely to find work in the formal economy, leading them to search for informal work or resort to criminal activity in order to earn money. In 1990, Brazilian prisons held around 90,000 prisoners; by the year 2010 there were almost 550,000 people incarcerated, a growth of almost 600% which has resulted in Brazil becoming the 4th largest incarcerator in the world.

Of these prisoners, the large majority are poor and uneducated: 5.5% are illiterate, 13% only have primary education and 46% have incomplete high school education. Half of those in prison have not yet been tried or are awaiting the final verdict, while much of the other half was convicted on non-violent robbery or drug crimes. To put this in context, Brazil has a historically terrible record of political corruption, yet this tends to be overlooked by the justice system and the public: so much so that the phrase “rouba, mas faz” (“he steals, but he does”) became associated with various politicians. Until very recently, impunity was almost guaranteed for those who had the means to ensure it.

The poor have been marginalized by the police and the justice system often to disguise the government’s own shortcomings: by presenting the poor as dangerous classes they essentially lay the blame for the country´s problems on these communities, leaving corruption overlooked and diverting attention away from their inability to supply adequate housing and social services for a large part of the population. The culmination of this process was the favela being considered the space of ´the enemy´ by the early 1990s.

This is Part 1 in a four-part series on the History of Rio de Janeiro’s Military Police. Click for Parts 2, 3, and 4.