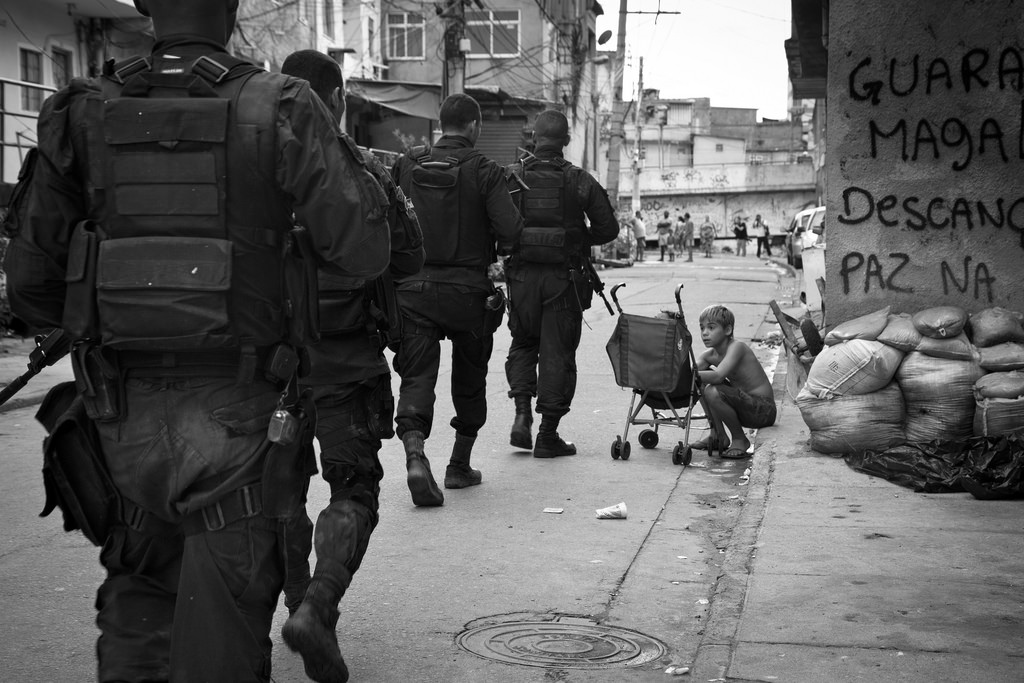 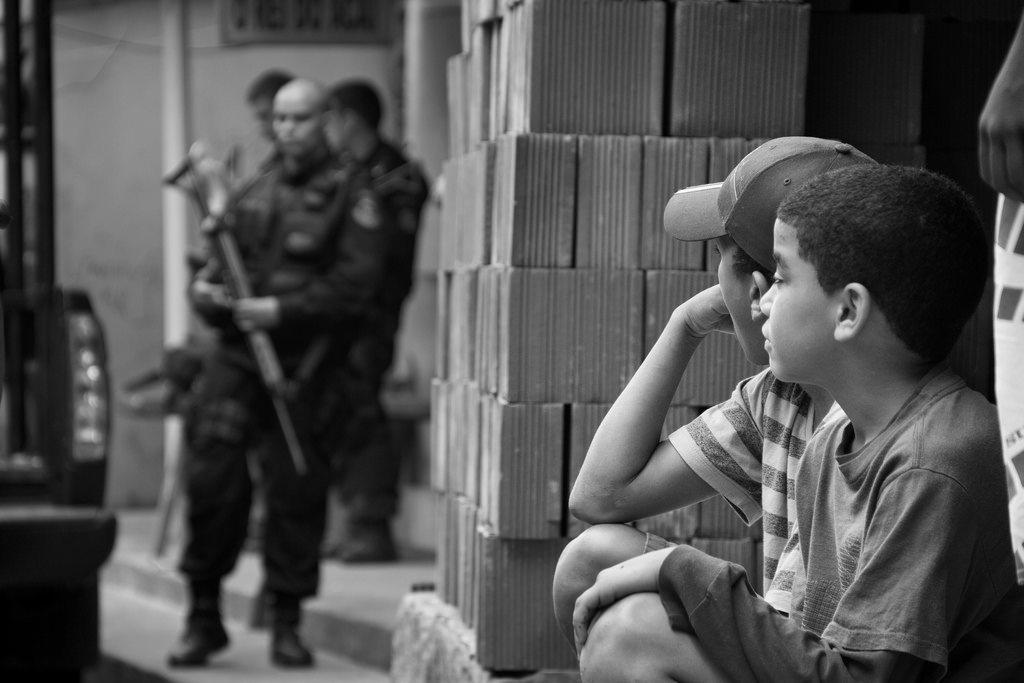 Peace is a state of balance and understanding within oneself and between others, where respect is gained by the acceptance of differences. It is where tolerance exists and where conflicts are resolved through dialogue, where people’s rights are respected and their voices heard, and where everyone is at their highest state of serenity and where there is no social tension. 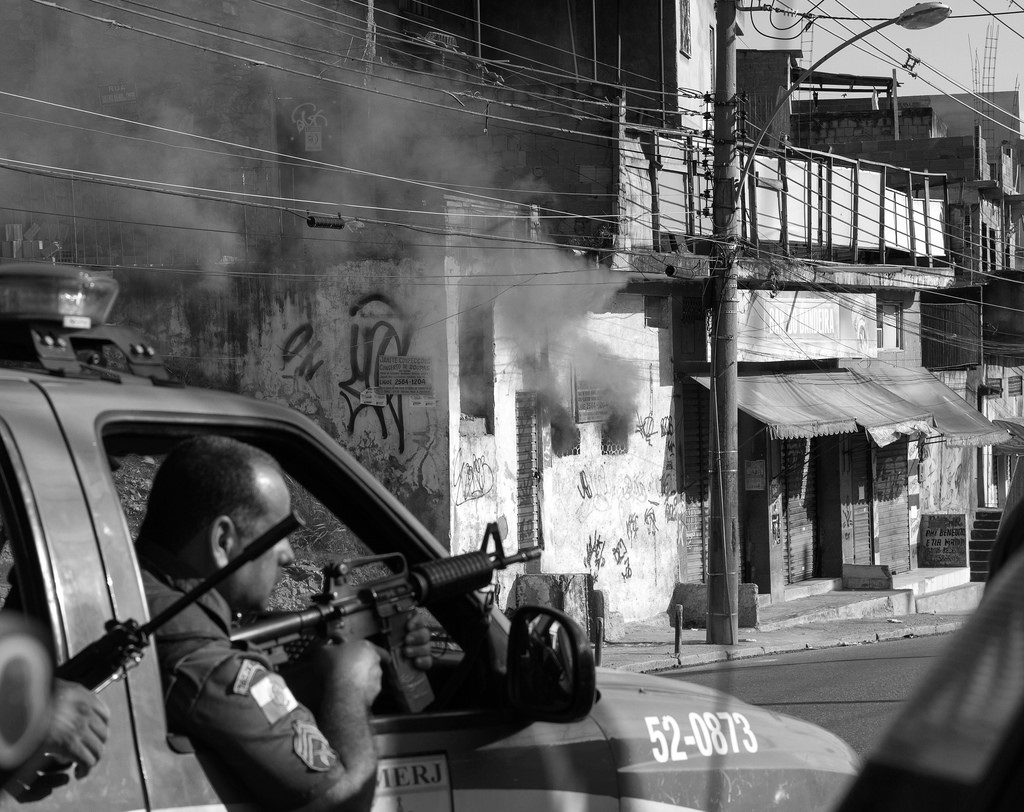 We can clearly state that “pacification” policy has no way to bring peace to residents of occupied communities. Instead, its goal is to ensure a sense of security for residents of the rest of the city, or for those traveling in the occupied regions, by using police force and territorial control in which democracy cannot be exercised beyond the permitted activities. 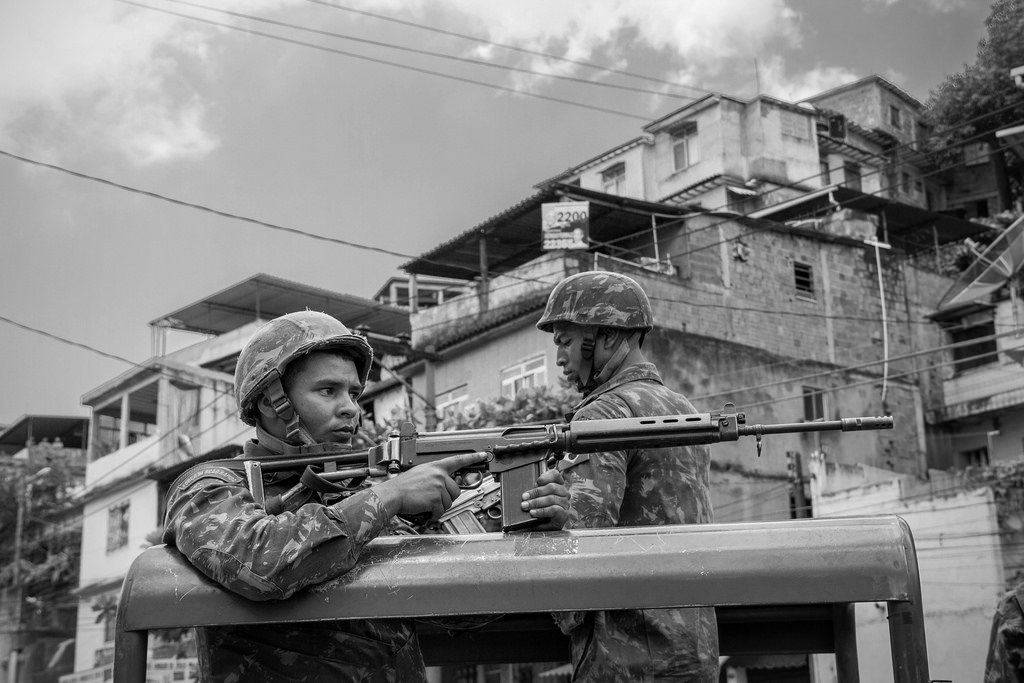 From the official BOPE (Special Police Operations Battalion) website, Decree No. 42.787 of January 6, 2011 states that the pacification program was established by dividing the implementation of a UPP (Pacifying Police Unit) into four phases: 1) Tactical intervention; 2) Stabilization; 3) Implementation of the UPP; and 4) Evaluation and Monitoring.

The BOPE, as everyone knows, is a military interventionist force trained for critical situations and the war against drug trafficking. In existence for over three decades, the force has staged innumerable operations in favelas, culminating in massacres and the deaths of residents. 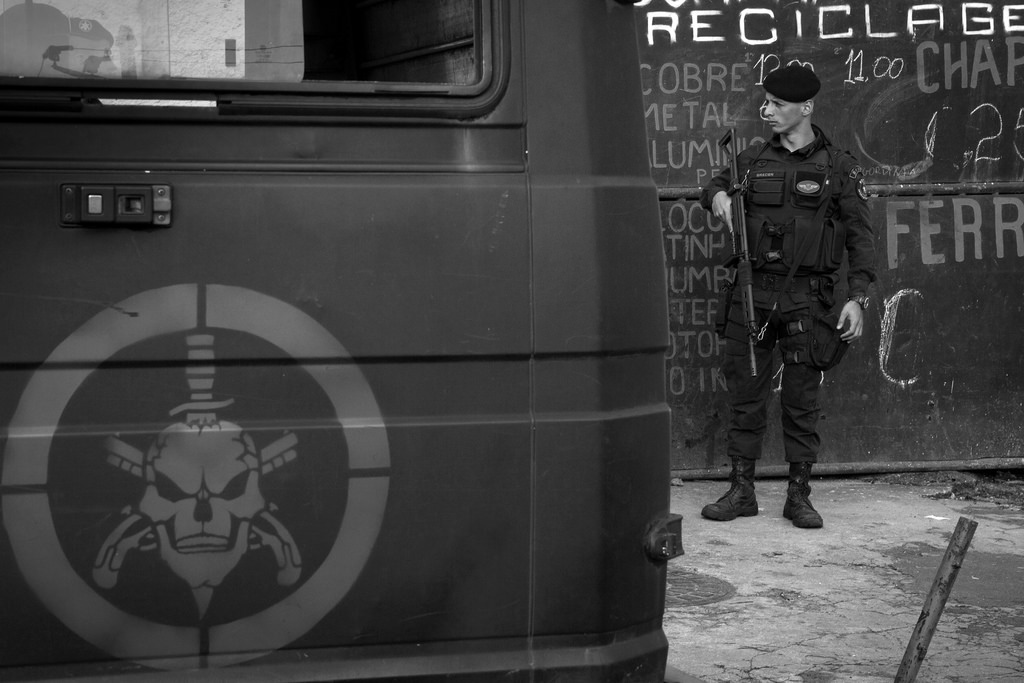 Nevertheless, the BOPE was put in charge of the mission to “pacify” these communities during the first two stages of the process mentioned above. After the UPP’s installation, according to the website, “…the unit not only occupies the land but also promotes interactive events within the community, such as meetings, sports tournaments, and religious events, among others.” With the actions of this new “command,” the UPPs become the new “bosses of the hill,” deciding what can and cannot be done, and by whom. 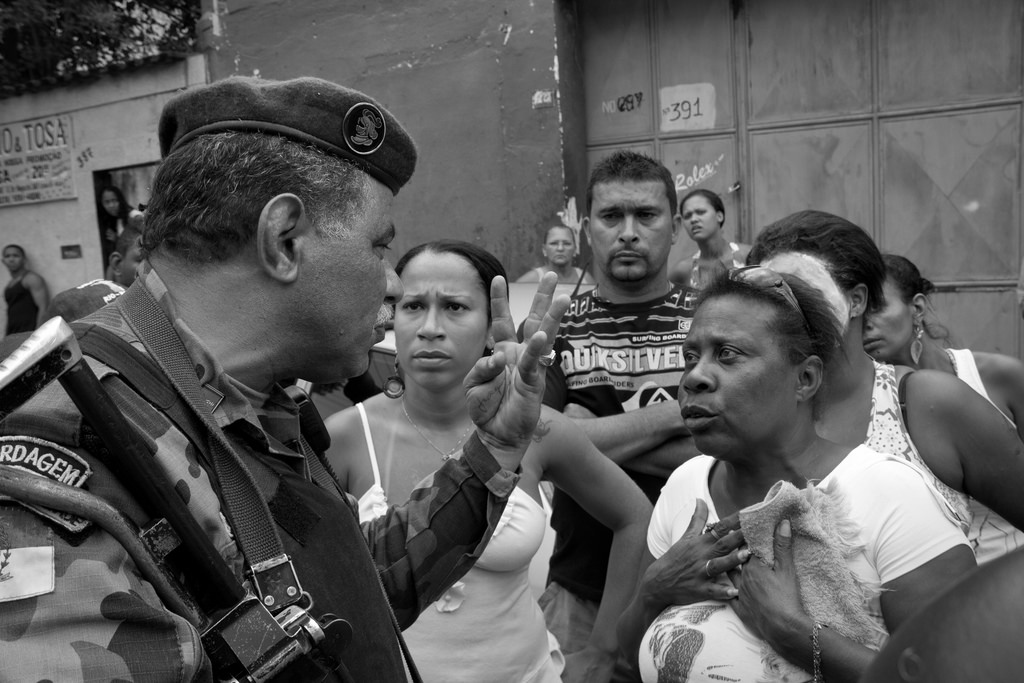 According to Maria Helena Moreira Alves, who got her PhD in Political Science at the Massachusetts Institute of Technology and is author of Living in the Crossfire, “Where the UPPs have been installed there exists a state of exception. People have their most basic constitutional rights violated on a daily basis. The police come in and out of houses when they want, they fire at anyone they want, and all with the justification of fighting a bigger enemy: the drug trafficker. It’s not much different than what happened under the dictatorship…The police kill more today than they did during the military dictatorship, yet without Brazilian society, particularly the middle and upper classes, showing the same indignation that they did then. Two UN missions have come to see the situation in Rio and have written some very serious reports.” 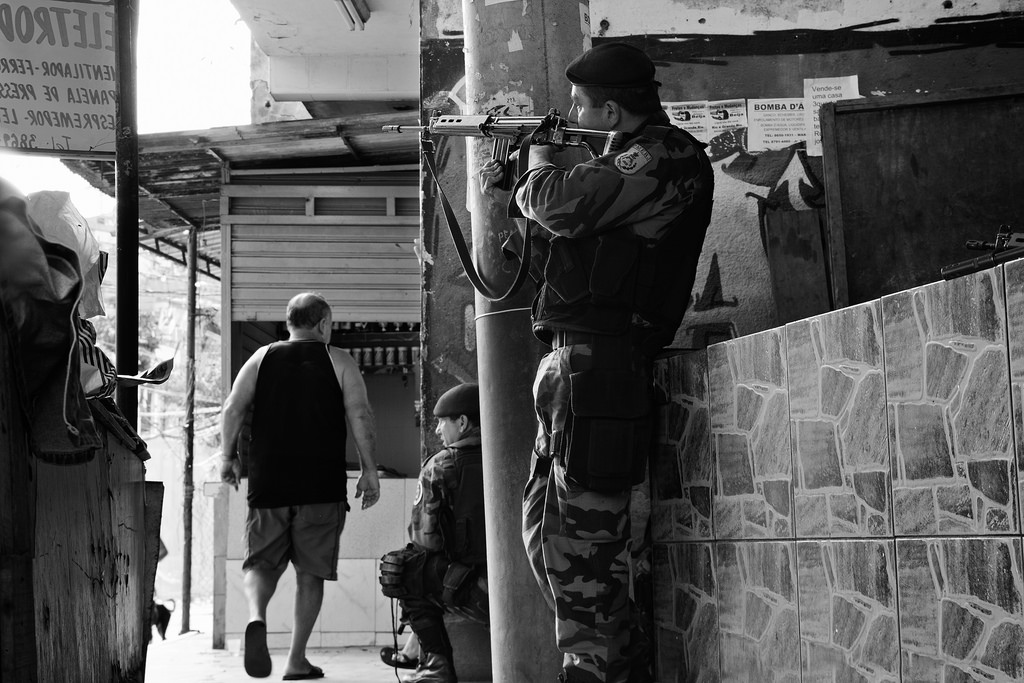 In their five years of existence, the Pacifying Police Units have been unable to break with a model of public security dating back to the Brazilian Empire. Moreover, they just keep implementing the first two phases of the BOPE’s pacification program: 1) Tactical Intervention, and 2) Stabilization.

Following the most recent protests in Complexo do Alemão and Manguinhos, which were forcefully repressed, Popular Assemblies and Forums emerged, showing that the demands of residents continue to be for participation and dialogue about the future of policing and security in the favelas. 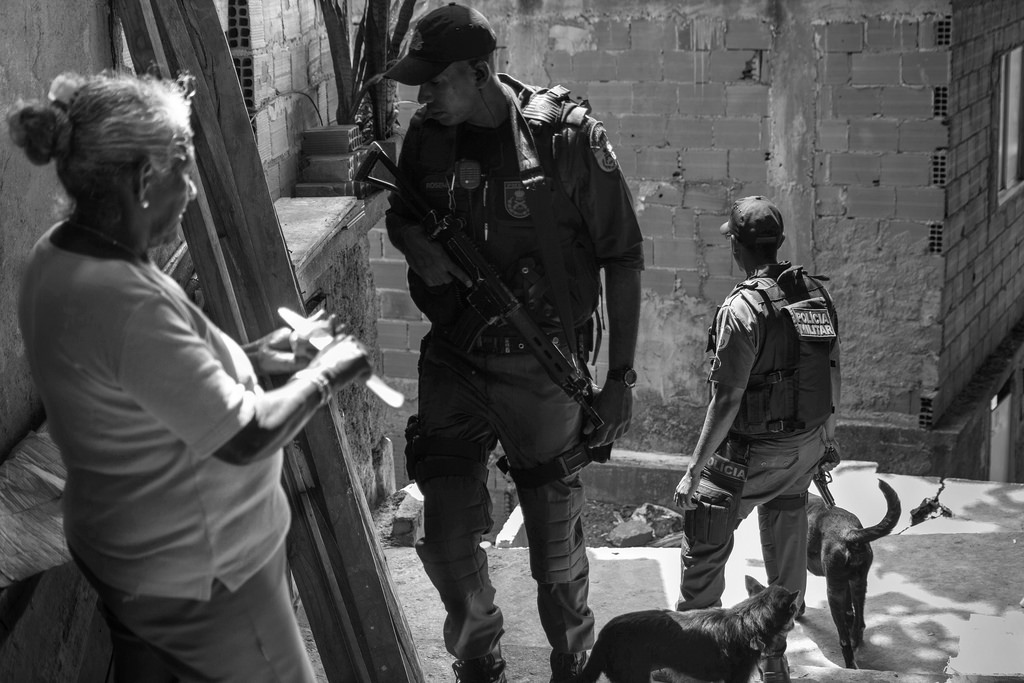 The residents of Complexo da Maré, worried about violations of rights that can happen in what is the biggest and perhaps most martial of the occupations, are also collectively organizing cultural events, mobilizing the community and drawing attention of other Cariocas (Rio natives) to the area.

The aim is that there be no repeat of infamous cases, such as the disappearance of Amarildo in Rocinha or the killing of young people by police. Amongst those youngsters were André de Lima Cardoso (19) from Pavão-Pavãozinho, José Carlos Lopes Júnior (19) from São João, Thales Pereira Ribeiro D’Adrea (15) and Jackson Lessa dos Santos (20) from Morro do Fogueteiro, Mateus Oliveira Casé (16) from Manguinhos, Paulo Henrique dos Santos (25) from City of God, Aliélson Nogueira (21) and Israel Meneses (23) from Jacarezinho, and Laércio Hilário da Luz Neto (17) from Morro do Alemão. 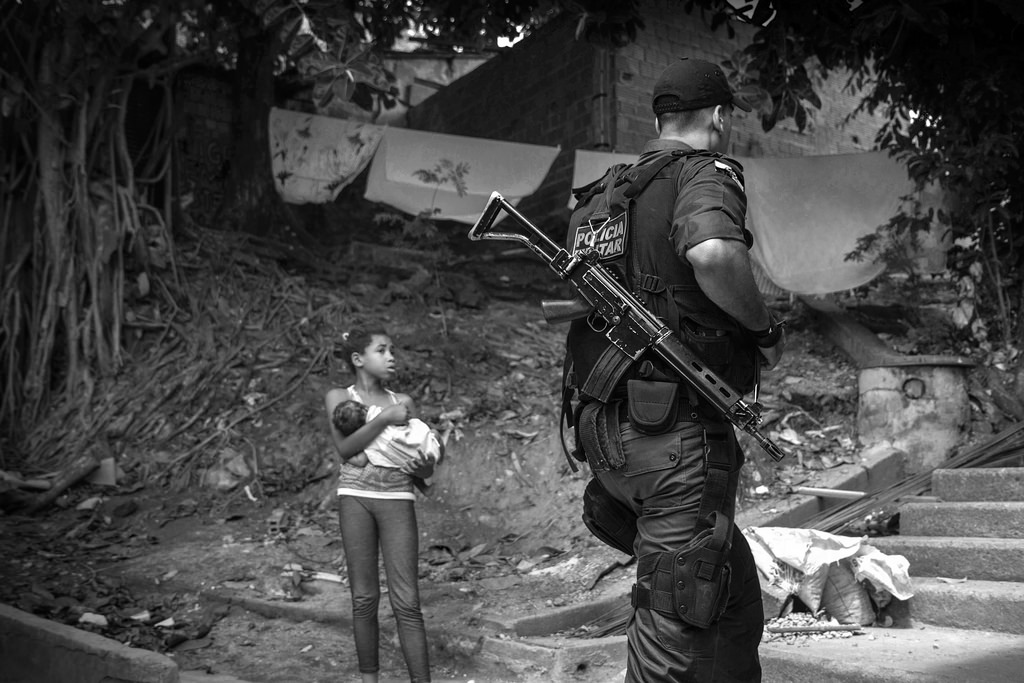 As the residents of Alemão said in their manifesto: “Proposals for ‘PEACE’ must be elaborated collectively with all of the favela. A policy for peace is not built with one foot in the door, gratuitously assaulting residents. Peace is not built with a caveirão (war tank). In the current model, ‘independent of who gives the orders,’ residents’ voices continue to go unheard. We are aware that the poor person has their place.” 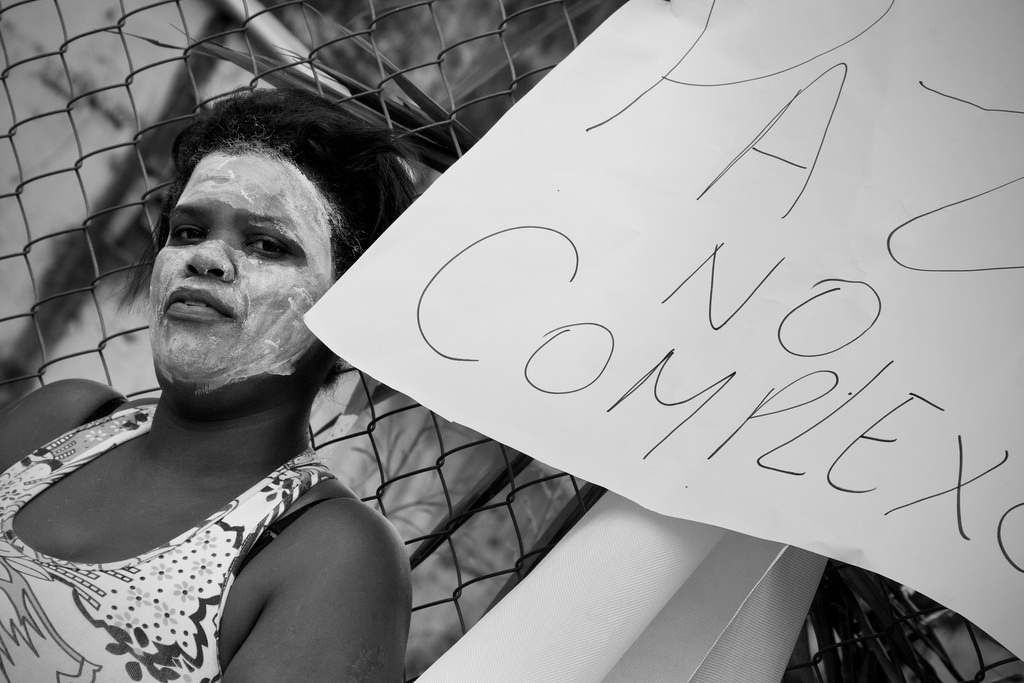 Luiz Baltar is a documentary photographer, a graduate from the Escola de Fotógrafos Populares/Imagens do Povo and a member of the collectives Favela em Foco and Tem Morador.