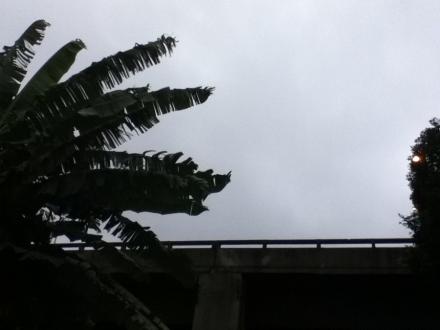 This city does not belong to you anymore. The Mayor has changed the rules, your neighbourhood is now far away, and there is a multi-million real development plan in place, which is starting to show its claws and wreak havoc. The logic that prevails is that of substitution–the problem replaced by make-up, sustained by the propaganda of prosperity.

The climate of euphoria brought about by the coming of two “mega events” to the city of Rio de Janeiro–the World Cup in 2014 and the Olympics in 2016–has led to vast real estate speculation in the city, expelling residents to increasingly distant neighbourhoods. In a city already known for its alarming social disparities, whose best known tourist points are located between the South Zone and the City Centre, the same part of the city where many-decades-old communities are based, an urban revitalization program should have prioritized infrastructure for the people who already live there. This would be the least expected. The public-private partnerships firmed up for this revitalization program, however, the largest of which is the “Porto Maravilha” (Marvellous Port) program, have the explicit objective of increasing tourist attractions in a city which already accumulates Brazilian cliché attractions; treating local residents instead like mere obstacles in the way of the enterprise. To take a guess at the beneficiaries, you just have to think of the best known names, who gain access to these projects including easy access to land and facilities from the government.

Evictions, displacements, houses where residents awaken to eviction markings scrawled on their walls, similar to Nazi practices–but this time by the Municipal Housing Secretary! These are the most alarming and noticeable collateral effects foreseen by these reforms. Other cities around the world have gone through similar processes of reconstruction and permanent work to accommodate the Olympics, generating an impact on the people of the city. But what they always forget to keep in mind when they export the beautiful and attractive models to the outside world is local context. What are the positive aspects this work is going to bring to the people of the port region, who for decades have been abandoned, waiting for help from the State? And when it finally arrives, is it to benefit new arrivals (rather than existing residents) to the area, who are obviously better-off financially and more often than not just visitors, getting rid of the long-time residents.

You are mistaken if you believe that the evictions that are taking place throughout the city are happening in the so-called “at risk areas”–or is it that a house set firmly on the top of the Providência Favela for approximately 100 years was in a situation of risk and they have only just realised this now? Would it not be more coherent to acknowledge that the threat of removal is directed at unwanted communities, for being in the way of the mapped out route of the revitalization project, without any participation from the local people? Factors indicate that even those who weren’t moved by such explicit processes as these ones, will in the future nonetheless, because the real estate interest generated by the euphoria of the transformation of the city brings with it new value to the land.

As I walked along the Rodrigues Alves Avenue (in the heart of the Port region) last Sunday, leaving Praça Mauá towards the central bus station, the scene was allegorical of such discrepancies: on one side, two warehouses of the port pier housed “Art Rio”–the first edition of the international art market in Rio de Janeiro, with packed stalls, a mix of tourists and potential buyers, some sitting on comfortable sofas sipping champagne. Of course this is not the first time an event like this has taken place in the area. But at a time when the occupation of the old chocolate factory, Bhering, by artists who use the space as their studio, is used in the campaign for Porto Maravilha as a pioneering aspect of the revitalization of the area, the presence of the market is symbolic, perhaps highlighting a position that maybe not all of the artists present there would like to occupy.

The view from Rodrigues Alves Avenue is cut by the Perimetral overpass, which will be buried and become an underground road–this reform is still anchored for the moment in the bus transport system, curse of our modernity. On the other side of the Avenue, we visit the occupation “Flor do Asfalto.” Different from Bhering, they announce themselves a “squat,” linking themselves to the global movement of occupying abandoned buildings, and they are a culturally and politically active group. The land, formerly of the Union, has been transferred for the revitalization works of the region.  The affected do the moving, that is the State’s position.  There’s no debate on that.

I am writing this article, spurred on by the initial studies carried out by people who have been trying to make these facts known to the population. The changes that are happening in the city affect the majority of people who live there, they are not isolated or distant facts but relevant. Even if they were, processes like these have profound effects and demand the participation of those who are involved: they demand a dialogue and not only celebrations and publicity campaigns. People who are simply looking to rent or buy an apartment It is can easily see what is going on, as can those who are capable of observing the ludicrous amount of work and construction occurring in their surroundings.

The Laboratory of Insurgent Cartography put together by the Public Interface Collective, together with many other collectives, find themselves at a time of “pre-lab.” The idea is to discuss with the local community and anybody else interested, and expose the problems of these changes, to discuss together alternative tactics, ways of doing things and their meaning by way of diverse workshops.