Director and founder Waldemir Correia, with his unexpected energy and youthfulness, is a constant presence in all spaces at the Cultural Center, kidding in the courtyard with afternoon ping pong players, shouting reminders about manners and upcoming soccer matches in the hallway, and playfully hugging any child that passes by.

Each week, Caixa offers dance, theatre, percussion, and martial arts classes for children and youth in nearby communities. Caixa has worked with over 1,000 children and adolescents since the late 1970s, as it evolved from a band known for revolutionary lyrics into a group dedicated to musical activities welcoming local youth.

In the late 1990s Caixa’s work space was comprised of Waldemir’s front porch. Worried about the prevalence of sensual dancing at a very young age among local children, Waldemir and Leidimar Alves Machado, Caixa’s Project Coordinator, began inviting young girls to dance on their porch. “Waldemir started playing classical music for them to hear, and at first, no one wanted to dance to (it); they all wanted to dance funk. It was a real achievement. We didn’t even know how to dance, but we were able to do some movements with the children. It worked out so well, that the kids left and came back the next day, and they kept coming back,” Leidimar explains. 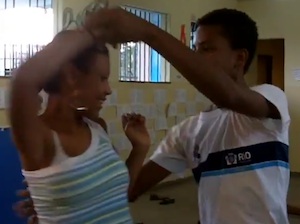 Since the 1970s, Caixa has formed innumerable partnerships with local and international institutions and has seen many of its participants grow into teachers. One former student, Michele Ferreira de Souza da Conceição, shares, “This growth within Caixa was great because we passed on what we had learned to other children, and our focus was always life. Even to this day, now that I’m a teacher, I spend most of my time teaching about life.” Through her participation in Caixa, Michele was awarded opportunities to travel to Canada and Russia to dance. Former participants attest to what made Caixa different: Leidimar and Waldemir’s concern with all aspects of the participants’ lives. “At first we thought it was annoying, but then we came to depend on it,” explains Michele, who tells stories of how she continued to rely on Leidimar even on her wedding day.

A common theme at Caixa is transformation. Community leaders transformed by the results of their work, teachers transformed by students, students by teachers, communities by local projects, artists by the arts. Leidimar speaks of personal growth through her leadership role at Caixa: “I gave up everything I did before. I gave myself over, dove right in. My greatest growth has been the ability to free myself and to give of myself as I do today. And all of this is thanks to the work we do. Today I am an accomplished person.” 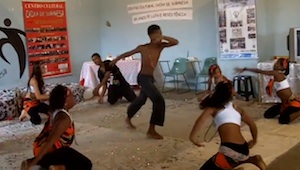 Waldemir speaks of Caixa as the catalyst for “a symbiosis of art and self” within him: “This exchange that I’ve achieved with art is what keeps me alive… I wake up and go to bed at night knowing that art is a necessity within a larger need for transformation for our favelas. We here at Caixa always use art as a form of communication to minimize the vulnerability of our communities.”

Edson José Ferreira, Caixa’s theatre teacher, brings his own story of personal sacrifice and self-transformation through theatre to his work at Caixa, having used Christmas money and sold raffle tickets to pay for his own acting classes as a teenager.

Edson decided that his theatre students would perform Romeo and Juliet to conclude the basic theatre course: “I decided to use Romeo and Juliet because it’s a universal text. Everyone likes Romeo and Juliet, it’s timeless. But the truth is that not everyone has access to the theatre. So for the community it was a chance to get to know Romeo and Juliet for the first time.” After all the preparation, including producing costumes from reused and recycled materials, Edson talks about how gratifying it was to see a packed audience with viewers from across the city. What’s more was the personal transformation he witnessed among actors: “We used three or four different Juliets and two Romeos to diversify each scene. This way everyone got the chance to be Romeo or Juliet at least once,” he explains. 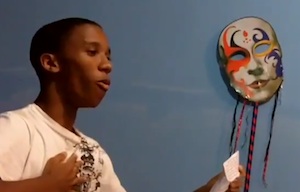 Former students affirm these transformations and recognize the role art plays at Caixa. Dayane Conceição attests to her personal discoveries and convictions: “I was able to find a way to express myself through dance. I could communicate an interesting message using my body. The best moments of my life happen when I’m dancing. I think we can communicate through art. We can transform. We can revolutionize.”

Caixa uses the arts as a tool for transformation. Dayane highlights what the arts are really about at Caixa: “The objective was never to train great dancers or great actresses. It was to transform these children into people capable of being in charge of their own stories. We never had to shine as artists. The shine comes from being happy with what you’re doing, whether you dance well or not.” 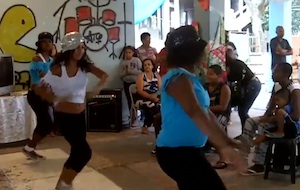 On October 16, 2011, Caixa celebrated four years at its current Cultural Center, a public building project organizers revived following years of abandonment. Learn more about Caixa de Surpresa on Facebook or as a solution on WiserEarth.