Vila Autódromo, in Rio’s West Zone, is under extreme pressure of evictions from the City in preparation for the 2016 Olympics. Most residents have left, selling their houses to the City or exchanging them for public housing. On Wednesday June 3, the situation worsened as violent clashes with the police resulted in six injured residents. 81-year-old resident Dona Dalva is among those that remain adamantly resisting eviction. “We are going to carry on living here–I came [to Vila Autódromo] because I needed to and I still need to,” she said.

Twenty-five years ago, Dona Dalva was forced to find a new house and settled in Vila Autódromo because she could not afford to live elsewhere. “My children already lived here and I could not pay rent,” she said. “I did not have a job and I was how old? I am 81 now, so 50 and a bit. I couldn’t get a job, as I was already older. So I came here. My children got together the money from their holidays. They built this room here, thank God, and I stayed here.”

Now, due to the community’s location next to the future Olympic park, Dona Dalva faces the prospect of another relocation, something which she fears will have serious consequences for her family: “My grandson, he has a baby with difficulties.” Dona Dalva’s great-grandson was born prematurely and, at two-and-a-half months old, requires intensive care at the local hospital; he is fed via a tube in his stomach and “cannot walk, cannot sit, the baby is not even there.” As a result, the baby needs to be supervised by his parents 24×7. “The dad looks after him during the day and his mother at night. So they cannot have a full-time job now until he finishes his treatment.”

Because of this, Vila Autódromo’s location–near the hospital treating her grandson–is key for Dona Dalva’s family. They fear that if relocated to public housing or if they have to buy a new house, it will put further strain on the family, and even jeopardize the baby’s well-being. 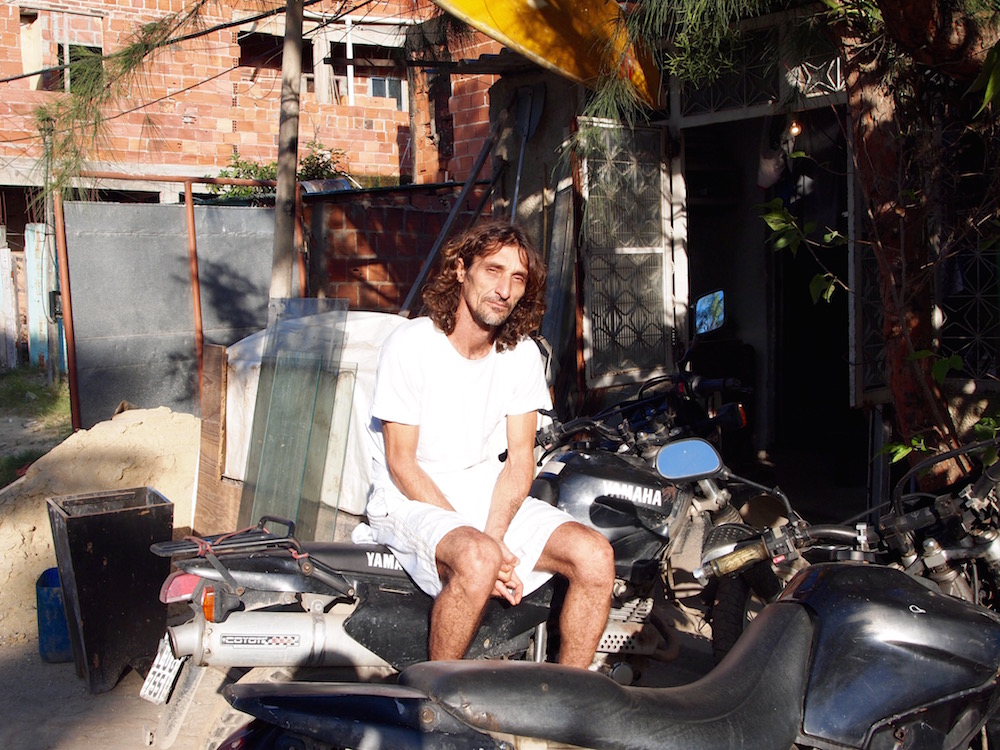 Dona Dalva’s son, Delto, 29, is a massage therapist in Barra da Tijuca and has similar fears that relocation would damage his livelihood and his children’s education. Until now the City has only offered him public housing far away from Vila Autódromo, which he turned down. “Who will pay for the cost of my car to go from there to here every day for work? Who will pay for the hours I spend coming from there to here and from here to there? Who will pay for the expenses for my children to go to the schools here? They are good schools and soon they will have to leave and go to schools that are not as good.”

In the meantime both Dona Dalva and Delto intend to carry on as usual. She says she has yet to receive an offer from the City. “They already know that I go to every [community] meeting there is,” she said. “So they must already know that my idea is to stay.” 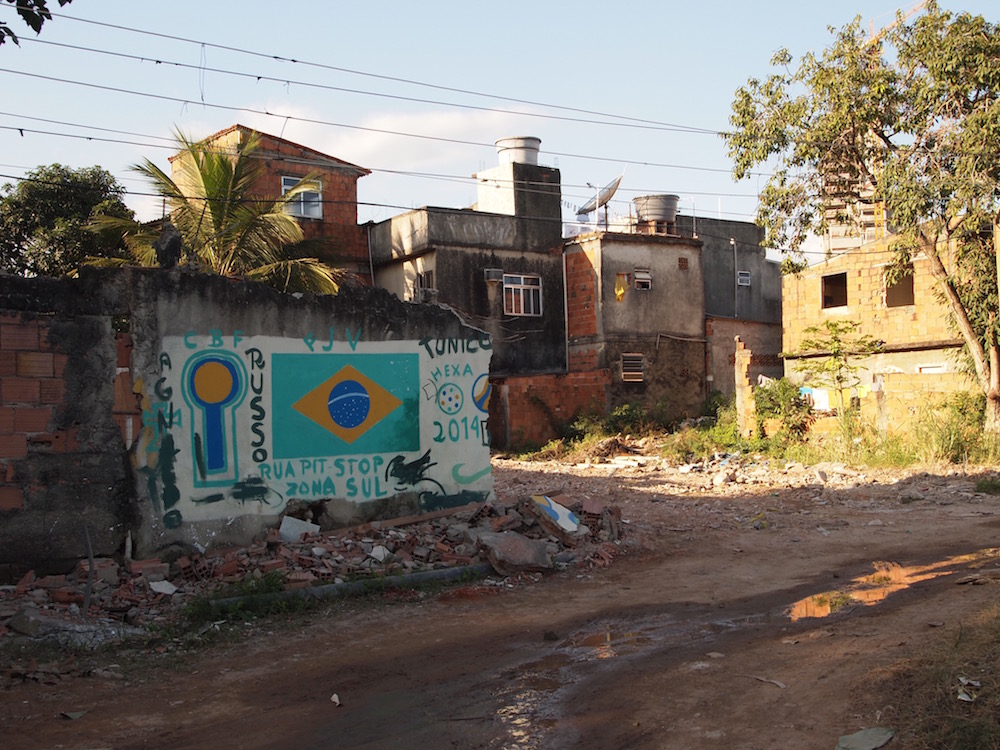 But despite her determination to stay in the community and make good on the Mayor’s repeated promises that some residents would be allowed to stay, she laments that what once “was a beautiful community” has now been destroyed by bulldozers. “Because now everyone is leaving. There were 500 and something houses here, but now I do not even know how many there are left.” Delto adds: “It is sad to see this, to see the kids without their friends to play with.”

Dona Dalva remembers the feeling of community that is now gone. “My boss lived in Ipanema. I ironed clothes there to make a living. She [my employer] used to say, ‘Dona Dalva, you are lucky because I only see a neighbor when I get in the elevator.’ Well, where we live is not like that. We live in a big family. This was a big family.”

She is adamant that if she has to leave, public housing is not an option she will consider because “everyone loses each other, they lose relatives and children. It happened as soon as this rush to go to the housing began. And now the majority of people don’t like living there.”

Delto is also scathing of the public housing projects offered by the City: “People wait in line for a space in the Minha Casa Minha Vida (MCMV) program, while people here were removed to apartments in the MCMV project. People [here] were not even enrolled, nor were they in an area of risk, nor were they without a house.” The MCMV program was designed to remedy Brazil’s huge housing deficit, providing housing for those in need. In Rio, more than half MCMV housing has been used to rehouse those evicted from functional favela homes.

He laments what has happened to his community is emblematic of the “lack of justice, lack of planning, and negligence [by the City]. They do not govern anything, they just take advantage.”