On Thursday July 9, the Port Urban Development Company (CDURP) of Rio de Janeiro held the last meeting in the series of weekly thematic sessions on the elaboration of a public housing plan for Rio de Janeiro’s port area.

The first meeting in the series took place on June 10 and was organized by the Municipal Housing Secretariat (SMH). Over the following weeks, a group of port residents, social movement representatives, academics and journalists participated in meetings led by Alberto Silva, president of CDURP, to discuss the area’s demographics and resulting needs, the improvement of living conditions, and, finally, on July 9, the concept of social rent. Throughout, the meetings aimed to address the needs of current residents of the area first, followed by the needs of people who want to move to the area to be closer to their jobs.

Following the introduction, Professor Orlando Santos Junior and Mariana Werneck, both of the Metropolis Observatory, a research group based at the Federal University of Rio de Janeiro (UFRJ), gave a brief presentation about social rent. The concept is relatively new to Brazilians, with São Paulo the only city where it has been implemented in a more extensive way. The professor began by reminding the audience there is “international as well as national legislation reaffirming that every person has the right to housing. It is as fundamental as the right to live. It is from this initial idea or starting point that we can look at various national and international experiences of social rent.”

The Rio State Secretariat for Social Assistance and Human Rights (SEASDH) defines social rent as a temporary solution, beneficial to families affected by catastrophes and disasters, as in the cases of various municipalities in the Serrana Region, and of Niterói and São Gonçalo, affected by heavy rain in 2013. Social rent has also been used when communities are removed due to the implementation of municipal and governmental urban revitalization projects, including the cases of Complexo do Alemão, Manguinhos and Pavão-Pavãozinho which have received PAC acceleration program projects.

The Rio State Secretariat for Social Assistance and Human Rights (SEASDH) defines social rent as a temporary solution, beneficial to families affected by catastrophes and disasters, as in the cases of various municipalities in  Rio State’s mountainous region, and of Niterói and São Gonçalo, affected by heavy rain in 2013. Social rent has also been used when communities are removed due to the implementation of municipal urban revitalization projects, including the cases of Complexo do Alemão, Manguinhos and Pavão-Pavãozinho which have received investments from the federal Growth Acceleration Program (PAC).

Orlando Santos Junior added, however, that “social rent could also be used as a permanent solution for housing, ensuring the right to housing without the need for individual property ownership. In this case, the person has access to public or collective housing, pays a low tax for maintenance, and has full rights to housing.”

He offered a series of case studies of social rent in various European countries, where social rent policies range from the provision of public housing complexes—which can be either public or owned by accredited agents (usually non-profit)—to the distribution of subsidies to allow recipients to rent in the private market. In this case, the right to receive such subsidies is linked to a certain social situation, such as unemployment or low income. “The main difference between Europe and Brazil,” Orlando Santos Junior said. “is the fact that private property in the EU, apart from in a few Southern European countries, is in decline, with only 56% of all housing being private, whereas in Brazil people still live with the mentality that says owning a house is a fundamental life goal.”

Mariana Werneck continued by presenting the case of São Paulo, where a social rent program consisting of five projects was launched in 2002.  According to the researchers, the program’s success “is mainly due to its small scale as well as a certain form of participation in the process and management of the project, such that the program’s building ended up being adjusted to specific needs of target groups.” Aldair, from the Central de Movimentos Populares (Center for Popular Movements, or CMP), stressed this element of the program, underlining the importance of matching the program to the “profile of the people who have the right to get this social rent.” 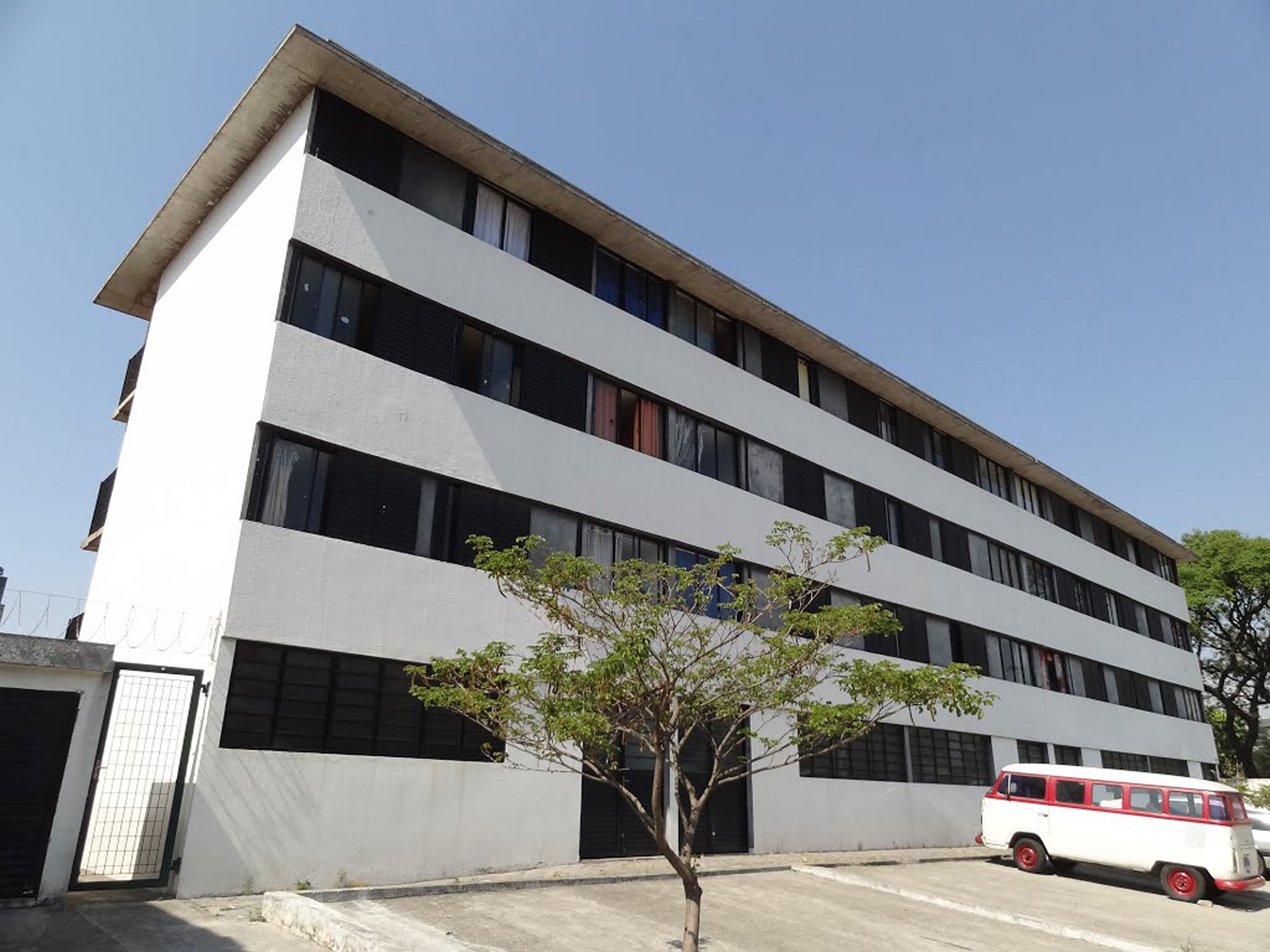 According to Alberto Silva, social rent is an “instrument to regulate rent prices, in this case, in Rio’s central area, making available a stock of housing and representing an alternative for families who wish to live centrally, close to work.” In the case of the port area, priority access to affordable housing would be given to port residents within the Porto Maravilha Area of Special Urban Interest (AIEU-Porto Maravilha). Social rent would encourage urban renewal focused on housing, increasing the density of the buildings in the area.

The idea of social rent was generally well-received by the audience. Some participants, however, criticized the fact that the discussed plan does not seem to consider factors that are crucial to other aspects of a livelihood, beyond housing. Several people pointed out the lack of educational institutions, grocery stores and open air markets in the area, and insisted the priority should be on building for the people who live there, rather than building hipster fairs and new museums to attract tourists and Cariocas from the South Zone. “It is all make-up,” said Ana, resident of the Saúde neighborhood in the port area.

The first complete version of the participatory plan will be presented at the last in this series of meetings, that will take place in the coming weeks. The document will then be submitted to the Advisory Council to the Municipal Fund for Social Interest Housing (Conselho Gestor do Fundo Municipal de Habitação de Interesse Social). Felipe Nin of the Bento Rubião Foundation, however, is worried about the next steps: “Are we going to be involved in the execution of the plan as well? These meetings should most certainly not end here. Instead, we should follow the examples presented by the Metropolis Observatory, where participatory meetings become part of a routine, and we should be able to follow [the process] all the way to completion.”