“Our rap is a discussion, an idea, an exchange,” says the first track on Antiéticos’ new mixtape, Ético Molotov. Three “interview” tracks are woven through the album and serve as a mission statement for the rap collective.

‘Antiéticos’ translates literally to ‘unethical,’ but the idea behind the collective’s name is not about “a lack of ethics or unscrupulous people,” the group explains on its website. Rather, the name is meant to represent a challenge to “the standard ethos imposed by society—the group that controls the world today will see us as transgressors, nonstandard because we endanger their sense of comfort.”

As a rap group of three from different favelas of Rio de Janeiro, Antiéticos seeks to promote love in the black community while denouncing racism and violence. They contest norms by breaking down society’s racist conception of the black community as interchangeable with violence and drugs, especially in their hometown of Rio.

“[Our rap] isn’t moralism, it isn’t ordering anyone to do anything. The ultimate purpose is to tell the black community to empower themselves to the maximum, study, live well, take care of themselves. That’s it. Everything we do is for love. For our people,” says Flávio Villar Vieira, or Frávio SantoRua the poet, on the interview track. 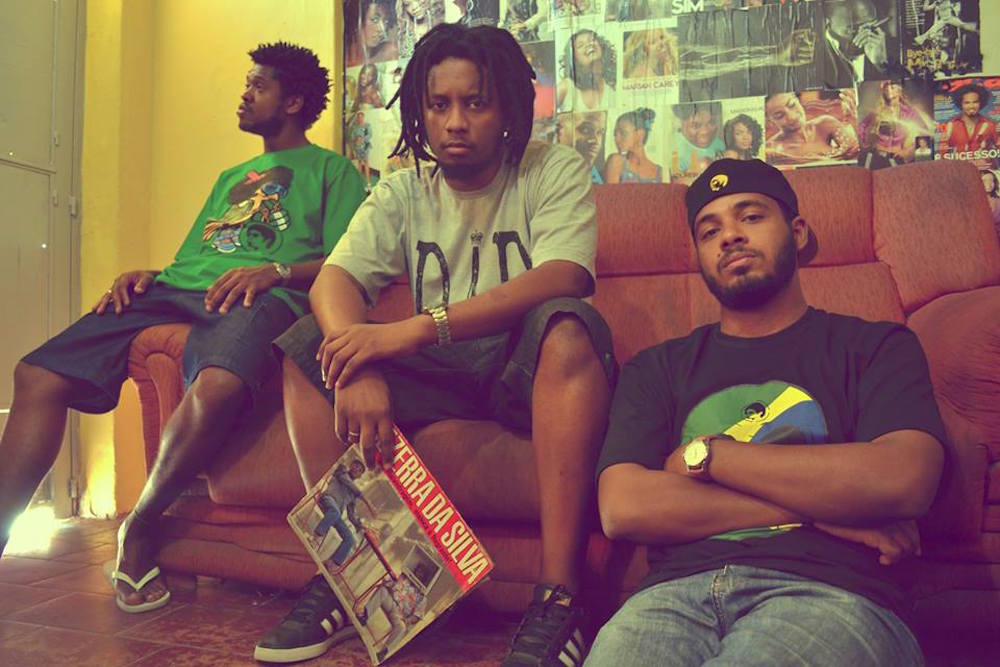 Although the collective wouldn’t officially become the complete Antiéticos until 2012, the group’s beginnings go back to when Flávio Villar Vieira, or Frávio SantoRua the poet, and Thiago Costa, or Thiago-Ultra the MC, first met in high school and discovered a shared interest in rap—specifically an interest in the themes of racism and stigma towards the black community which rap music explored.

“We started to see how things worked. The behavior of black boys and girls in school,” says Flávio, sitting with Thiago and William at Complex Esquina 111 in Ipanema, a bar where they often meet and play music. “Rap was saying [race and stigma] was because of this and that and we thought, do you really think that’s what it is? So we started to observe [these themes] and we started to discuss.”

“We decided to create something in school to expose this type of reflection,” Flávio continues. This “something” took many different forms in the beginning, from a school magazine to a large study group held in a shopping mall.

After two years of holding discussion groups, the pair decided that this type of reflection wasn’t as open as music and art could be, and returned to rap. It was at this time that they crossed paths with William in class at the Rio State University (UERJ) and formed Antiéticos.

“This dude here,” Flávio says, pointing to William and chuckling, “found us and said, ‘I want to be a DJ.’”

“It was crazy,” William explains, laughing. “ I would get music from Thiago’s blog, but I didn’t know him. And then I met Flávio in college… and it was really funny, because I told him exactly that, without knowing [the relation], that I wanted to be a DJ. So he said, then be [our] DJ!”

The group released its first virtual mixtape in 2012—Antes que as estrelas se apaguem (Before the stars turn off)—and in December 2014 they released Etico Molotov as their second, both virtually and on CD.

Antiéticos produce their music completely independently with the help of family and friends. The group buys and records its own CDs, and William’s brother does the cover design for the CD, as well as the design for their website. The group trades its CDs for hugs.

For Flávio, William, and Thiago, meeting up is not always so easy. Flávio comes from Complexo do Alemão and Thiago from Irajá—both in the North Zone of Rio but over an hour apart traveling by public transportation. William comes from Vila Kennedy in the West Zone, about two hours by bus from Flávio and Thiago.

However, when asked how the distance impacts their collective, they all agree that despite the extra travel time it makes their group and their music stronger.

“To be from different favelas is symbolic,” says Flávio. “Here in Rio, there’s a war between [drug] factions. In some places, you can’t go to other favelas. There’s a lot of separation. So I think our being from different communities symbolically breaks this illusion.

The group members explain that by coming from different favelas, they have been able to “observe different sides of this reality,” thereby strengthening their discussions. At the same time, Flávio says, “it is a reality that is the same for all of us.” 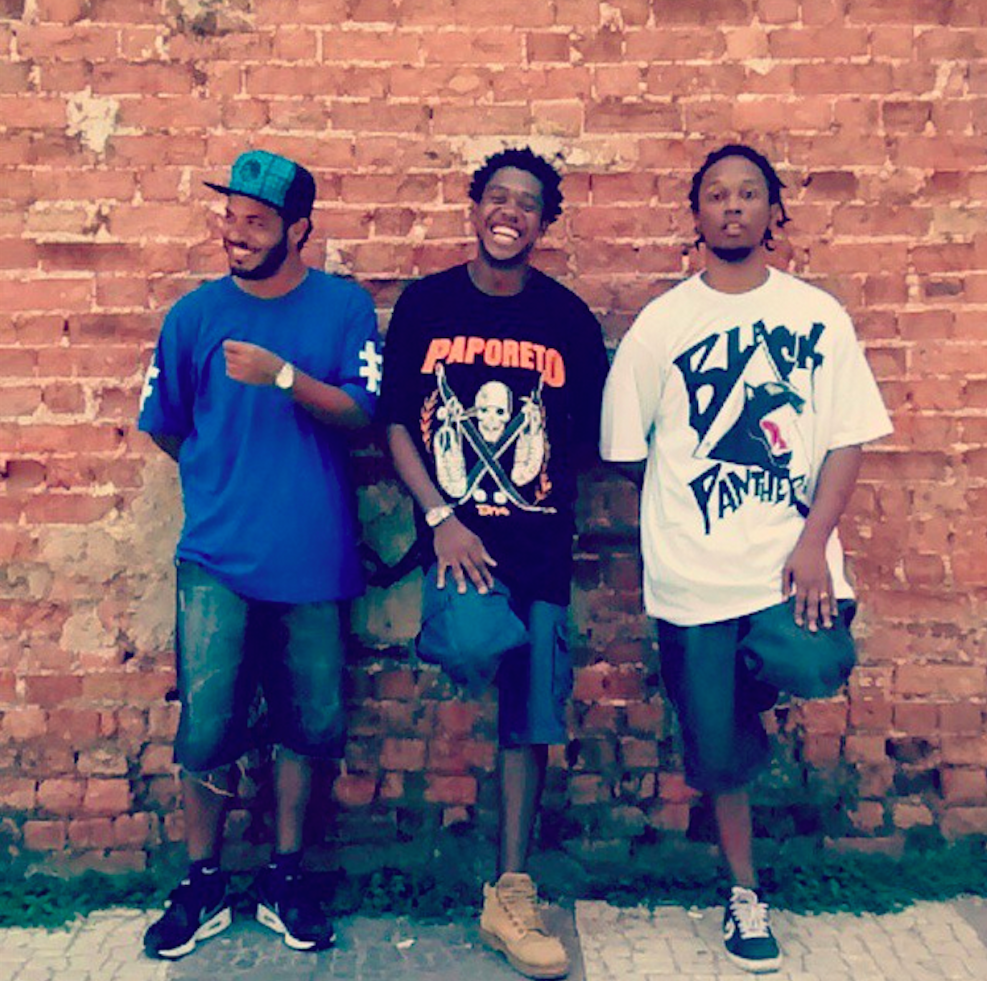 “There’s been a lot of hate in the black community since the first Africans ‘arrived’ here…since the beginning of domination,” says Flávio. “We die every day. In our community, every day there is death. Today, what time is it? Four? 86 blacks probably died today…from hunger, from thirst, from sequelae, killed by someone, killed by the police…

“For us, the city of Rio is chaotic, racist, cruel… If we can survive in this place, if fewer people die tomorrow, if there can be a little more love, then we’re doing something.”

Although Antiéticos continues to hold study groups, the members’ primary discussions now take place though their music: “Our goal [at our shows] is to leave everyone on the same vibration,” says Thiago. “We speak with people in a different language, a different way.”

“Sometimes at our shows, we’ll talk and people cry,” says William. “There are people who laugh, there are a lot of different reactions. Crying or laughing, or whatever their reaction is, it’s important to them in that moment… That’s what music does.” 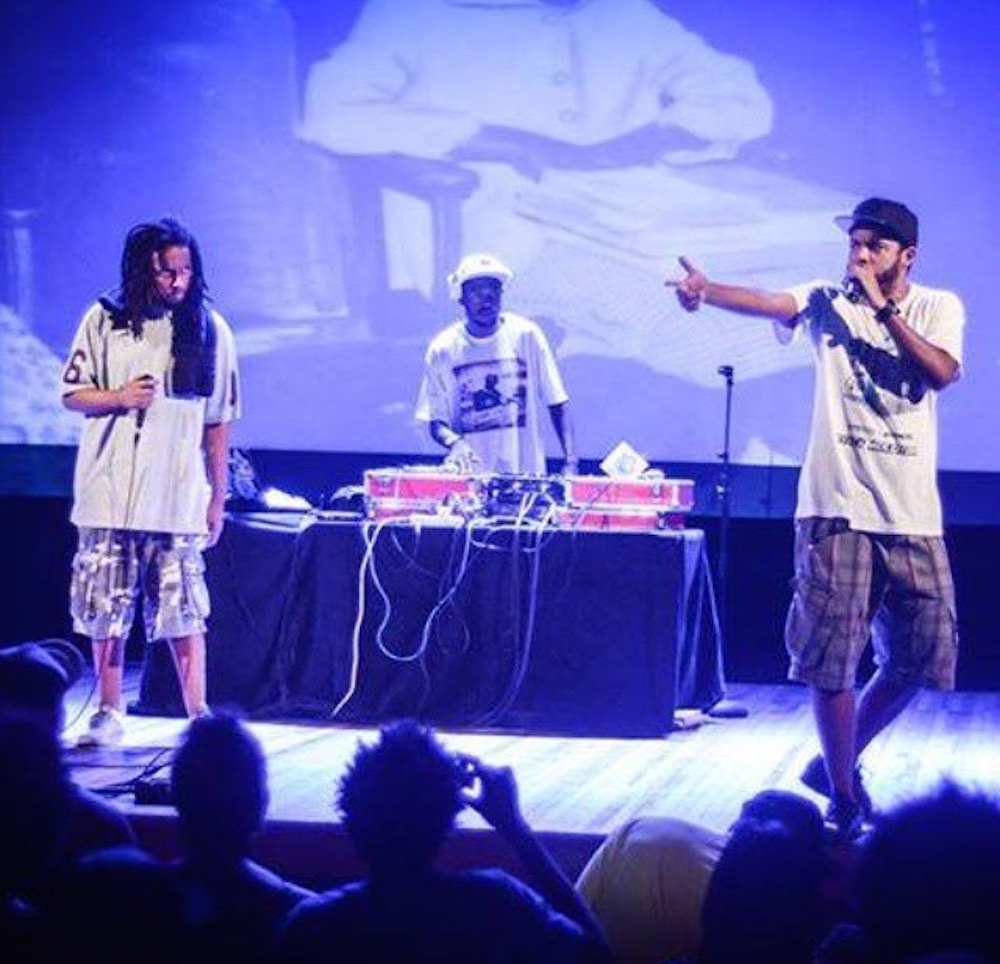 The group is very excited by the response they’ve received. “We’re known as the group that trades mixtapes for hugs… We’ve met people in the pharmacy, on the train, in Lapa, hugging us, saying, ‘I want a mix tape!’ And this is so cool!” says William.

For Antiéticos, music is all about the collectivity of their communities: “Our main objective is to bring people together in the same space,” says Flávio. “From there, they create more discussion, they create relationships, force, life—they create love. Which is what it’s all about.”