This post is the final of four RioOnWatch contributions to Blog Action Day 2015 in which bloggers around the world reflect on this year’s theme: Raise Your Voice. Check out our full series here.

This week, when the National Day for the Democratization of Communication is celebrated, it is important to be aware of the current situation facing community journalists in Rio de Janeiro’s favelas, where censorship is one of the main problems they encounter.

This year, the Rio de Janeiro Youth Forum published a report entitled “The Militarization of Rio’s Favelas” which contains numerous allegations of journalists who were threatened, searched and removed from their homes and places of work, and that these threats have increased within Rio’s favelas following the introduction of Pacifying Police Units (UPPs).

Thaís Cavalcante is a community journalist and current coordinator of the O Cidadão newspaper which has been circulating for 16 years in the Maré favela complex, located in the North Zone of Rio. She said that communicating within the favelas has been a very delicate operation: “The communication that takes place inside favelas is more delicate than in other places. Besides being journalists, we are residents. We take extreme care and we are involved in everything emotionally too.”

According to Thaís, when the military occupied Maré’s streets, journalists felt restricted from reporting from the streets and producing articles on topics related to human rights: “We felt limited in our ability to report and photograph what was happening, whether with respect to the army or an everyday cultural event. I’ve been shouted at by a military officer on how to talk or say good morning but I didn’t respond because no one is obliged to be polite to the oppressor. As a journalist I have always been careful about what I do when I’m near them, but often I have had to identify myself, the newspaper, show them the website, my name and so on,” she concluded. 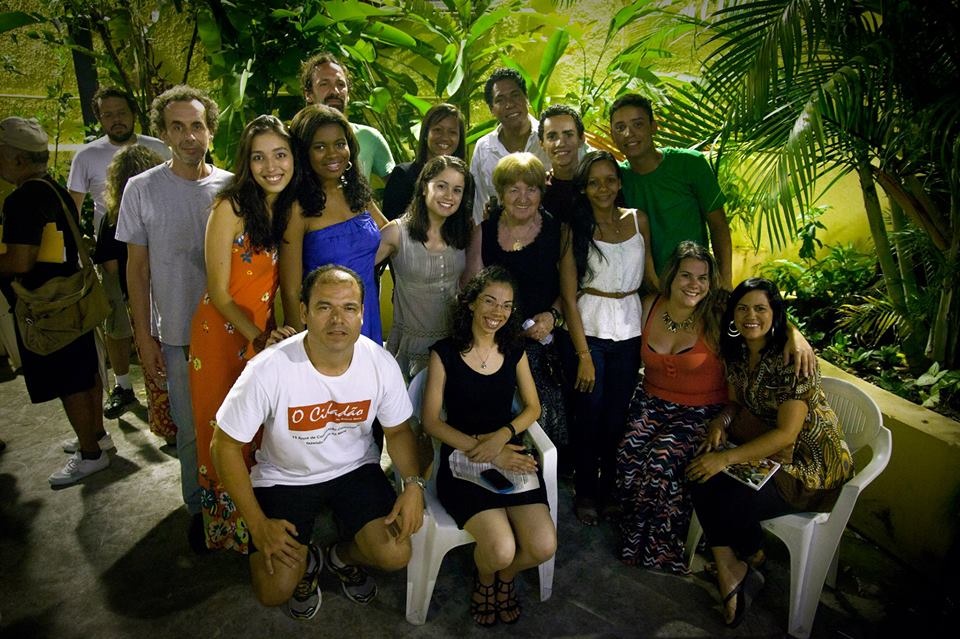 According to the Forum report data, the types of occurrences that are taking place in Maré are also seen in other favelas. The story of a young community journalist participating in a project in Manguinhos demonstrates this: “I witnessed a police officer approach a citizen who was driving by in his car listening to loud funk music. The UPP officer accosted the citizen pointing his rifle at him and demanding that he stop. I filmed the confrontation from across the street. The policeman saw and told me I could not film them and that he would take me to the police station. Psychological pressure is characteristic of the UPP. In the end he wrote down the names of everyone, the driver of the car, his passenger and me, and registered it in some database I don’t know. In the midst of this, two more residents arrived and tried to talk to the police. The officer said that if he caught the driver listening to indecent music or the person who filmed it again, both would be taken to the police station.”

In some favelas, searches and banning people from circulating with cell phones have increased because a cell phone can serve as an important instrument to highlight complaints and show when police officers are violating citizens’ rights. An example of this is Coletivo Papo Reto based in Complexo do Alemão, also in the North Zone of Rio, who speak in the report and on social media of the times they suffer police threats and intimidation: “We’ve just left Police Station 45 here in Alemão where our friend, photographer Carlos Cout, was released after being arrested for contempt and resisting arrest for not letting UPP officers look at his cell phone. Cout is a photographic reporter for Coletivo Papo Reto, but even upon showing identification he was driven to the police station. When he arrived there, they saw several links and repercussions [from that day’s actions] and he was given the ‘opportunity’ to ‘let it go.’ Carlos did not ‘let it go’ and proceeded with the complaint. Everything indicates this is another rights violation aimed at community media.”

These incidences of intimidation are not isolated in one or two favelas occupied by the UPP. All three reports are by journalists who doing important work reporting on violations in their local neigborhoods. There are many cases when the reporters’ coverage has managed to go viral and show the real situation of their favelas: that the state is constantly threatening and violating rights on a daily basis. It is necessary that society, journalists and human rights defenders pay attention to these facts collected by community journalists who are no longer able to carry out their work in Rio de Janeiro’s favelas.

Paula Mairan, president of the Rio de Janeiro Journalists Union, said: “Brazil’s dictatorship ended, but censorship hasn’t. We have a logic that maintains the political and economic power of a minority which includes some media businessmen. It is not of interest to those who defend that political and economic system, for the people to have voice. We have cases of physical violence, we have cases of arrests. Today popular and community media act in resistance and even underground. Because of this, the fight for the right to communication cannot concern just a few. It concerns everyone: society, journalists and communicators. This is a central agenda. Communication is a human right. People have to have access and express themselves through their own media channels.”

Gizele Martins is a community journalist from the Complexo da Maré favelas.