A ceremony was held on Saturday, December 12 at Pedra do Sal in the Port Region to celebrate ten years since the site was recognized for its historic importance as a quilombo, home to the descendants of enslaved Africans brought to Brazil.

The ceremony, known as the Balaio das Yabás and held by the Association of the Remaining Quilombo Community of Pedra do Sal (ARQPEDRA), simply known as the Pedra do Sal Quilombo, began with a breakfast and a Candomblé ritual at the historic site. Drummers from the Filhos de Gandhi group then led a procession of residents and supporters around the Cais do Valongo and finally to Praça Mauá. 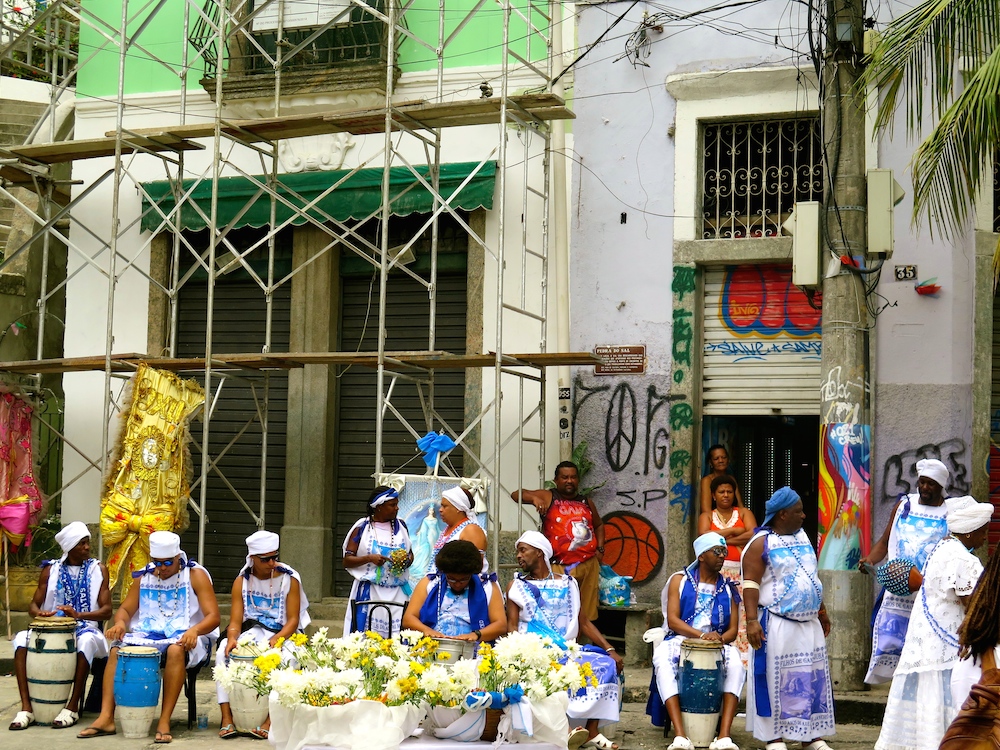 The festivities came at a symbolic time for Pedra do Sal. As well as the formal recognition of the Pedra do Sal Quilombo ten years ago by the Palmares Cultural Foundation, the federal government institution charged with the preservation of Afro-Brazilian culture, the group was celebrating the 31st anniversary of Pedra do Sal’s recognition as a historic and religious monument by the Rio de Janeiro State Institute of Cultural Heritage (INEPAC).

The area is where enslaved Africans disembarked in Rio de Janeiro before being traded. In Rio alone, two million slaves were brought into the country. Pedra do Sal means “Salt Stone,” and is the site where salt and Africans were traded during Brazil’s brutal slave trade.

The area is also widely recognized as the birthplace of samba. Early figures in the history of samba such as Pixinguinha, João de Baiana, Donga and Sinhô composed and played there, a fact which is recognized by the Sal do Samba project of the Pedra do Sal Quilombo, in homage to the area’s afro-cultural history. Also in recognition of this history, a weekly samba circle focusing on traditional sambas still plays there on Monday and Friday nights.

The Pedra do Sal Quilombo jointly with the nearby Cais do Valongo slave market and the New Blacks Cemetery, site of the largest slave cemetery in the Americas, have together applied to have the region listed as a UNESCO World Heritage Site. The candidacy has been presented to UNESCO by IPHAN. The application’s outcome will be announced in 2016.

The importance of this area in the Port Zone of downtown Rio is increasingly being recognized by the authorities and the international community alike. Just during the hours of Saturday’s ceremony, Pedra do Sal was visited by four different tour groups totaling some 100 people, a combination of foreign and local tour groups.

Yet for the community who lives there, more could be done as the Port Zone undergoes an ambitious regeneration program ahead of the Olympics next year, which has included the reopening of Praca Mauá itself and the investment of big companies in the area.

“We are demanding a public policy from the Brazilian state,” said Damião Braga, President of ARQPEDRA. “The law says it is the responsibility of the state to preserve the area’s heritage, but they haven’t done anything, other than putting a plaque to say ‘Pedra do Sal.’ We see it as institutional racism.”

Saturday’s event was a testament to how strongly the community and its sense of identity have survived despite a history of negligible official support. 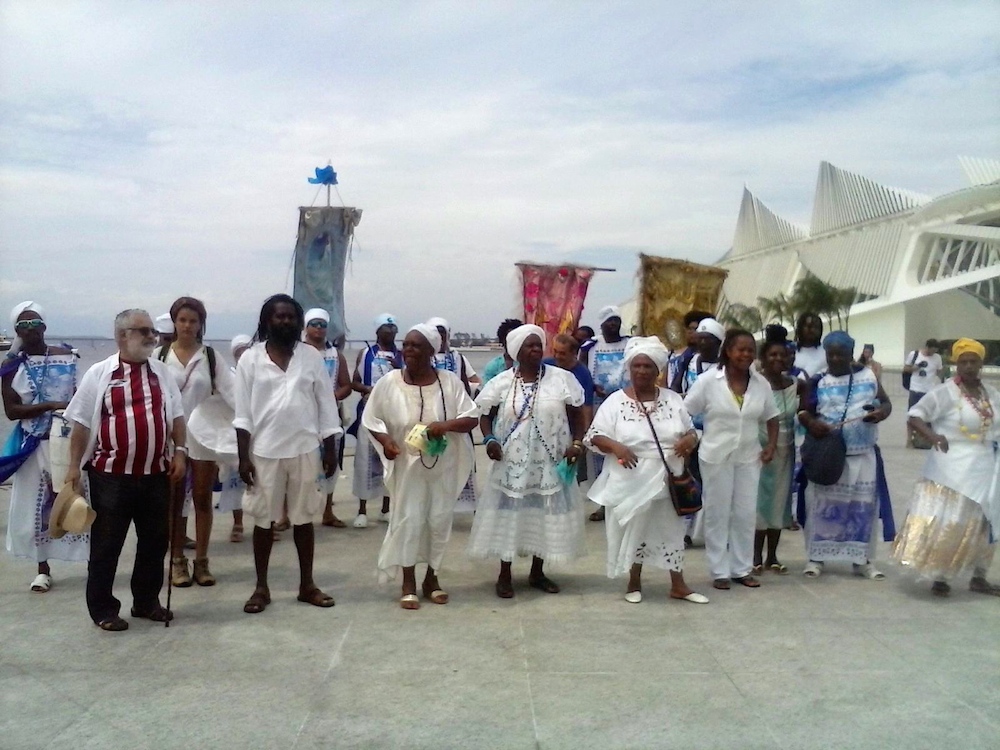