A new art exhibition in Rio de Janeiro explores the effects of forced evictions in preparation for the upcoming Olympics. The project “Olympic Favela” by photographer Marc Ohrem-Leclef includes a collection of photographs and a new documentary film. It opened at Columbia University’s Studio-X in Rio on Thursday, January 21. The film was also screened in Vila Autódromo at a special event attended by residents and members of the public defender’s office on Monday, January 25.

The four-year project chronicles residents of favelas that have been targeted for removal in the run-up to the 2016 Olympics. Since his first trip to Rio in 2012, Ohrem-Leclef has photographed residents of 14 communities across Rio, including Vila Autódromo, Vila União de Curicica, Santa Marta, Estradinha and Providência. The artist, who was born in Germany and currently lives in Brooklyn, was initially motivated to document forced removals leading up to the Olympics after reading about evictions in Beijing preceding the 2008 Olympic Games. 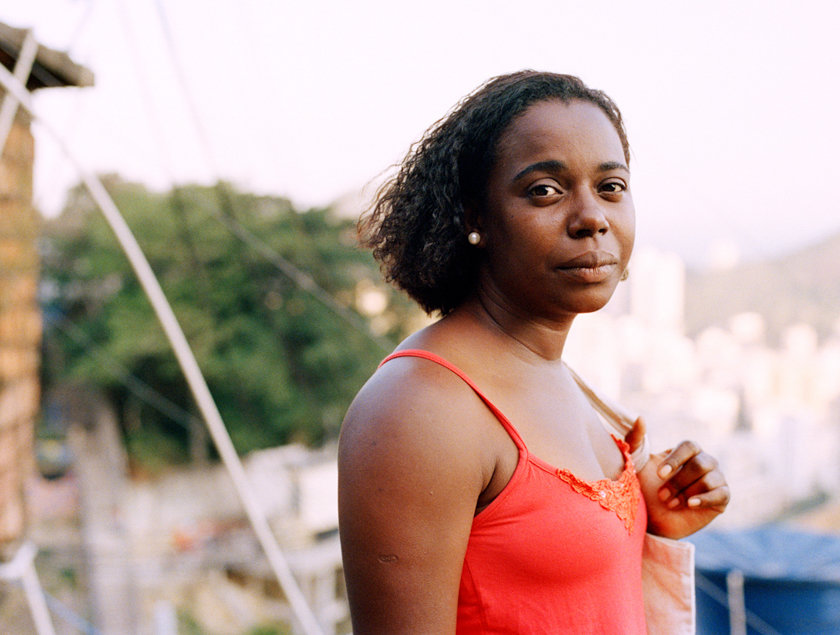 Describing his experience working with individuals resisting eviction, Ohrem-Leclef said: “I found people who take great pride in their homes and their communities, but who are acutely unsure of their future while fighting an uneven battle with the city and courts.”

In addition to photographs depicting residents in front of homes designated for demolition, the exhibition also displays portraits of residents posing with emergency flare torches. The gesture both invokes a sense of urgency as the residents depicted struggle to remain in their homes, and also alludes to the connection with the 2016 Olympics. 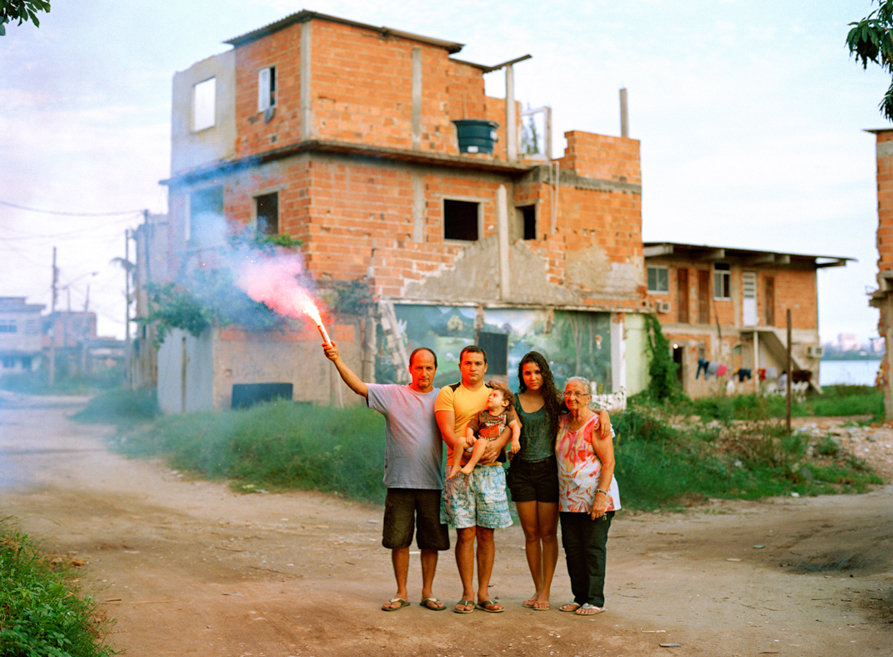 Ohrem-Leclef explained that in these photographs, “the residents are not passive subjects, but rather active figures embracing the opportunity to represent their community, their struggle, and their resistance.”

The short documentary film follows several residents of Vila Autódromo as they anticipate removal, beautifully capturing the pain and defiance among the different generations of a community. 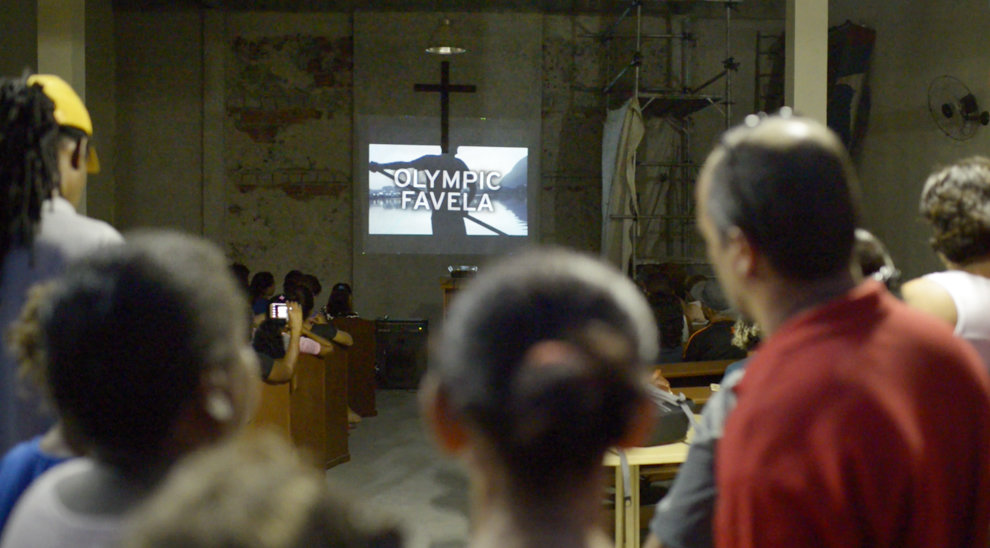 At the exhibition’s opening at Studio-X on January 21, Ohrem-Leclef was joined by Julia Baker of the Rio Museum of Art and Julia Michaels of RioReal Blog to discuss the trajectory of the project. Having engaged with communities slated for removal over the course of several years, Ohrem-Leclef described how the situation has evolved, with some of his subjects succeeding in their battles to remain and others relocating to Minha Casa Minha Vida public housing projects.

Citing a conversation with a resident who was photographed in both Vila Autódromo and later in her new Minha Casa Minha Vida apartment in the Parque Carioca condominium, Ohrem-Leclef recalled how the resident (who wished to remain anonymous) described the process of eviction and relocation. When asked how the Minha Casa Minha Vida housing differed from her home in Vila Autódromo, the resident explained that her new housing lacked “freedom.” 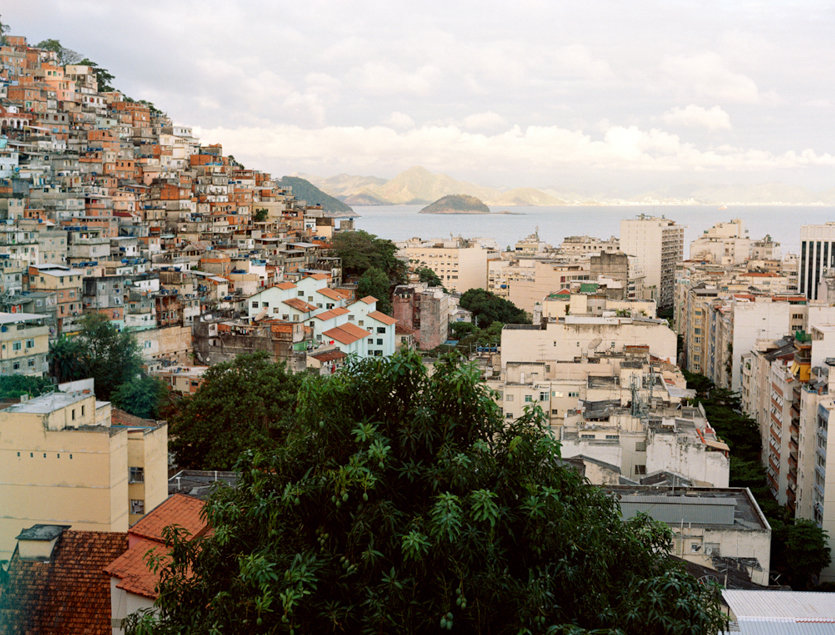 This sentiment was reiterated by a group of ten people featured in the photographs. They described the rupture their respective communities experienced as family members, neighbors and friends were relocated to housing throughout the city.

By both visually documenting evictions and elevating the perspectives and experiences of those directly affected by the city government’s policies, Ohrem-Leclef gives a very human portrait of the removal process and the often devastating impact it has on people’s lives.

The collection of the photographs was published as a book in 2014 and recognized as one of the best photography books of the year by American Photo Magazine.

The exhibition will be open to the public at Studio-X at Praça Tiradentes 48 through February 26, 2016. 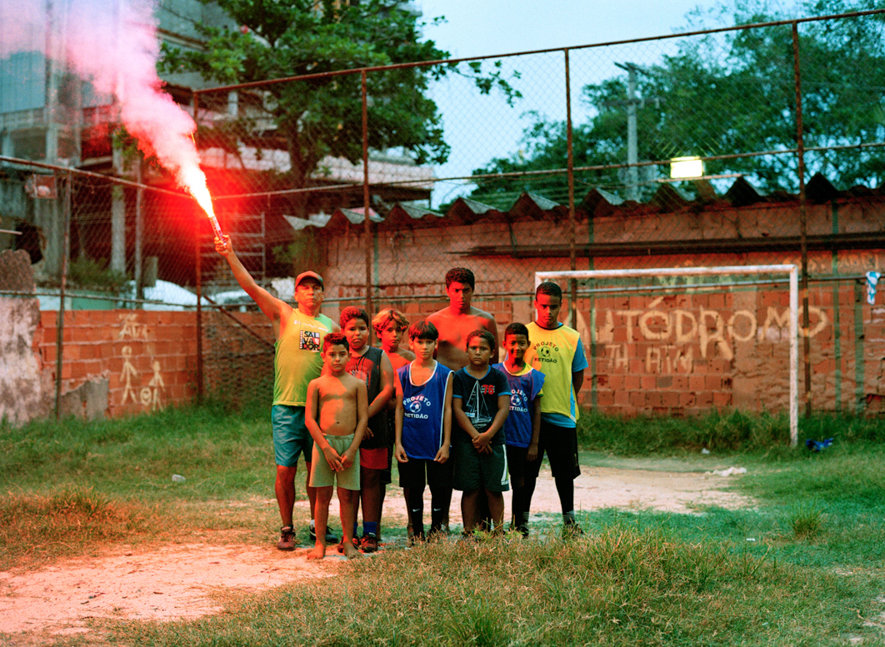