Supporters and residents gathered in Vila Autódromo on Wednesday, May 18, to celebrate the launch of a new open air museum, the Museu das Remoções, or Evictions Museum.

Seven exhibits were built using materials left behind from demolitions. The exhibits each honor a building or home that was demolished, as well as the wider struggle that residents of the community faced. 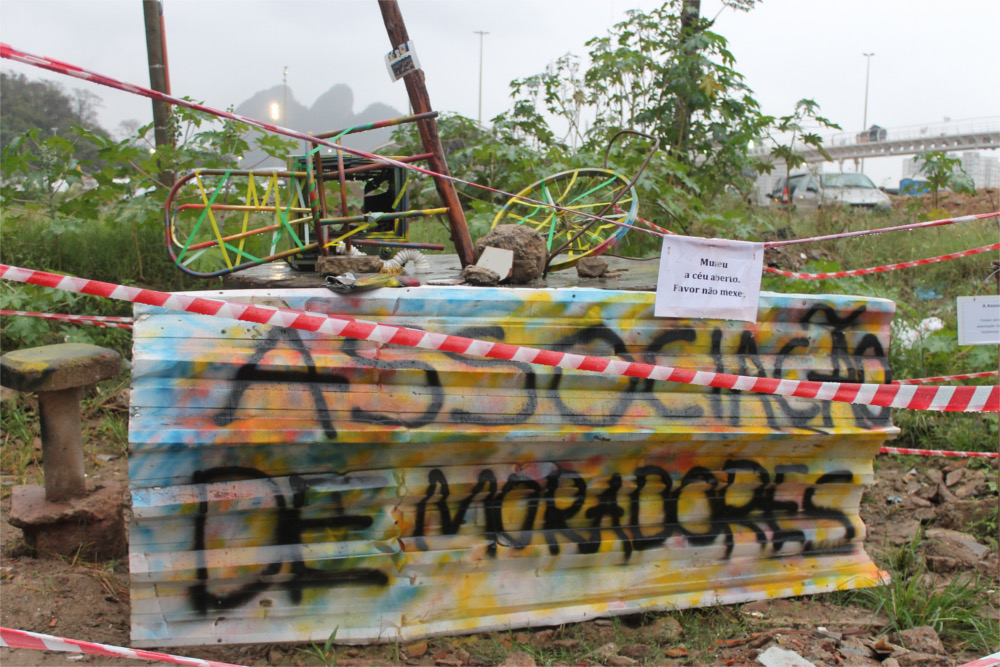 One exhibit was installed on the site of the Neighborhood Association, which was demolished in February of this year. The building held great symbolic importance in the community, but as resident Sandra Maria explained: 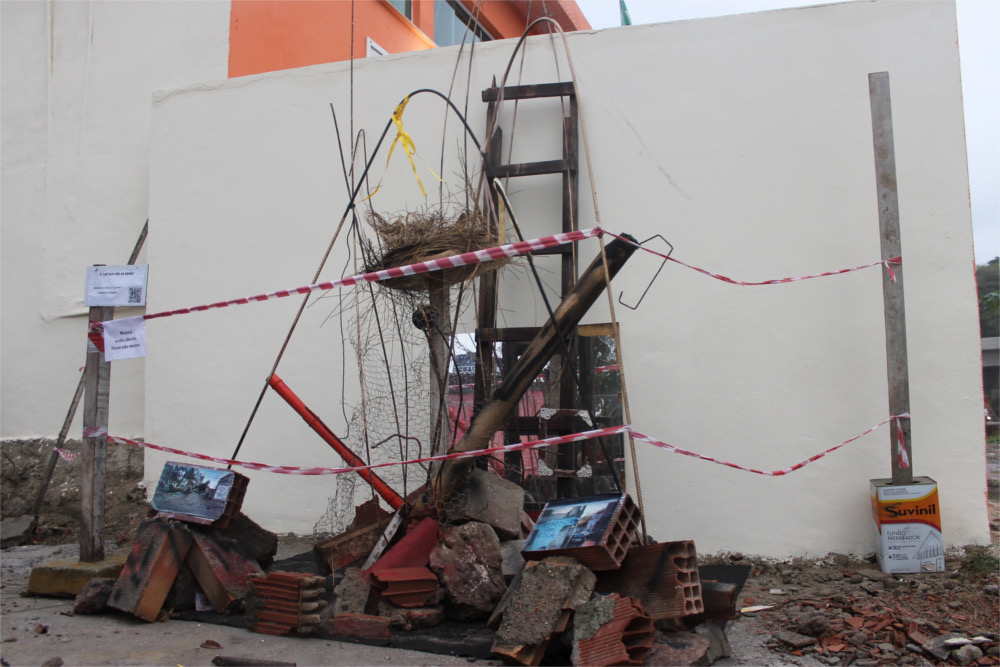 An Olympic torch made of debris formed the exhibit outside the Catholic Church, one of the only buildings left standing in the community that was previously home to 600 families. The church has been important meeting space for years, and particularly after the Neighborhood Association was demolished. Luis and Maria da Penha moved into the church after their home was destroyed in March. The exhibit has elements of iron and concrete, representing the strength of the community’s resistance. 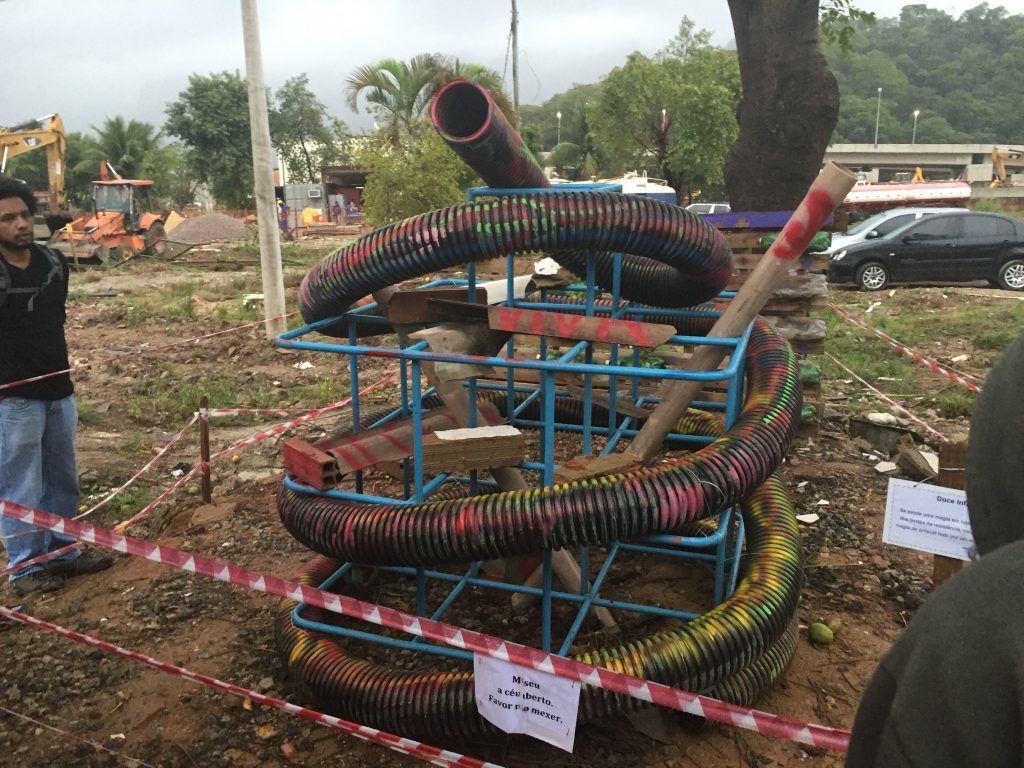 Another exhibit was built from the remains of the children’s park, or Parquinho, which had been revitalized by residents last November. “Lots of stories, lots of memories were made in this park. Of the children, and also in the process of resistance against removal. Lots of things happened in this park… Here we received groups of human rights representatives from all around the world,” said Sandra Maria. Other events included the launch of Raquel Rolnik’s book War of Places: The Colonization of Land and Housing in the Financial Era, and the launches of the People’s Plan, the community’s award-winning upgrading plan. 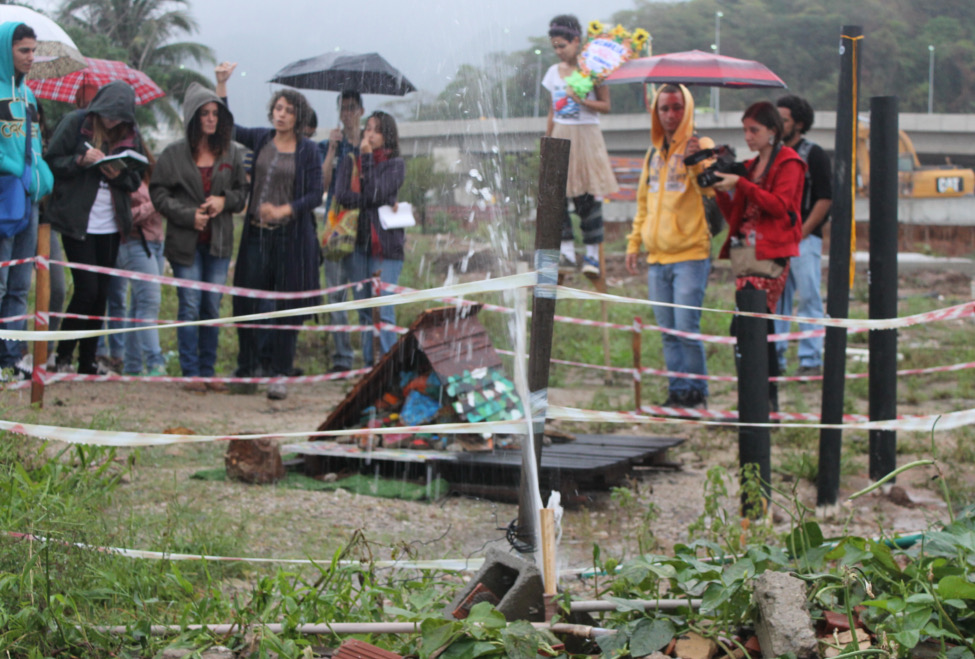 The museum was launched on International Museum Day, and hopes to be an example to other communities facing similar struggles.

The idea of the museum is to be a testament to the struggle of the community during the long process of eviction and to preserve and honor this memory. “We’ve made it to this point now, and it’s not right that everything [the community] went through be forgotten,” said resident Luiz Claudio Silva.