In two months time, the eyes of the world will be firmly fixed on Rio de Janeiro, and the municipal government has spent the last seven years and billions of reais getting the city ready “for the English to see.” According to major international organizations such as the World Bank and C40, these preparations have been successful in improving the lives of residents of Rio’s many favela communities. Unfortunately, this does not reflect the reality on the ground. Instead of solving many of the complex urban and social issues that exist in the city, the City has instead swept them under the carpet, to stay out of sight during the 17-day Olympic party.

All over the city there are projects which emphasize cleanliness, from the athlete’s village called “Pure Island” to developments in the Port Zone (part of the “Marvelous Port” Olympic legacy project) which seem to be trying to erase the history of slavery in the region. Real estate developers like Carlos Carvalho want to build entire areas solely for the noble elite, while the City’s strategy in Vila Autódromo has been to hide the favela in newly built housing. Private security guards have even been shipping the homeless out of touristic parts of the city to shelters up to 80 kilometers away. In February, the State Public Defenders joined 25 other organizations in writing a letter to the United Nations to denounce the “irregular apprehension” of minors in the street as a form of “preparatory ‘hygienization’ for the Olympics,” according to R7.

The late British anthropologist Mary Douglas, in her seminal work Purity and Danger, traces the historical and social meaning of “dirt.” She argues that dirt refers not just to soil, dust or spilled drinks, but anything that is considered out of place. In Rio de Janeiro, the uptick in removals and policies that expedite gentrification since 2009 show that marginalized populations such as the black population and those living in favelas have been classified as “out of place” by the authorities. As such, using the lens provided by Mary Douglas, we can say that when politicians and planners say they want to clean the Port Region, they mean they want to remove these populations which have been deemed out of place for the exclusive, elite environment that is envisaged. As ever, those with the power to define what is out of place are the wealthy and privileged who occupy positions of symbolic and political power in society. It is in this sense that the word clean takes on a negative connotation, as when someone is cleaned out of their home, or in the context of ethnic cleansing. To clean becomes a verb about removal, segregation, and even violence.

This is not new to Olympic host cities. In Atlanta, host of the 1996 Summer Games, laws were introduced to help police public space, making it illegal to be in a parking lot without having a car there, for example. This made it much easier for police to clear out people living on the street, giving at least the impression of a ‘clean’ city with no homelessness problems. At the centennial park, built for the Olympics, fences were erected to “keep out the riffraff.”

In Beijing, the 2008 host where the authoritarian government had even fewer concerns about human rights than Rio’s Mayor Eduardo Paes demonstrates, Olympic organizers were forthright about their plans to relocate problem residents into special holding centers for the duration of the Olympics, with little concern for their freedom of movement and wellbeing. 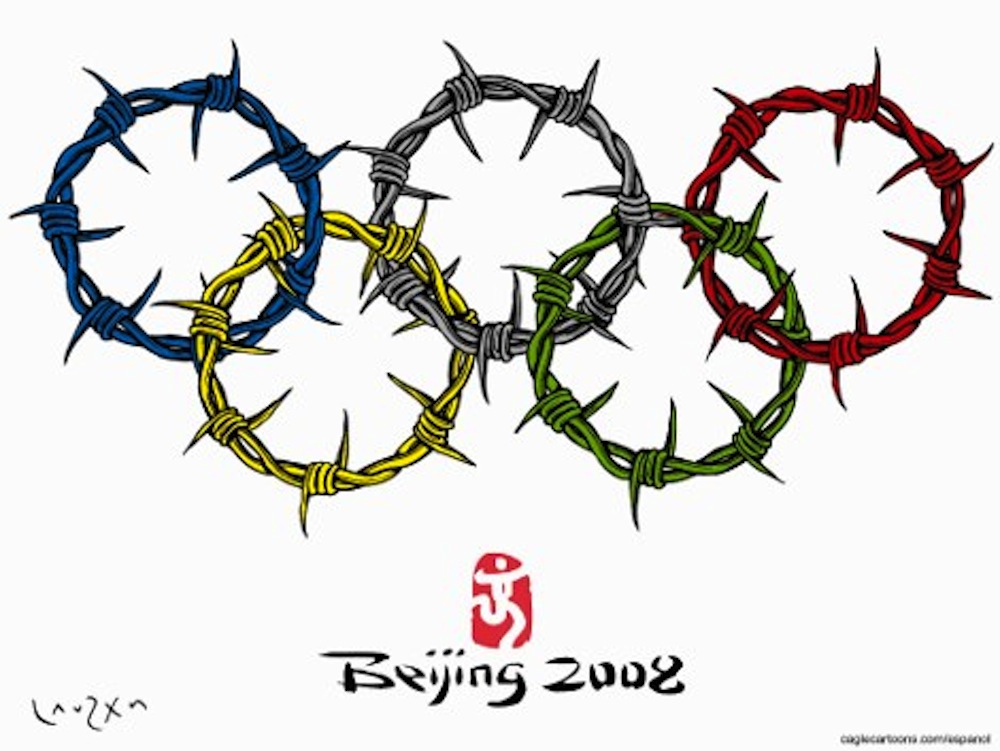 In Vancouver, a similar policy was pursued prior to the 2010 Winter Olympics, with the government pushing through the controversial “Assistance to Shelter Act” which gave police the powers to remove citizens deemed to be “at risk.” (Incidentally, the authorities in Rio use a similar justification to remove favela housing in areas they want to build something else on.) Dubbed the “Olympic Kidnapping Act” by activists, this law was used to clean up the streets, along with aggressive ticketing for littering, jaywalking and skateboarding. For sociologist Jaqueline Kennelly, these “city cleansing strategies” serve to “incorporate pressures on a city’s population to fall into line with the city’s marketing image,” meaning this cleansing changes the character of the entire city.

The trend continued in London in 2012 with the cleansing of council tenants and sex workers. A higher level of policing in East London, including increased use of stop and search powers, was used to reorganize the city to appear clean, safe and fun while the world watched on their television screens. A similar policy can already be seen in Tokyo, the city which will host the Olympic Games in 2020, where homeless people are facing eviction from Meiji Park for the construction of the Olympic Stadium.

These policies involve the privatization of once public spaces, allowing them to be policed to ensure cleanliness. In Rio, this cleaning of the city can be seen in the policies of forced removals and pacification of the apparently “dirty” favelas. Jose Jorge Santos de Oliveira, who lived in Vila Recreio II before it was removed, put it clearly when he told Vice about the city’s evictions: “It’s supposed to be resettlement but it’s not. It’s removal. And removal is what you do with trash.”

Should Rio be cleaned for the Olympic Games? Or is part of Rio’s charm the messiness and the relaxed informality of the city, and the friendliness this imbues in the carioca population? The city’s messiness forms part of its beauty—it breeds creativity and an expressive, vibrant culture. Following sociologist Jacqueline Kennelly, to cleanse the city of this messiness and erase this vibrant, creative character would be a grievous error. In the same sense, the innovative, collective nature of favela life isn’t wrong, an error to be corrected; it’s simply a different style of living together. This attempt to reimagine the city, seen in the attempts to remove a large part of its urban fabric and in the criticism of the new Museum of Tomorrow, amounts to destroying not just the past, but the very essence of Rio de Janeiro.

Sporting mega-events like the Olympics and World Cup are designed to be as similar as possible wherever in the world they are held. For the most part, the events contested in Rio during August 2016 will be the same as those which were contested in London in the summer of 2012, and in Beijing in 2008 before that. They will look the same on TV for people watching at home, with the exception of the shots used as filler between events, inevitably of Corcovado, Sugar Loaf Mountain and Copacabana beach. Despite the opportunity that moving the event every four years affords to showcase local culture and sports, the IOC chooses to prescribe a standardized form of development towards a clean, sanitized ideal—a city of the elite, as billionaire developer Carlos Carvalho would have it. But forcing Olympic cities to conform misses the opportunity to showcase what is wonderful and unique about some of the worlds greatest cities. To clean the city for the Olympics risks losing “the passion, the energy and the creativity of the Brazilian people,” hailed in 2009 by then-President Lula when Rio won the bid to stage the Games.