Following books on how the Olympics advance the interests of corporate capitalism and how grassroots activists resisted this trend in Vancouver and London, Olympic researcher Jules Boykoff’s third book, Power Games: A Political History of the Olympics, tears apart the International Olympic Committee’s fallacy that the Olympic Games are apolitical. By examining Olympic history from the revival of the Games in 1896 to the imminent Rio Olympics, Boykoff traces how the Olympics have developed into the behemoth that has transformed Rio over the past seven years. Beyond this, he also provides fantastic detail on many of the egregious abuses in the name of Rio 2016.

From the very start, the Games reeked of elitism: banning professional athletes ensured top-level sport remained the preserve of the aristocracy. Sexism was also prevalent from the early days, with Pierre de Coubertin, the French baron responsible for reviving the Games from Greek antiquity, holding the view that a woman’s glory “came through the number and quality of children she produced.” Racism also marred early Games, particularly at the 1904 St. Louis Olympics where “anthropology days” involved forcing “savages” to compete in sports in order to “prove” that “civilized” people were the master race.

Throughout history, the Olympics have been a site of political struggle; as far back as the 1932 Olympics in Los Angeles, locals protested over the cost of the Games. On an international level, the 1936 Olympics in Berlin gave Hitler a wonderful opportunity to spread propaganda over the world. The first Olympic torch relay was devised as a method for spreading Nazi propaganda in southeast Europe. The political importance of the Olympics meant that in the period after World War II there were numerous boycotts of the Games, most notably against South Africa’s apartheid government. All the while, however, the IOC refused to accept politics in the Olympics, going as far as to expel Tommie Smith and John Carlos from the 1968 Olympics for their black power salute on the medal podium. 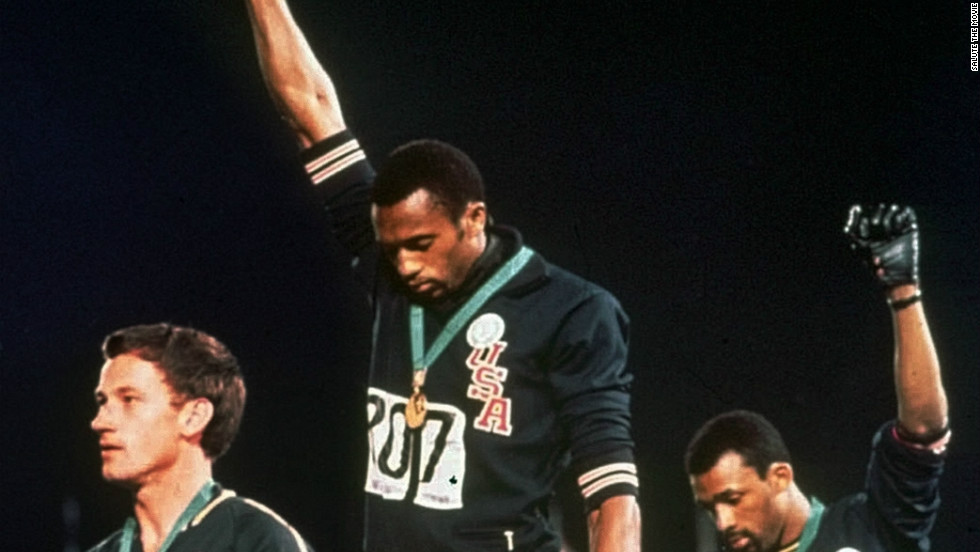 In the last quarter of the 20th century, the IOC faced a shortage of cities willing to host the five-ring party, a result of terrorism in Munich in 1972 and a huge debt accumulated by Montreal’s 1976 Olympics–which was only paid off in 2006. In response, then-IOC President Juan Antonio Samaranch opened the floodgates to corporate cash, allowing relative successes such as Los Angeles 1984 and Barcelona 1992, although Boykoff is quick to point out there are issues with using these events as models for future events. Barcelona’s Olympics were repeatedly referenced in Rio’s Olympic bid, but there were numerous specific features which helped Barcelona capitalize on its Olympic moment, including Spain’s entry into the European Union, which make it difficult for Rio to emulate Barcelona’s success.

While Mayor Eduardo Paes would love Rio 2016 to be compared to Barcelona’s 1992 Games, there are many more striking comparisons to be found with other Games. In the wake of 9/11, Athens 2004 spent a whopping $1.5 billion on security, more than the city could afford. While the economic crisis in that city cannot be wholly blamed on the Olympics, as in Rio, it was a clear contributing factor.

With an Olympic Games on the horizon, a government’s priorities are locked down for seven years, and as a consequence important public services such as health and education are eroded. Across numerous Olympic Games, a combination of gentrification and social cleansing have meant that the poorest residents of host cities are excluded by the mega-event. Despite lofty rhetoric on the environment from the IOC, the reality of the Games clearly show a disregard for the environment, evident in Rio in the construction of the golf course in the Marapendi nature reserve and the abandonment of all environmental legacy projects.

Boykoff’s work documents that in response to these problems there is a growing trend for the Olympics to produce an activist response in host cities. Despite a ruling in the Olympic charter which forces host cities to pass laws criminalizing protest, activists in Vancouver, London and Sochi have shown the world that the Olympics are a problem. In London, a petition on the website 38 Degrees pressured several Olympic sponsors into waiving their tax-free status, forcing them to pay taxes on their Olympic profits. While grassroots activists concerned about homophobia and Circassian heritage were violently repressed in Sochi, Olympic athletes found themselves empowered, with the IOC recognizing their right to speak their minds on Russia’s homophobic laws. Athletes such as Laurence Halsted are now widening the scope of athlete’s concerns in Rio.

In response to the calls for change, the IOC has adopted a reform package known as Agenda 2020. Much like Rio’s Olympic transformation, this is more PR than meaningful reform. It is meant to provide just enough change for the IOC to gain credit, but only gives “recommendations,” not firm rules. In Boykoff’s words, Agenda 2020 represents “a strategic rebranding, more aspirational than inspirational, baby steps where bold strides are required.” He suggests some bold strides the IOC could take, including embracing transparency and democracy, creating a panel of experts to ensure cities use the Olympics to improve the lives of citizens, and banning human rights abusers from hosting the Olympic Games. As he puts it, “there are some terrific ideas in the Olympic Charter. It’s time the IOC honored them.”

Agenda 2020 is at least an acknowledgement that there is a problem—it represents “baby steps” in the right direction. These were forced by the strength of opposition to the Olympics in recent host cities and in cities like Boston and Hamburg, which have rejected the opportunity to bid for the Games. The IOC’s Olympic Games Executive Director Christophe Dubi recently stated the spirit of Agenda 2020 will be alive and well at Rio’s Olympics. This provides a unique opportunity to Cariocas who want to see the Olympic Games live up to its own charter and its organizers act in a socially and environmentally responsible manner. Dissent against the Rio Olympics can show that these piecemeal reforms are not enough, and that the IOC needs to take firmer steps to ensure the moniker of ‘the Exclusion Games‘ does not stick.