For the past eight years, the Sankofa Memory and History Museum in Rocinha in the South Zone of Rio de Janeiro has been working to recover the collective memory and history of the favela, giving residents the opportunity to reclaim their history and transforming the notion of a community museum.

The museum emerged in 2008 from a series of discussions around the Cultural Plan of Rocinha, but the desire to document and share Rocinha’s rich history is nothing new. The story began decades earlier with the work of Lygia Segala, an anthropology professor at the Fluminense Federal University (UFF) who initiated a literacy project in Rocinha which involved residents collecting oral histories in the 1970s. Together with Antônio Oliveira, president of the Union for Improvements for the Residents of Rocinha (UPMMR) and Tânia Regina da Silva, a local leader at that time, they collected around 19,000 photographs and documents which became the basis of Sankofa Museum’s collection. This work, which has been published in the book Varal de Lembranças (Clothes Line of Memories), highlights Rocinha’s rich history of resistance and the mutirões (collective actions) that residents held in their continued struggle to access basic infrastructure. 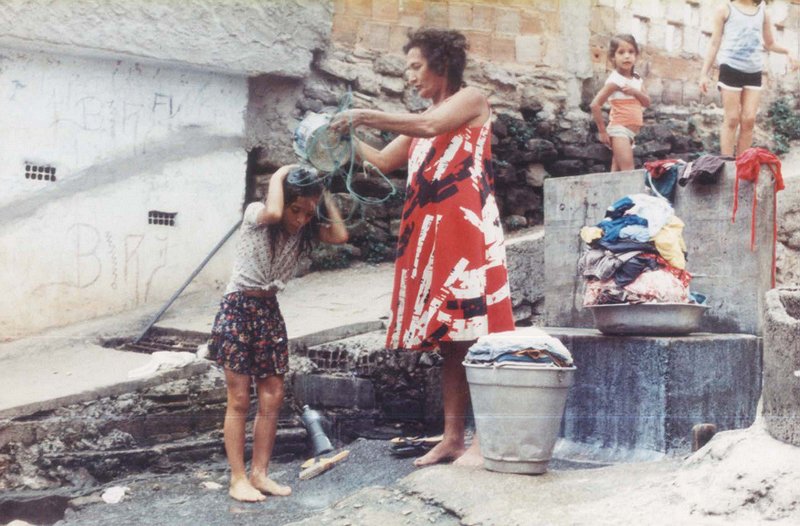 According to Antônio Firmino, one of the coordinators of the Sankofa Museum, presenting this historical documentation says to newer residents of Rocinha that “what you have today is the fruit of this struggle in the past. ”

The museum works with the deliberate intention of bridging history and present-day. The name “sankofa” comes from the West African indigenous word meaning a return to the past to reframe the present and is represented by the symbol of a bird with feet facing forwards and head looking backwards.

“The custom is to see a museum as something old, and it is along these lines that we try to make a counterpoint,” says Firmino. “We are talking about the past, but the past is also present. So, it is a living memory. It’s not just simply something nostalgic.”

With interactive projects, such as the Sound Visual Action held in June in partnership with the Instituto Moreira Salles, the Sankofa Museum inverts the usual dynamic between museum and community. Together, the Institute and Sankofa Museum transformed the square on Rua 4 into a multimedia museum exhibit where residents and passersby were invited to listen to audio recordings of interviews with residents, watch videos, view photos and read printed memories. Participants were even invited to take home a token photo monocle and memory from the museum.

“When you take the information where people are instead of waiting for the people to come, you create a different relationship,” says Firmino.

One of the museum’s ongoing projects is Chá de Museu (Museum Tea), where community members are invited to meet with museum organizers and share their memories. According to Fernando Emiro, one of the museum coordinators who spearheaded the project, this methodology of collecting stories places the resident front and center, as the protagonist and fundamental element of the process. Firmino elaborates that it is through this process that the museum ensures that their work comes from people’s lived reality.

“We are not concerned about whether the stories are true or false, because if we entertained this concern of whether something is true or not, we would already begin with a pre-judgment. If we begin with a pre-judgment, we have to make a selection. If we select, we exclude. If we exclude, we will do the same thing as the authorities did with us. They excluded us. So we work with this perspective: to give voice to diverse stories,” Firmino says.

The Museum is concerned with telling the full story of Rocinha, bringing to the forefront narratives of those who have historically been excluded including women and indigenous people.

“I do not want to tell simply the story of Rocinha but also the story of the occupations that occurred in this territory, which is why the name is Sankofa,” says Firmino. “The official story completely denies the true owners of the land.”

Although the museum doesn’t have a physical space, it was recognized as a Memory Point by the Brazilian Institute of Museums in 2011 and hosts regular events and exhibitions to preserve and communicate Rocinha’s history across the city’s largest favela.

For more information about the Sankofa Memory and History Museum visit the museum website here.