Last Thursday, January 26, Vila Autódromo residents visited Rio de Janeiro’s City Hall to deliver an official letter requesting a meeting with the city’s new mayor, Marcelo Crivella, to discuss the second phase of the City’s upgrading plan for the community, which was not completed as promised by the previous administration.

Residents were greeted by a city clerk who arranged to schedule the meeting for March. March will mark one year since the presentation of the current upgrading plan developed by Eduardo Paes’ administration after years of community struggle against eviction and for on-site upgrading. At the time residents condemned the lack of community participation in the Mayor’s plan’s design and presentation, a presentation made to a group of journalists during an event in which residents’ attendance was deliberately hampered.

In 2016, the City’s plan’s presentation was followed by meetings with then-mayor Eduardo Paes and sub-mayor of Barra da Tijuca, Alex Costa. The community’s main demand was the inclusion of the principles of the Vila Autódromo People’s Plan, developed by residents in partnership with the Fluminense Federal University (UFF) and the Federal University of Rio de Janeiro (UFRJ), and prized internationally for its quality, environmental concern and low implementation cost.

Despite the non-participatory nature of the City’s plan, residents were able to claim some changes in it that better reflected their needs, such as increasing the area of the houses from 46m² to 56m² and including the construction of a Residents’ Association, sports court, playground and a cultural center.

The first phase of the plan was carried out with the construction of the houses, after an intense campaign on social networks under the #UrbanizaJá! (#UpgradesNow) hashtag, that mobilized supporters of the cause, including celebrities like Camila Pitanga and Gregório Duvivier. However, the houses were not ready within the announced timeline due to the delay in their connection to the electricity grid at the time of delivery. By the Olympics the houses and the street were ready, but the rest of the plan was uncompleted. They are still missing the new Residents’ Association headquarters, the cultural center, children’s playground and sports court. So far it’s not clear when and how much of the implementation of the remainder of the plan will take place.

Crivella did not state his position in relation to Vila Autódromo (though he did condemn the evictions policy) during his campaign for City Hall and his government plan did not offer specific proposals regarding favelas in the context of proposals for housing policy. When asked about his strategy to improve the lives of favela residents, he answered only in terms of health and sanitation, which, although they form important aspects that deserve the attention of the city administration, do not cover all facets of the need for Vila Autódromo’s upgrading, for example.

His acknowledgment that favela residents are those most affected by the poor quality of public health was not matched by the fulfillment of the promise he made for a mass collective action effort on health care on the first day in office, to put an end to the endless queues in the public system. According to his Secretary of Health, Carlos Eduardo de Mattos, the collective action to speed up access to surgeries would have started last Saturday, 28 days after Crivella took office. According to him, the Mayor and the Minister of Health are set to announce a partnership to expand the availability of examinations, consultations and surgeries, which should begin within 90 days. Crivella did not give a deadline for the fulfillment of his promise to put an end to open sewage in the favelas, but it is up to the population to monitor his compliance, as well as press him on the implementation of Vila Autódromo’s upgrading plan. 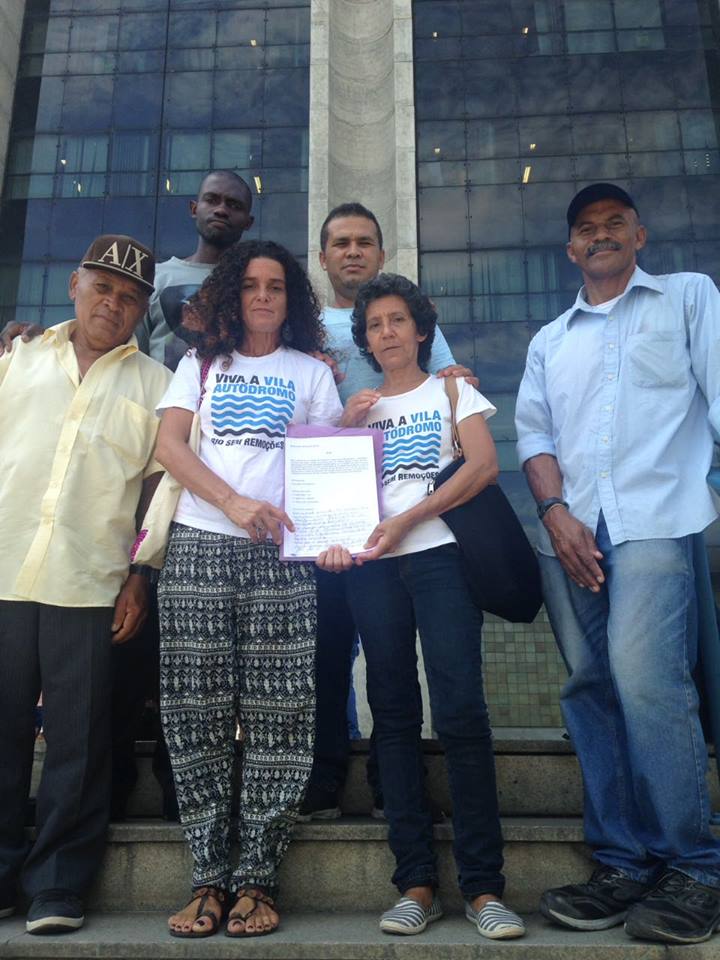