For the original article by Raull Santiago* in Portuguese published by Coletivo Papo Reto click here.

Operation “Cancellation of Back to School”

This was the name given by residents to yet another operation of the so-called “War on Drugs” undertaken by the Military Police, with the support of BOPE (Special Operations Battalion) in the Complexo do Alemão.

The controversial police operation generated a lot of disgust since today was the official first day of a new school year, and it was precisely this day the police chose to start the operation. At exactly the time when thousands of children and young people were going to school and residents were leaving for work.

Around 6:30am, we at Coletivo Papo Reto started to get notifications on social media and in WhatsApp groups, talking about the large concentration of Military Police in an area of the favela, which was soon confirmed as an operation.

Around 7am an intense exchange of gunfire was already happening and anger was widespread, after all, it had been awhile since these kinds of intense police operations had taken place and they started to happen again just at the moment when kids were returning to classes.

The difference with today’s confrontations, as opposed to the day-to-day kind, is that today there was a large police reinforcement, besides those that were already in the favela and besides the presence of BOPE and armored cars, which made the situation a lot more intense.

Well, the police attitude reinforces what is many times vented by those that live here and who can’t handle this situation any longer: “The police use us, and even our children, like a shield.”

Police teams arriving in the favela spread out into different areas and the confrontations got more intense. Just past 8am there were already two CAVEIRÕES in the favela, heavily armored vehicles, with holes all around them, which allow the police to shoot from all sides of their war machine. A real tool for killing the poor, when we think about the extremely serious results that come from the gunshots from assault rifles used by the police.

It’s really strange to have this type of vehicle being used in favela operations.

In addition, because of its weight and size, the CAVEIRÃO is also known by residents because of the destruction it causes, such as flattening cars, motorcycles, street commerce, knocking down walls, etc.

BOPE was also in the favela and the shooting was nonstop in different locations, causing real despair among many people.

After six hours of the police operation, it left loads of damage and no progress, as always.

Here’s the summary of today’s OPERATION – CANCELLATION OF BACK TO SHOOL, as carried out by the Rio de Janeiro Military Police:

For real advances to happen, I invite you to reflect and realize that we need to assume our prejudices, our guilt in the way this system works and start building other ways of acting, for example: 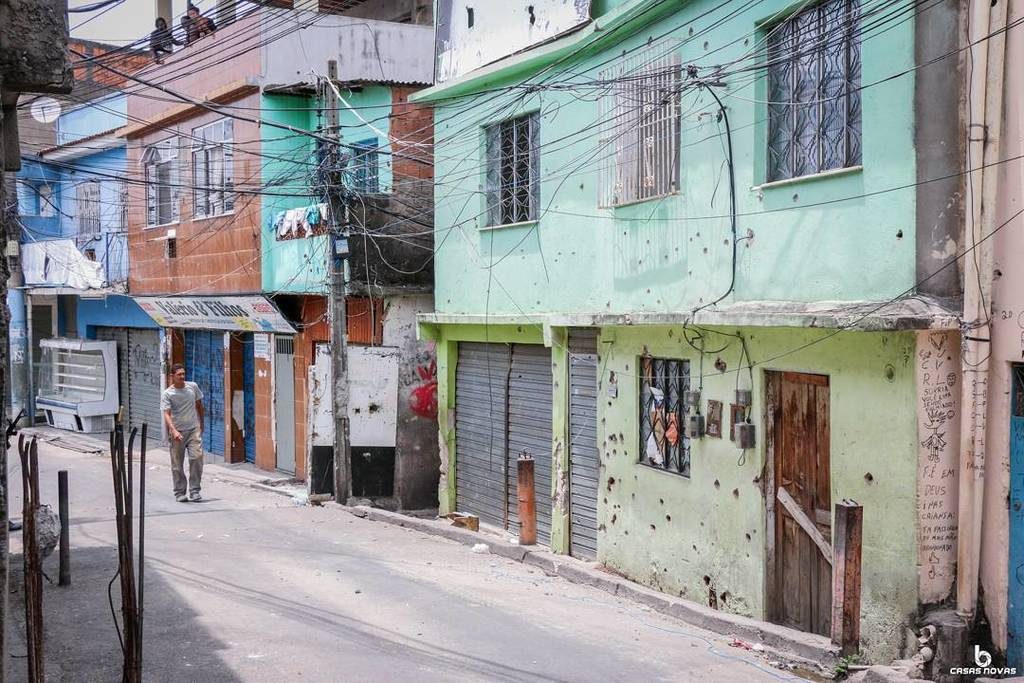 The official name of this police operation was: OPERATION TO REMOVE BARRIERS….

We are feeding a chaotic and violent society by not creating discussions about prejudice, racism, drug policy and realizing our blame for this whole dreadful situation.

We can change this scenario, we can save lives, solve the problems of overcrowding in prisons and reduce violence as a whole. We just need to put the brakes on the wrong and accelerated means our rulers are using to consolidate their own power for the sake of even more power.

Meanwhile, in Complexo do Alemão, the long-awaited first day of BACK TO SCHOOL still hasn’t taken place.