On Saturday, March 11, community members joined together to commence a weekend of awareness and artivism in Camorim, an urban quilombo in Jacarepaguá, an area in the West Zone of Rio de Janeiro close to the Olympic Park. The mutirão, or collective action, focused on clearing excess vegetation around footpaths and beautifying a wall that abuts the forested area of the community. A group of community children along with experienced artists and friends of the quilombo went to work painting symbolic images of Camorim like, for example, its waterfall and the small blue and white church built in 1625, a igreginha, that greets travelers as they arrive. Once white, the wall adjacent to Igreja Camorim has been transformed into a portrait of Camorim’s rich history as a sanctuary for escaped slaves who protected their freedom by building an isolated community in what at time was a remote area.

Beyond the wall, however, lay evidence of a world vastly different from that of the quilombolas. Broken trees and rubble marked a trail toward condominiums and their water tanks that were built in anticipation of  the 2016 Olympic Games. This construction of condominium housing and subsequent deforestation encroached on the land rights of the quilombo, which provoked some residents to seek compensation, either through a restoration of the natural environment that was destroyed in the process or through a formal declaration detailing the offense. The land dispute was particularly sensitive for the community because bulldozing affected a parcel of the landscape deemed a historical heritage site for Camorim in 2014 when construction began.

Adilson Almeida, president of Camorim Cultural Association (ACUCA), commented on the illegality of the construction of the site, as construction was approved quickly without consultation of residents. After much of the land was bulldozed, ceramic material was discovered within the ground that led to an affirmation of the site’s historical significance. Currently, an archaeologist from the National Museum is studying the site, believed to be the remains of a 17th century flour mill. Adilson hopes the Institute of National Artistic and Historic Heritage (IPHAN) will officially recognize the archeological site, as well as the quilombo itself, as culturally and historically significant. 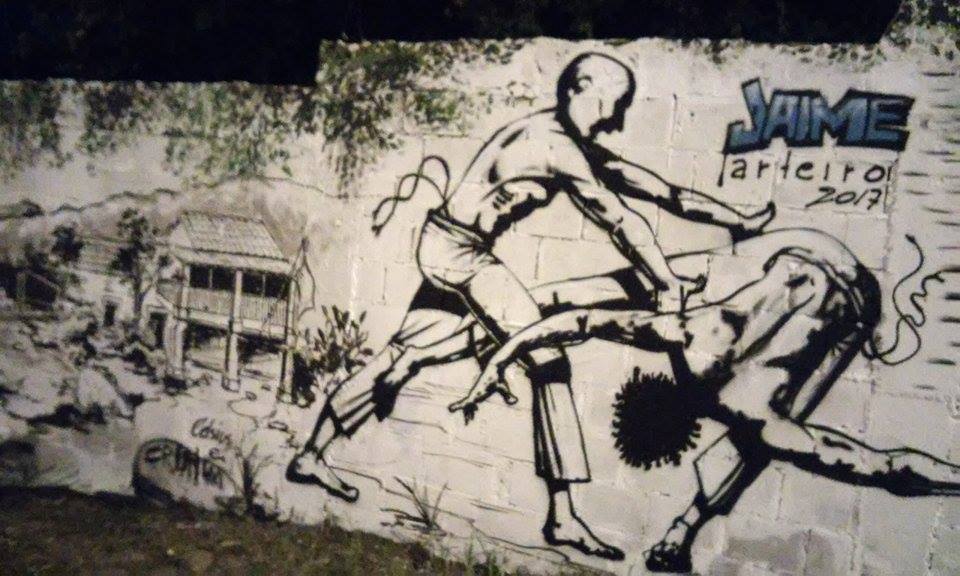 As far as the future of Camorim is concerned, Adilson and ACUCA have lofty plans. This weekend was the first in a series of planned improvements for the community. After clearing the overgrowth, there are plans to construct a cultural center to house capoeira classes taught by Adilson, English and Spanish courses for children, as well as dance classes, such as jongo and coco de roda (a Northeastern dance)–all of which will be free. Another long-term project is to reforest the land that the condominium’s construction destroyed using plants native to the Mata Atlântica rainforest habitat. ACUCA manages all of Camorim’s improvements with little outside financial support–thanks to the resilience of the community and continued support from friends and allies.