Favela Olímpica’s world premiere is set to take place on the anniversary of the opening ceremony of the Rio 2016 Olympic Games, this Saturday August 5, at the Locarno Film Festival in Switzerland.

Favela Olímpica is a full-feature documentary film about the Olympic battle between residents of the small favela of Vila Autódromo near Rio’s 2016 Olympic Park, and the City government. Beginning two years before the 2016 Olympic Games, the film shows the community’s long history of resistance and the desire of the authorities to ensure they leave. Vila Autódromo residents express their voices throughout the film, as do architects of Rio 2016 and the former mayor of Rio, Eduardo Paes. Through the film, Samuel Chalard, the film’s Swiss writer and director, successfully shows the disruptive impact of mega-events such as the Olympic Games, questioning their very logic structure, with Vila Autódromo sadly providing a clear case study. Over two years a team member lived in Rio visiting Vila Autódromo on certain critical days to film, and Chalard came for ten days every three to four months, to film and document the eviction process in the community.

The film thus mostly takes place in Vila Autódromo, showing shocking images before and after the eviction process. Of the 700 families originally living there, only 20 managed to remain and are now living in government-built identical white homes. The original houses were destroyed one after the other over a period of several years. Only one original house is still standing, that of 51-year-old former fisherman Delmo de Oliveira, who has become a figure of resistance and is featured in the documentary, along with Vila Autódromo’s well-loved and now famous, fountain of optimism and hope Maria da Penha.

The filmmakers managed to also feature the official discourse by notably interviewing architects of the 2016 Olympic handball arena who spoke about transforming the arena into four public schools after the Games, which never happened. They were also able to get the excellent marketeer and mayor of Rio de Janeiro, Eduardo Paes, on camera. According to Chalard it was very difficult to get this interview and once approved it took over nine months to set a date. The documentary shows the clear gap and conflict of interest between authorities and residents, and that the authorities initially clearly did not realize how well-organized Vila Autódromo residents were and how determined many were to stay. 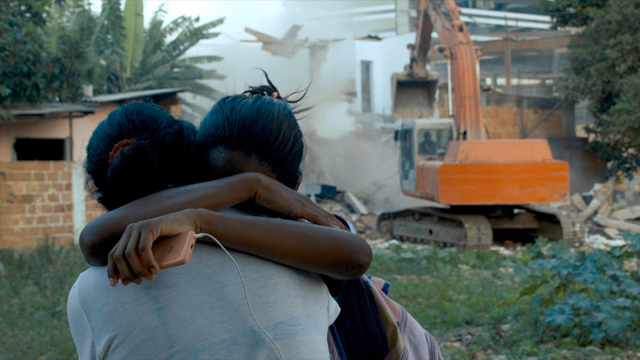 The film begins after several years of resistance when some residents were giving up and accepting to leave amidst intimidation and burn-out, being offered growing financial compensations or alternative housing options, sometimes both. Others refused, declaring that their homes were their life and had no price tag associated with them. But with the Games approaching, the compensation offers grew and more and more residents would leave, some receiving keys to more than one apartment. With each family that left, those left behind resisting were left increasingly vulnerable. Authorities then instituted a highly questionable eminent domain decree to destroy remaining homes. The audience can feel the tension rising throughout the documentary. The lack of concern by justice representatives and authorities is clearly felt. One striking example is when federal judges come to supposedly visit the community to make a decision about its future, but barely bother to step outside their black cars to listen to community leaders. 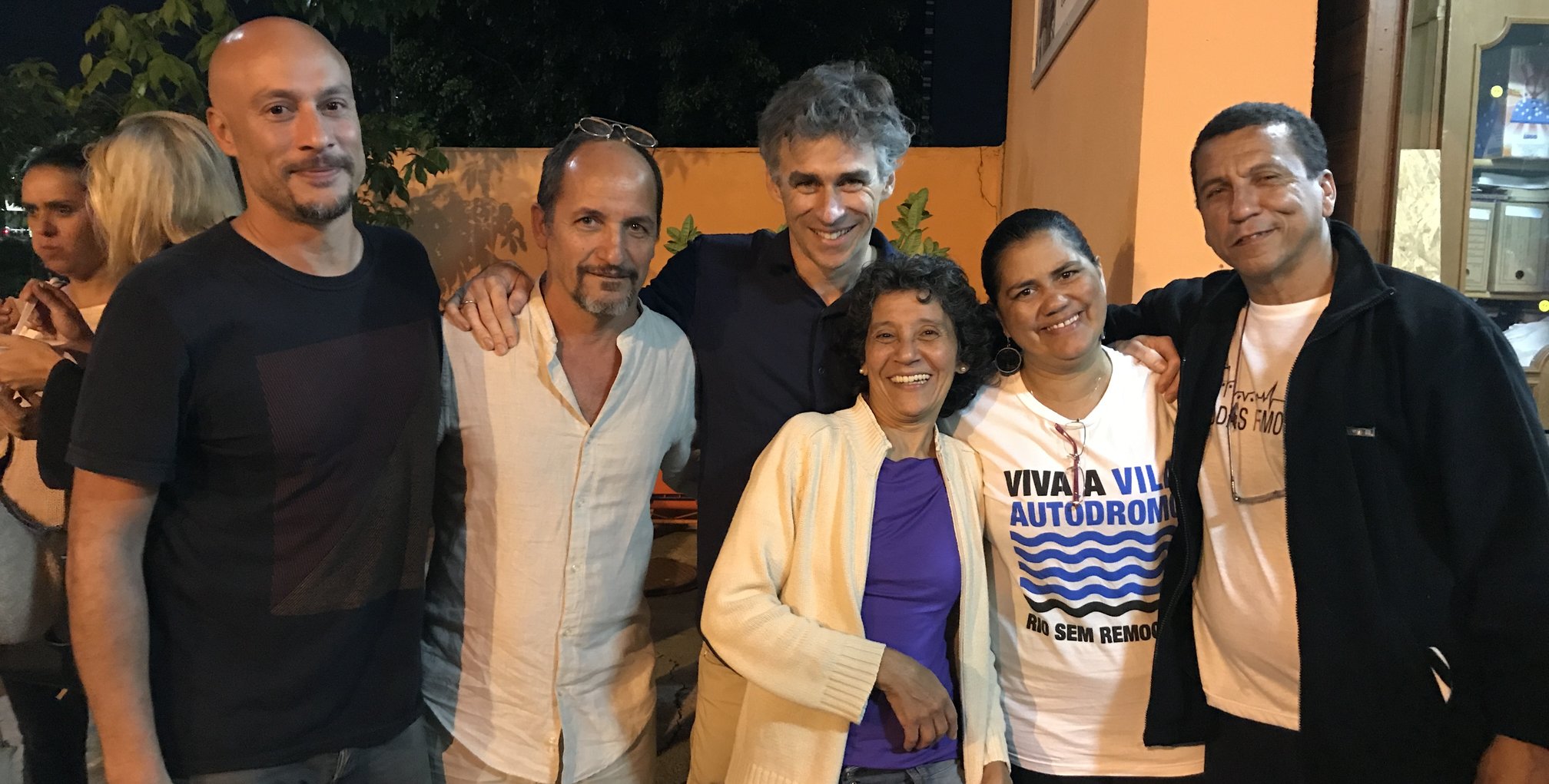 Some scenes are particularly painful to watch. The violent confrontation between police and residents in June 2015, with the bloodied face of serene petit Maria da Penha ended up in newspapers around the world. Also, the destruction of certain houses, such as that of one of the most dedicated long-time resisters, Jane Nascimento, were particularly heartbreaking.

The film closes with emotional images of Luiz, Penha’s husband and physical education teacher, reflecting over the Olympic Games and its values. We won’t give it away as you must see the film for yourself!

The documentary was screened for the first time on Saturday July 9 in Vila Autódromo’s São José Operário Catholic Church. The atmosphere at the unofficial private community gathering was very special, the audience reacting vividly to certain scenes, booing Eduardo Paes or crying when they saw houses being destroyed or the confrontation with police. Most residents were happy to see images of their original homes. Explaining the title, Chalard said he chose it mostly to attract a foreign audience, yet community members all validated it. The documentary is yet another legacy of Vila Autódromo’s resistance: a warning, and inspiration, to others. But as Delmo said after the screening, the fight is far from over.

In Brazil, the official launch will be at the 41 Mostra Internacional de Cinema de São Paulo, from October 19 through November 1, 2017. Learn more about Favela Olímpica on Facebook. 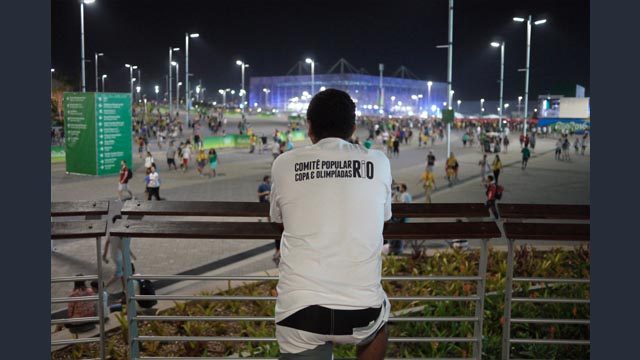