As part of Black July week, representatives of the Mães de Maio movement, Mães de Manguinhos, Network of Communities and Movements Against Violence, and resistance in Haiti and Palestine gathered to discuss militarization and state violence on a global scale, and how resistance movements can grow together and share strategies. Gizele Martins, community journalist with the O Cidadão newspaper in the Maré favela introduced the discussion, describing the state’s disproportionate spending on policing, guns, and violent interventions compared to public services in her community.

Soraya Misleh, a second-generation Palestinian refugee to Brazil and author of Al Nakba – a study about the Palestinian tragedy, drew parallels between events in Rio’s favelas and those in occupied Palestinian territories. Misleh is the director of communications for the Arab Cultural Institute (ICArabe) in São Paulo. She described the displacement and torture of Palestinians by Israeli authorities, maintaining in place a heavily militarized and segregated state which has also exported weapons and trained police in Brazil, weapons then used against Rio’s favela residents. Misleh compared the architecture of refugee camps, their heavily policed reality, with realities of police-occupied favelas in Rio. Mass incarceration and inhumane prison conditions are also experienced in both Palestine and in Rio. The militarization of police in Rio’s favelas as part of the city’s ‘War on Drugs‘ can be linked to the strategies of power used by Israel to maintain what the UN came to recognize as an apartheid state. Misleh argued that both states are using militarization under the justification of security essentially in order to commit genocide on their unwanted populations. She emphasized the importance of making these transnational connections as a way to understand how militarization of people’s lives is part of a global struggle.

The financial and strategic ties between the Israeli military, Rio de Janeiro police, and United States police were also discussed in detail–these security organizations are known to exchange weapons, tanks, and training strategies. The fact that “they are the same guns,” explained Misleh, to her further underscores that the reality is “one struggle only.” 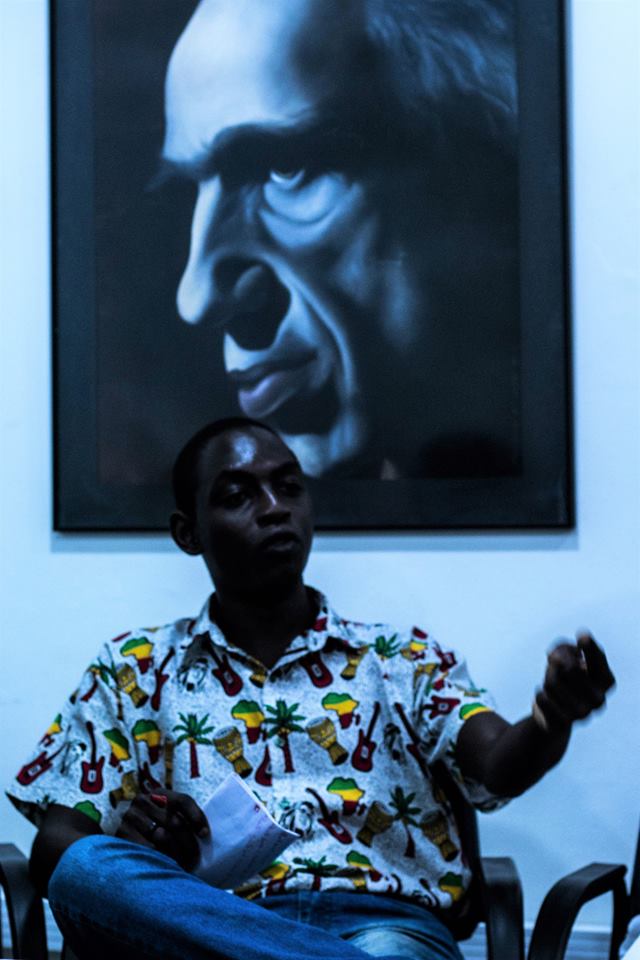 Clarens Therry, a Haitian immigrant and leader of the Haitian Immigrants Social Union (USIH), discussed the important legacy of the Haitian Revolution, and how Haitianism, the overthrow of colonial powers by a slave revolt, has been feared by the Brazilian government because it challenges many popular race-based myths. He invoked the basis of many democracies, the French principles of “liberté, égalité, fraternité,” explaining how the very governments formed on these principles are denying citizens the “right to life.” Therry challenged other aspects of academia and the normalization of colonial ideals–he criticized blind respect for historical figures and characterized individualism as a “disease” brought by European societies. Based on the Haitian precedent, he explained, in another way, a revolution, is possible: “we had a revolution and we will have a revolution here in Brazil also.”

Débora Maria da Silva, founder and organizer of Mães de Maio (Mothers of May), discussed the need for researchers of resistance movements to speak directly with mothers, the storytellers of the day-to-day, and that the distance between academia and the reality of these movements is preventing research from being effective.

Others underscored the importance of the inclusion of indigenous resistance in collective resistance. Martins reflected on her experience of exchange in Palestine, and the importance of travel to understand the struggles of others, and to apply this knowledge back in one’s home country. She also wondered how global movements could best help one another, which opened the space to a fruitful roundtable conversation. In the emotional atmosphere, attendees expressed how, beyond historical and political similarities, there was a more immediate sense of identification and solidarity with global victims of state violence. The event concluded with a feeling of strength and unity, that, as Therry asserted, “a united people is a people that triumphs.”