A night of occupation 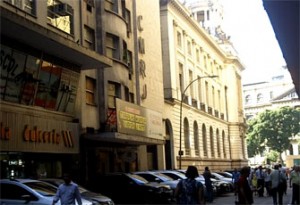 On the eve of World Habitat Day, October 1, 2007, organizers from the National Movement of Housing Vindication (Movimento Nacional de Luta pela Moradia—MNLM) gathered 126 people on two buses and headed to downtown Rio, where they had been planning for months to occupy two abandoned buildings, one public and one private: a public building on Rua Alcindo Guanabara and the Vitória Cinema on Rua Senador Dantas. Organizers began to hold assemblies on the buses when they realized they were over 50 people short of their goal of 180 people to occupy the two buildings. The question was, “should we occupy both buildings or just one? And if we were to occupy just one, which would it be? Since we knew negotiations of private abandoned buildings were more difficult, we decided to enter the privately owned building (the Vitória Cinema) and use the private space to bring up questions and complaints in the public debate. If we were able to stay, we would stay. If not, at least we would have registered these complaints,” shares Lurdinha Lopes, one of MNLM’s national coordinators, “We were evicted in one week.”

“We already knew the building beforehand, and we have several guidelines. We don’t just arrive and scatter, allowing each person to explore different floors. We go in together, stay together and organize together. We decide together when we will scatter. At night, for security reasons, we don’t go up to the second floor on the first night. The challenge is staying together. We already know that if any social problem could be resolved individually, it would already be fully or at least almost resolved. We eventually all organized on the second floor. We have a support brigade, a group we organize to guarantee safety. This is the only group with authority to explore the building all the way through, and they ready floors for occupation by other members. We were able to explore the whole Vitória Cinema in eight days.”

Even though the group was evicted in one week, the organizers succeeded in launching abandoned urban spaces into the public debate. They used their choice of the abandoned Vitória Cinema, in the Cinelândia neighborhood of Rio, famous for its concentration of theaters, to challenge downtown’s designation of private spaces. Before the week was up, MNLM hosted a movie showing, drawing a large crowd and including popcorn and ushers.

A month-long pilgrimage through Rio 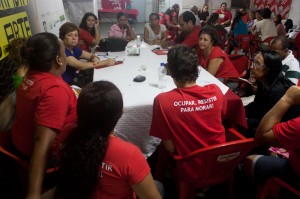 “Following the eviction from the Vitória Cinema, we left without knowing where the families would go. We spent the first night at an office of the state government of Rio and the following night, we occupied another space owned by the state government. We didn’t know at the time that it had been designated for a police unit, and eviction came quite quickly. The governor himself gave the order. We were able to negotiate with the police for time to allow the children to sleep and eat since we had spent the whole day on the street. The police allowed it against the governor’s orders. We even heard him yelling at the police chief on the phone.”

“We then went straight to the Instituto Nacional do Seguro Social, or INSS, (Social Security) building. According to one study, the INSS is one of the largest owners of abandoned properties and buildings, and this building was one of them. We weren’t able to stay there, and we moved on to another building, where the building manager kicked us out. From there, we went to sleep on the Largo do Machado square. We finally ended up at the Quilombo das Guerreiras, a fellow urban occupation community.”

The MNLM organizers and families spent a month in pilgrimage across the city, having negotiated without a single confrontation with the police. At 10am on the 28th of October, they occupied and named the Manoel Congo building (the original public building identified for occupation on Rua Alcindo Guanabara) where they still reside. “An eviction order was sent within 48 hours, but since we have connections in different government organizations, we were able to get an extension of 6 months to obtain title. We reached a night, however, when we thought there was nothing else we could do. Eviction was set for 9am the next morning. We spent the last nights reinforcing internal security and going over the security system with the elderly and children. We even isolated certain floors for them, since we still remembered a violent eviction in the very same building in 2005. We prepared marbles for the stairways, burnt oil, extra chains and boarded up windows. We didn’t have weapons and wouldn’t use them regardless. At 8pm we received notice that the eviction was suspended and the State government would buy the building.” 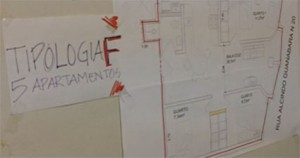 While the State government is still owner of the Manoel Congo building, it is important to note that it bought it from Social Security with funding from the Ministério das Cidades (Ministry of Cities), a governmental organization whose creation is partly the result of MNLM’s activism in the 80s and 90s. Manoel Congo’s renovation is currently pending a bidding process, and once work is complete, ownership of the building will be granted to the MNLM. In order to complete the renovation and add on funding for other initiatives, like professional training and income-generation programs, MNLM organized a successful proposal for a Petrobras open call for projects. The renovation includes 42 personalized apartments and space for education, other MNLM programs and community meetings.

Manoel Congo is comprised of 42 families and 120 residents, the vast majority of whom have lived there since occupation in 2007. Many, but not all, are MNLM activists.

Is Manoel Congo the rule or the exception? 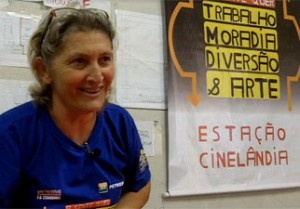 Urban occupations in Rio generally vary between a sudden occupation by a group of families organized with volunteers and occupations organized within an already existing social movement with roots throughout the country. Of this last kind, there are few, and they generally fare much better than the former. Another survivor is the Quilombo das Guerreiras, located in the São Cristóvão neighborhood; however, the community has accepted an offer by City government to relocate to an apartment building in nearby Gamboa. Beyond occupations organized by families with volunteer assistance and those organized by social movements, the majority of the rest were very individualized occupations: abandoned buildings occupied by evictees or members of the homeless population. They generally live in horrible conditions and have to deal with City Government’s Choque de Ordem (“Shock of Order” — police crackdown on informal activity).

Lurdinha puts urban occupations in Rio in perspective, citing the City’s current public policy: “We have enough abandoned buildings in downtown Rio to house at least 40,000 families. In the meanwhile, the government is evicting and planning to evict people from their homes.”

Watch this video to find out more about community life at Manoel Congo: