The December sun beats down on a vividly painted school playground, where several teenagers are going through the fast steps of a passinho phrase. They pause to teach each other, to try out a gravity and joint-defying jump, and then return to the frantic precision of the dance.

This is no ordinary school, but the Casa do Funk, home to the Rede Funk community organization based in São Gonçalo, Rio de Janeiro state. Casa do Funk has been given permission to take over one of many schools closed down by former Governor Sérgio Cabral. Due to the perseverance of MC Priscila, MC Patrão, and other dedicated team members, the school now hosts multiple classes including passinho, capoeira, hairdressing, Internet radio, and DJing. Rede Funk celebrates and teaches ‘conscious funk,’ a style that tells of the violence, pain, joy, community, and rebellion of artists’ everyday lives.

“At its root, funk is liberatory,” but has suffered decades of prejudice and repression, claims André Lycurgo, a barber at Rede Funk and author of a monograph on the subject. Lycurgo says funk’s roots can be found in 1970s blues, soul, and RnB. These genres drew the attention of the military dictatorship’s police, who feared the music might be part of an emerging black movement. Passinho dance steps reference capoeira, which was brutally repressed for centuries, and samba, which saw its own share of policing and criminalization. Passinho also draws on samba’s antecedents like lundu, a fast-paced and sexually suggestive song and dance style using a ‘belly bounce,’ and maxixe, a dance centered around the hips, which was seen as early as 1650 as a “threat to the mental health of whites.” 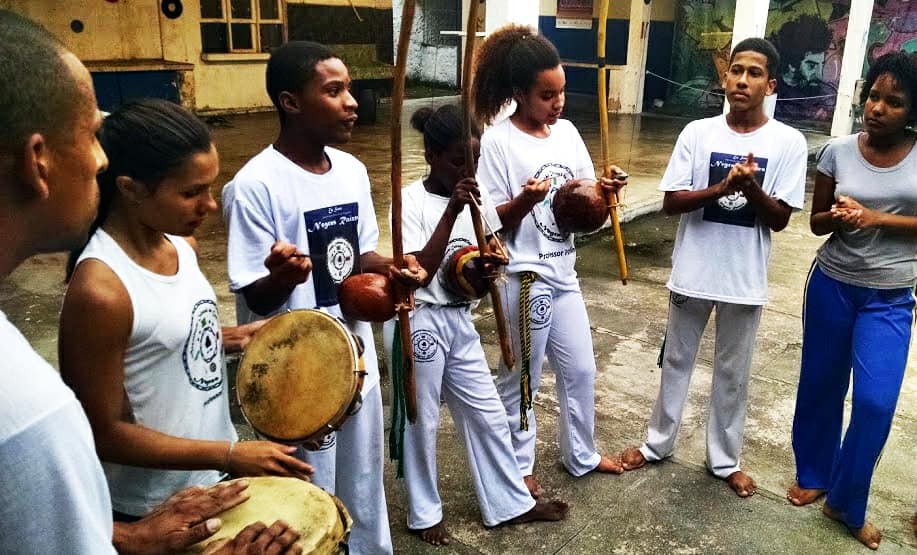 Given this historical context, it is no wonder that Brazilian artist Anitta has caused such a storm with the release of her globally successful music video “Vai Malandra.” On its release she said, “I come from baile funk and from the favela. I defend our culture and I am very proud of this.” One of the video’s opening shots features a close-up of her shorts-clad backside, cellulite un-photoshopped, as she climbs on a motorbike with the number plate ANT 1256. Many news outlets—erroneously—claimed this referenced the number of a 2017 law that threatened to ban funk as a “crime of public health against children, adolescents, and families.”

Anitta spoke up against this law and then released the now famous video that is variously considered emancipatory, objectifying, empowering, and regressive. Some see it as cultural appropriation that reinforces stereotypes; others as a celebration of the diversity of favela culture. In order to understand these contradictory reactions, it is important to ask: what does funk mean in Rio today? What is the historical context behind this polemical reaction to her video? Or simply, why does everyone care so much?

The political significance of funk and passinho

Funk and passinho are, first and foremost, art forms created in favelas that communicate daily life, hopes, dreams, and fears, and which draw from but constantly modernize age-old rhythms, steps, and messages. The creators are diverse in age, gender, and the messages they seek to communicate with their work. Funk is constantly evolving, moving, expanding. As MC Patrão and MC Priscila at Rede Funk point out, funk is also an important income source, not just for MCs and dancers, but for barbers (who shape distinct popular favela styles and, as Lycurgo says, promote self-esteem), venue workers, and drink vendors. A 2009 study showed that funk brought in R$10 million (then around US$5.7 million) to the city every month.

Given these facts, funk poses a double threat to conservative elites. First, it offers a chance for people treated abysmally by the State to talk about their experiences. It offers a platform that threatens the image of Brazil that some might like to portray. For example, the journalist Claudia Wild—who supports far-right presidential contender Jair Bolsonaro—claims that Anitta represents “national bankruptcy, without the least prospect of development.” A member of the campaign group “Funk is trash” writes: “As long as we treat [funk] as culture, this country will never be seen as a decent country.” 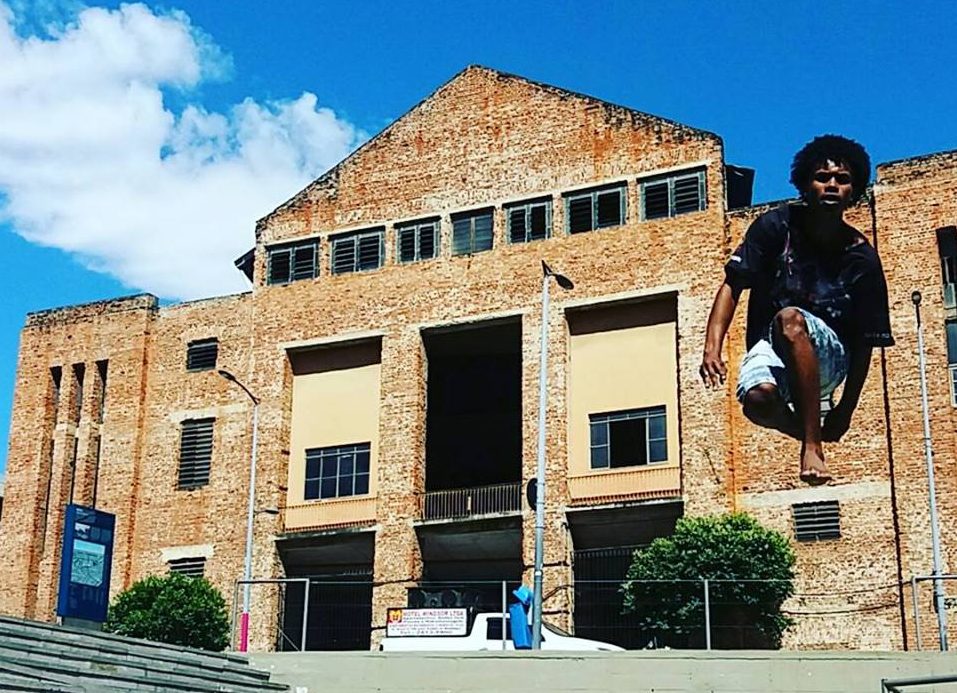 Second, funk offers a chance of social mobility that is entirely self-created, emergent, and independent of any top-down social project, whether the mobility of the music from the favelas to other countries and into middle class homes and universities, or the mobility of dancers and MCs to positions of success and influence. It has the potential to threaten the racial and class hierarchies on which the Brazilian status quo is built. As DJ MouChoque, from the DJ Ritmo de Favela duo, suggests: “Rich white people in Leblon don’t like seeing black Brazilians from the favelas have fun. They want them to be serving them drinks or selling beach umbrellas.”

Given these threats—to Brazil’s external image and to its internal hierarchies—the attempts to control and denigrate funk and passinho seem highly convenient for an elite world view. Such attempts are based on various excuses, the most typical being that funk is an apology for crime. Recent examples of repression under this justification range from the last minute prohibition of a huge matinee performance by the group Passinho Carioca in Penha to the arbitrary shooting of 13 people by police at a dance in São Gonçalo. In the case of Passinho Carioca, the organizer Thiago De Paula said that he had been threatened with arrest as dozens of young children and teenagers were left disappointed at the gates of an area that is supposed to support community development in Penha. At a recent discussion event organized by dancer and dance researcher Hugo Oliveira called Ocupação Desmistifique, the participating dancers noted that although there are several “generations” of passinho dancers, many of the first generation—around 30 years old now—have already been killed.

A second excuse given for the repression of funk is that it is misogynist, which is also one of the critiques most widely leveled at “Vai Malandra.” It is certainly true that some funk lyrics—like those of all music styles—contain messages of violence or objectify women. Yet artists with Rede Funk and Passinho Carioca show that this is not an inherent feature of the genre, but simply an example of the way the music reflects some realities of life. It is, furthermore, important to distinguish between material that is misogynist and material that is sexually explicit, because funk demonstrates powerfully that these do not have to be the same thing. There are an increasing number of female artists who use funk to assert their right to control, to pleasure, and to joy.

For example, the collective AfroFunk holds popular passinho classes throughout the city attended mainly by women. In Lapa, AfroFunk’s Taísa Machado teaches dancers how to recognize and develop the power of their bodies through movements similar to those shown in “Vai Malandra,” not in the service of any male gaze but for their own strength and above all for fun. To assume that all hip and buttocks movements are necessarily moves that a woman performs for a man is to miss out on a host of dancing possibilities, and to remain fixed in a culture of the male gaze that is possible to subvert. 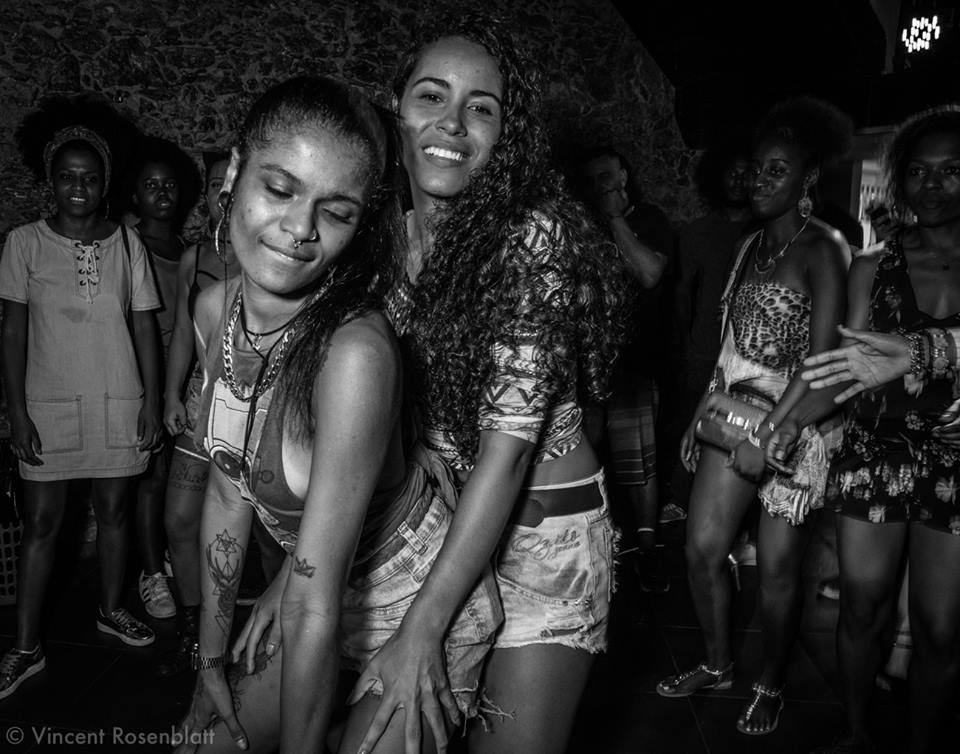 It is also worth bearing in mind the radical tradition of voguing in passinho. According to the dancer Igor Pontes, speaking at Ocupação Desmistifique, this tradition started when one of the most celebrated passinho dancers, Gambá, was beaten in a dance competition by a group of gay dancers and as a result he started to incorporate some of their movements. Since then, passinho has played with sexual and gender identities, and as Ketelyn, the 9-year-old mascot dancer at Passinho Carioca from the Morro do Caixa d’Água, told me, “there isn’t that thing of one thing for girls and another for boys.” This certainly cannot be said for many other dance forms, like ballet, salsa and tango. The huge range of movements used in passinho are not given much time in “Vai Malandra”; it is a shame Anitta did not take more advantage of the talent of dancers from Vidigal, where the music video was filmed.

To see Anitta’s video either as the pinnacle of feminist funk, or to use her video to proclaim funk to be inherently misogynist, is to miss out on the work of many highly talented artists dancing and writing new forms of feminism and black power, such as MC Carol Felix, MC Priscila, Art Black, May Eassy, MC Soffia, MC Carol, AfroBlack, Donas, and Lacraia, whose work is just as much a central part of the story of funk as “Vai Malandra.”

A third criticism leveled at “Vai Malandra”—by columnist Stephanie Ribeiro among others—is that Anitta is appropriating black culture while enjoying ‘white’ privileges. Anitta is a successful artist in a racist and sexist music industry, and, as Ribeiro argues, it is worth questioning why other artists who are more likely to experience racism than Anitta, like singer Ludmilla, have not been so successful.

Still, MC Priscila emphasizes the sense of pride felt by many favela residents with the success of Anitta’s funk hit. “It’s not [a question of] black culture and white culture. I think it’s more about a division of social class. It’s culture of the poor and culture of the rich.” She stresses the importance of asking people’s opinions directly rather than assuming that the debates raging over the Internet fully capture favela residents’ perspectives.

A focus on the funk and passinho community 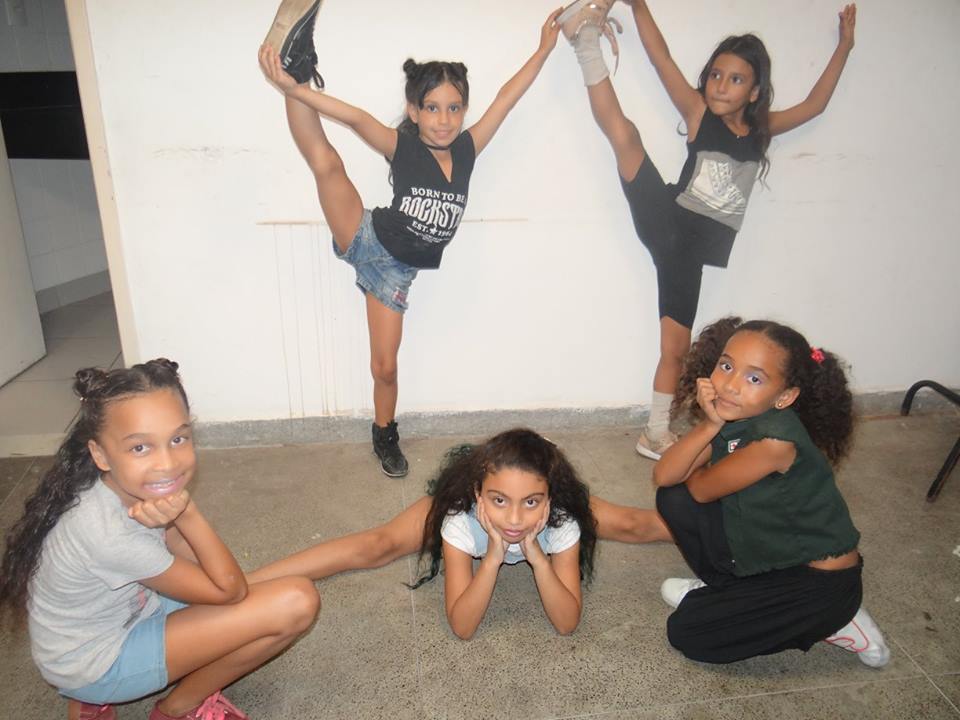 Instead of just focusing on Anitta, then, it is worth using her incredible success to take a closer look at the legacy she is part of. Rede Funk is organizing a major passinho competition in March where some of the city’s best dancers will perform. Passinho Carioca has its own dance company which is currently putting together a show that tells a story of dancers’ lives, with a bold fusion of spoken word, physical theater, and passinho. Some of these dancers, like Vinicius Rodrigues, are also part of choreographer Alice Ripoll’s internationally successful company Suave. Suave has recently produced the electrifying and extremely moving production “Cria,” a powerful story of dance, violence, and friendship. Other dancers such as Rebeca Barboza, Ana Santiago, Prince Gugu, and MC Lipinho Costa are starting to launch solo careers as singers, MCs, and producers.

All of their work defies the racism, violence, and poverty that many of the artists confront each day. Passinho Carioca’s Thiago De Paula recounts how dancers and MCs often can’t afford the bus fare to rehearsals, while Alice Ripoll reports that her dancers have been stopped several times by the police when attending classes at the Centro Coreográfico in Tijuca, simply for being black in a middle class area. As DJ MouChoque says, sound systems are regularly destroyed or taken by police, and DJs and MCs face arbitrary arrest every time they perform. This shows the extraordinary perseverance and energy of funk artists, who have created a phenomenally successful art form with minimal resources. It is critically important, then, to look at—but also beyond—“Vai Malandra,” to understand how funk offers an assertive feminism, a critique of racial hierarchies, and a powerful way of valuing lives which are constantly at risk.

Lucy McMahon is a choreographer and dancer, and also lectures in Human Rights at the School of Advanced Study at the University of London, UK. Her doctoral research explored the 2013-2014 protest movement in Rio and she is currently working on a series of choreographic and research projects that bring together human rights and dance. She thanks MC Priscila, André Lycurgo, MC Patrão, and Hugo Oliveira for their help and advice with editing this piece.