While the Rio+20 UN conference may have disappointed many, its opening day marked a turning point for Vila Autódromo, the West Zone community situated just meters from where the conference took place. Last Wednesday, an estimated four thousand people gathered there to march in solidarity with the community that is threatened with removal for the 2016 Olympics.

A Director of the Neighborhood Association, Jane Nascimento, explains: “We held the demonstration to show that nothing has changed. Twenty years since the original Earth Summit and deforestation continues… We’re requesting respect for indigenous peoples and respect for housing and community and the need for this to be included in the question of sustainability. The issue of housing and community is thrown to the side.” 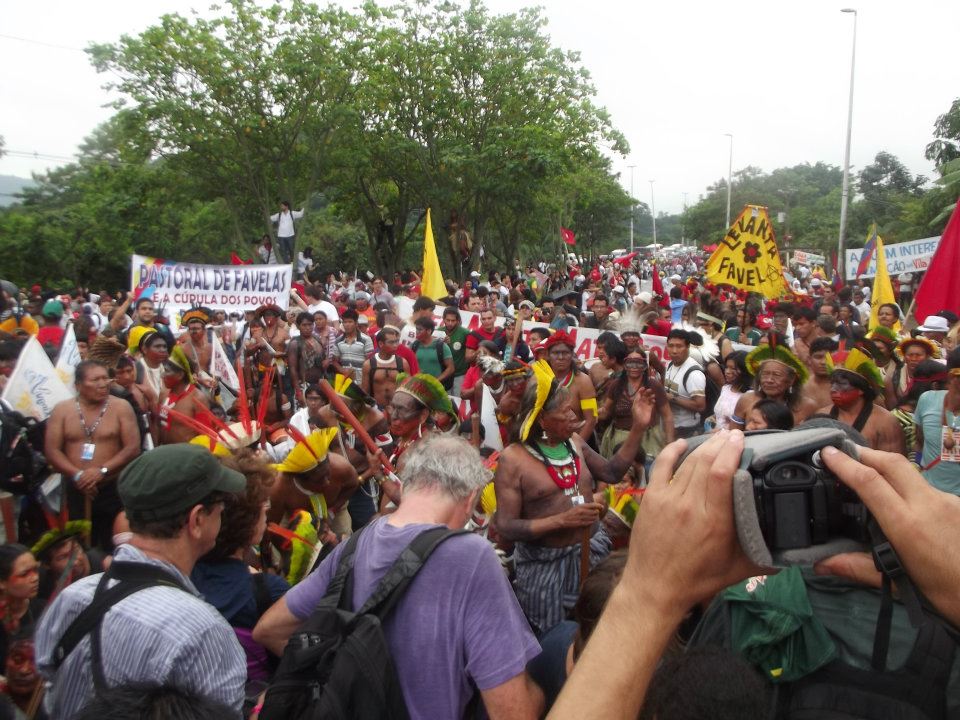 Despite Vila Autódromo having been granted a 99 year lease by the state government in 1994, the peaceful favela has been threatened with eviction since the year of the first UN Earth Summit in Rio in 1992. At that time city authorities alleged that residents were causing environmental damage. The community resisted but further eviction attempts came in 1996 under the premise of geologic risk and 2005 in preparation for the 2007 Pan-American Games. All those times the community effectively resisted.

The latest threats come with preparations for the 2016 Olympics. Vila Autódromo sits adjacent to the future Olympic site and since the initial 2009 announcement that Rio would host the event Rio’s Mayor has vied to remove the community. This despite Vila Autódromo being included in projected images sent to the International Olympic Committee through mid-2011. It is widely held that the community, originally settled by fishermen in 1967, is at risk simply because it occupies a now-valuable area next to the wealthy, expanding neighborhood of Barra da Tijuca.

Vila Autódromo has put up an intense public fight to remain grabbing the attention of the New York Times and last Wednesday’s demonstration proved an important milestone. 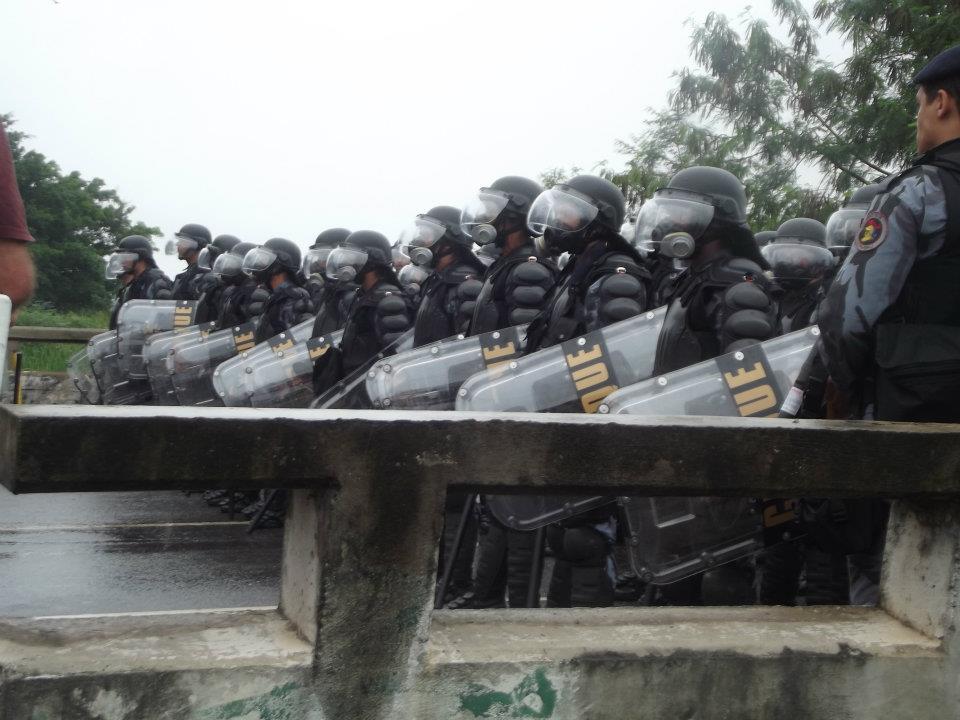 Thousands of people from across Rio and Brazil, international supporters and representatives from NGOs marched through the community to meters from where the Rio+20 conference was taking place where they were met by a barricade of 120 armed military police. Amongst the organizations that came in support of the community were the National Movement of Housing Vindication (MNLM), Rio Popular Committee on the World Cup and Olympics and the Popular Movement Center. Marching with banners saying “Vila Autódromo has resisted for 40 years” and “Removal isn’t sustainability,” the community was eventually received by Municipal Secretary of Conservation and Public Services, Carlos Osório who pledged to consider their case.

“It’s been very positive for the community,” says Altair Guimarães, President of the Neighborhood Association. “We’ve never had so many people in the community like this. We’ve shown that we’re organized and that we have partners in Rio and outside Rio… we still don’t know what the result will be but you can sure bet that this has been very important.”

Check out additional coverage and photos of the demonstration from War on Want.