This is the first of four articles about the cluster of favelas in Curicica, Jacarepaguá, that are awaiting urban integration projects through the Morar Carioca upgrading program. 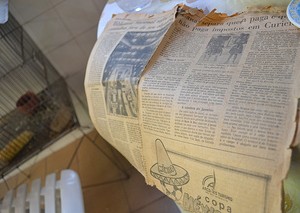 “I’d never even thought of the word before they started using it to describe me,” said Regina Sônia Gomes Baptista, known by Sônia, ex-president of Vila União da Curicica, unfolding a newspaper as she stepped out to rejoin us in her sunlit front porch. There, on brown-tinted paper that had been nibbled at the corners by age, stood a younger Sônia in front a younger Vila União, her son quasi-naked in her arms. And that word, in bold letters below: “leader.”

The surrounding text detailed the emergence of favela communities in Jacarepaguá beginning in 1982. The headline: “Canal separates who pays and who doesn’t pay taxes in Curicica.”  But such simplification overlooks the spectrum of motivations and the scarcity of alternatives that gave birth to communities like Vila União.

Over coffee and biscuits, she told stories of life before the occupation, of too much money sacrificed for the most basic necessities, and of violent episodes that surged from the dearth of opportunities in the region. “Now there’s none of that,” she said. “There’s never been violence here. It’s a peaceful community we live in.” Vila União and its neighbors are among a minority of favelas in Rio that are run neither by vigilante militias or drug traffickers. They are community-managed. 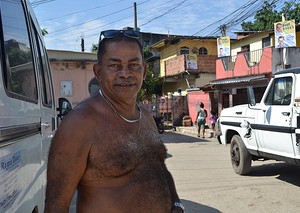 There was nothing here at the beginning, Sônia explained to me – just empty space and municipal plans to build an additional hospital on a fraction of the land. But the demand for housing during the era was overwhelming. Edson ‘Pitimbu’ Ribeiro, president of the Resident’s Association of Vila Pitimbu, spoke of the disconnect between people’s priorities and the plans of City Hall: “There was a space here (where Vila Pitimbu is today) that was set to become a plaza or a school, but there were already various schools and plazas in the area. The necessity of living was our first priority.”

“The City said we couldn’t build anything here, but one day, I came by and people were dividing the land between themselves and starting to build,” said Sônia. Renildo, president of the nearby community of Abadiana, recalled the spirit of collective action that marked that era: “Let’s trade materials and get to work, alright, friend?”

The movement spread and gained momentum in little time. According to the article Sônia showed us, 20 such occupations occurred in the neighborhood of Jacarepaguá between 1982 and 1986. But none of it came easily; building a community from the ground up came with obstacles that many weren’t ready to tackle. “When I came here,” said Ribeiro, “everything was already occupied. But someone gave up and passed his land on to me, and from there I started to build a wooden shack of my own. Everyone started with a wooden shack then, naked and uncemented.” Everything started then, from the simplest materials, from wooden shelters and the beginnings of a brick foundation that residents had started to lay around them. 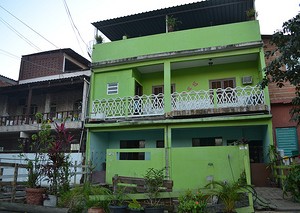 Looking at the area where Abadiana, Vila União, and Vila Pitimbu are located now, it’s difficult to imagine its bare beginnings just a few decades back. The houses are solid and cemented, with colorful façades that greet visitors into the warmly lit, vividly tiled spaces within. The buzz of construction, though less prominent now that many living necessities are in order, continues. Residents seek constant improvement. “This is about two years old,” said Renildo of the building to the right of where I entered Abadiana. “And this project of laying concrete on our main road started just under four years ago.”

“All of this,” he said, “is the work of the people who live here. And everything was organized by the Resident’s Association.”

“We needed to organize.” 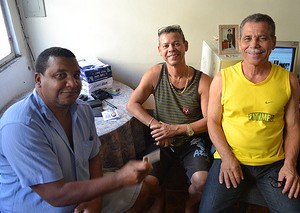 “At the time,” said Edson Ribeiro, “when all those occupations were happening in Jacarepaguá, the Prefeitura (city government) would come and remove people from their houses. So what we had to do was get together in the same way that we occupied this land. We needed to organize.”

Ribeiro is a powerful personality from the first glance. Our introduction was quickly followed by a blaring musical promotion announcing his candidacy for City Council, and our interview was marked with frank and frequent questions on his part about the intentions of my work. It’s fitting, then, that he would lead this process of mobilization in his own community of Vila Pitimbu. With the help of the Federation of Associations of Favelas in the State of Rio de Janeiro (FAFERJ), a board of directors was formed, a constitution was drafted, and efforts began in order to acquire legal ownership of the land the community had occupied.

“This area was set to be a school and a plaza, and so the land had to be cleared out,” he said. “We needed to separate ourselves from the area of the municipality.” For 10 years, Ribeiro spearheaded this work, contacting the city government and communicating the population’s desires for legal ownership and land title. Eventually, in 1996, the process was finished: the city government called the residents of Vila Pitimbu to sign their documents. “They said we could keep our houses,” said Ribeiro. “We had to pay the government for the land for 8 years, but it was cheap then: just 18 or 20 reais a month.” 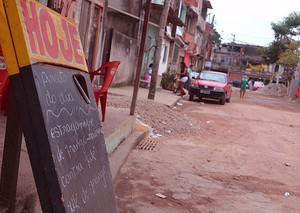 The story is similar in Village Campo da Paz, a community that started when an old factory went bankrupt and was abandoned and afterwards occupied. “The municipality tried to take us out, to dispossess us,” said Resident’s Association president Lindinalva da Silva. “But eventually we were able to keep our land. Everyone who wanted to stay had to pay the Prefeitura.” From those beginnings, the Association has grown to implement sanitation, water, telephone lines, and electricity throughout the community. “We grow more and more everyday,” she said. “But all of it is done by the Association and the community members.”

Vila União hasn’t had the same luck in terms of land title. Though the City has, until recently, allowed the community to stay where they’ve settled, Sônia said: “We want to legalize our land rights, but so far, we haven’t been able to. The land still legally belongs to city government. They can let us stay, or they can take it away.” Faced with an uncooperative governing body, the Resident’s Association of Vila União has focused on providing the necessities they’re able to provide.

Sônia spoke of the struggles that accompanied a growing community in the absence of public services: “We arranged a mutirão (collective community action) to pull water from the city’s system. Before that, people had to carry water in from outside. But as we grew, the water wasn’t enough, and so we asked the Prefeitura to legalize the water so everyone could have access to it.” The requests, however, went ignored. More mutirões were thus arranged to serve the growing population. “Now we have water coming in from here, from there, from everywhere!” she said, giggling.

“It’s not a question of asking because we’ve already asked,” said Sônia. “It’s a question of survival. Imagine a community without water. Everything would stop.”

“What comes with the most sacrifice.” 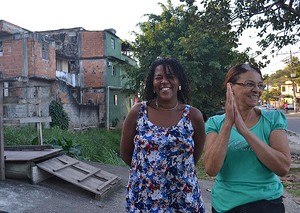 “I had no ambitions of leadership at the start,” Sônia said with a smile. “I just liked to talk to people, to communicate, to help get things going by connecting people’s efforts to each other. And that ended up being crucial.” You can always hear that smile in the cadence of her speech, which is pointed but gentle: a perfect symbol of the strength, optimism, and stubborn faith that continue to power the trajectories of Vila União and the communities that surround it.

It’s necessity that created these communities, and it’s due to the weight of inequality and negligence that difficult measures had to be taken to ensure the well-being of those inhabiting them. The life that the era offered for those excluded from a small circle of privilege was one of much uncertainty and scarce opportunity. They decided, then, to build their own opportunities. Their own neighborhoods, their own houses, their own lives.

And none of it came easy – but in the end, said Sônia, “what comes with the most sacrifice is also the most valuable.”

This is the first of 4 articles about the cluster of favelas in Curicica, Jacarepaguá, Rio de Janeiro prior to upgrading through the City’s Morar Carioca program. The next article will examine the threat of removal that some of these communities are facing with the construction of the TransOlímpica Bus Rapid Transit (BRT) line.