Resistance emerges in innumerable expressions, the diversity of which was highlighted at the “Circulando–Dialogue and Communication in the Favela” event in Complexo do Alemão, in the North Zone of Rio de Janeiro, last Saturday, December 1. 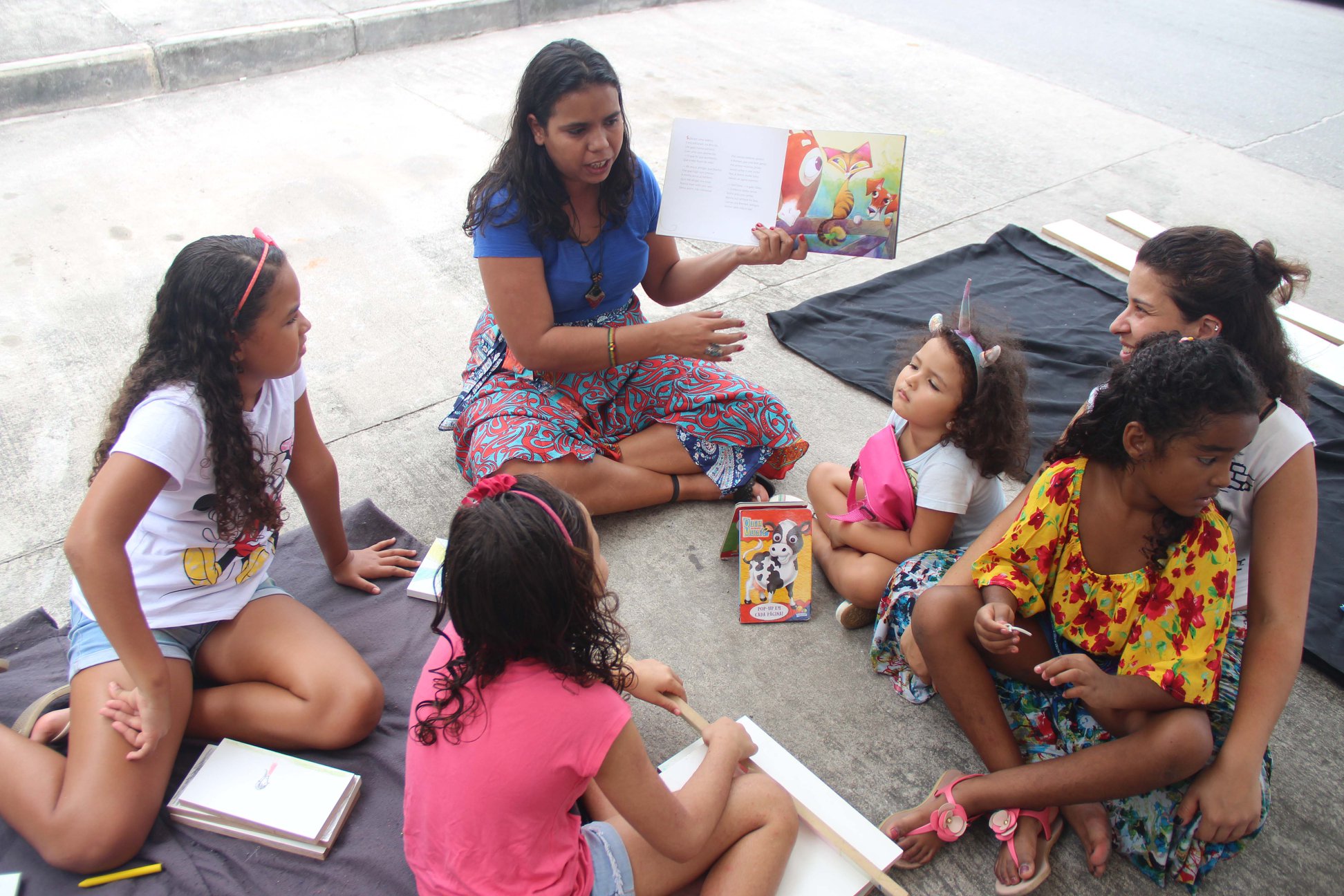 The event sought to engage productive discussions among traditionally marginalized communities through a series of presentations and activities. The day-long annual festival occupied Avenida Central, Morro do Alemão‘s main road, from 10am to 9pm with music, theater, dance, graffiti, food, fashion, and more. 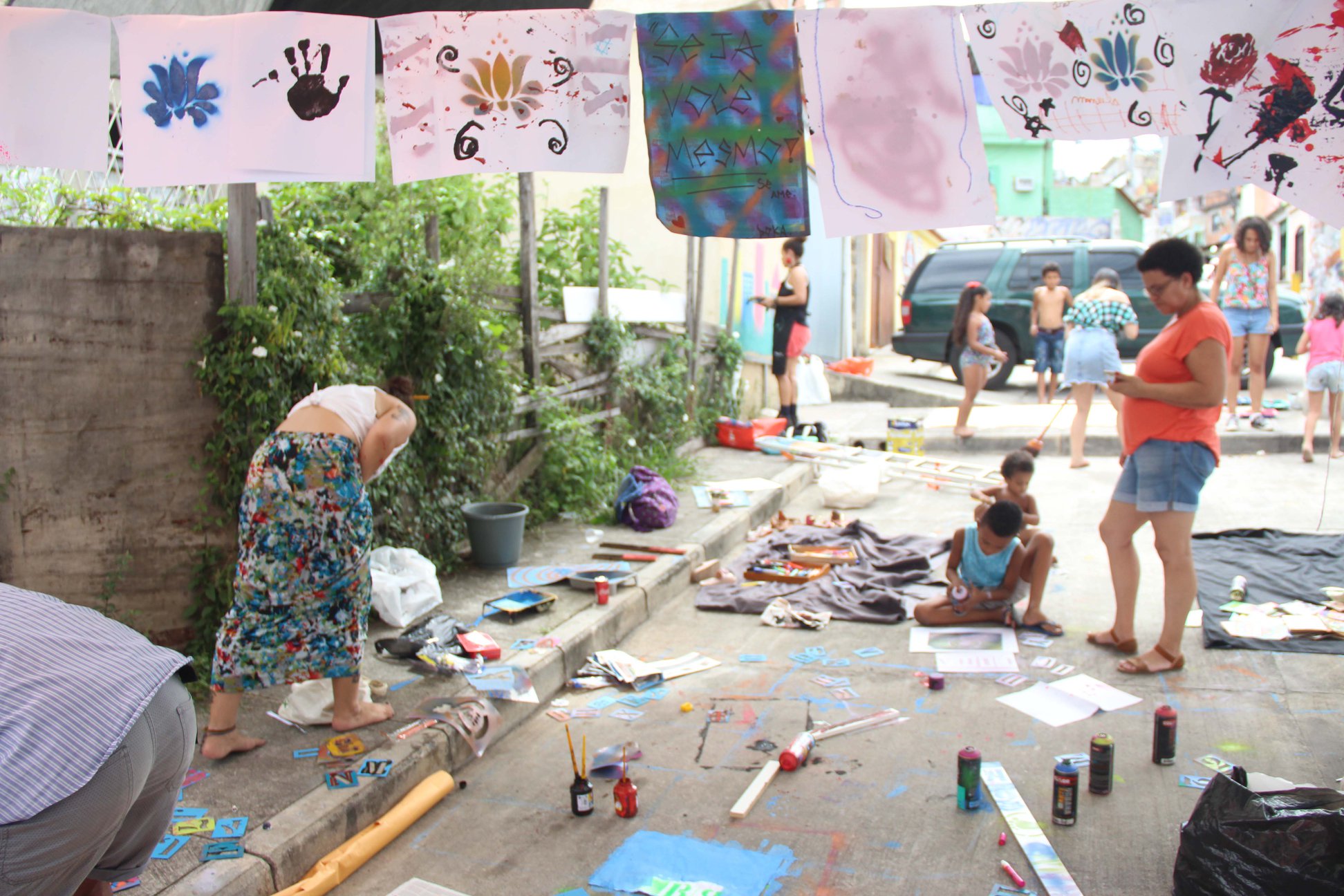 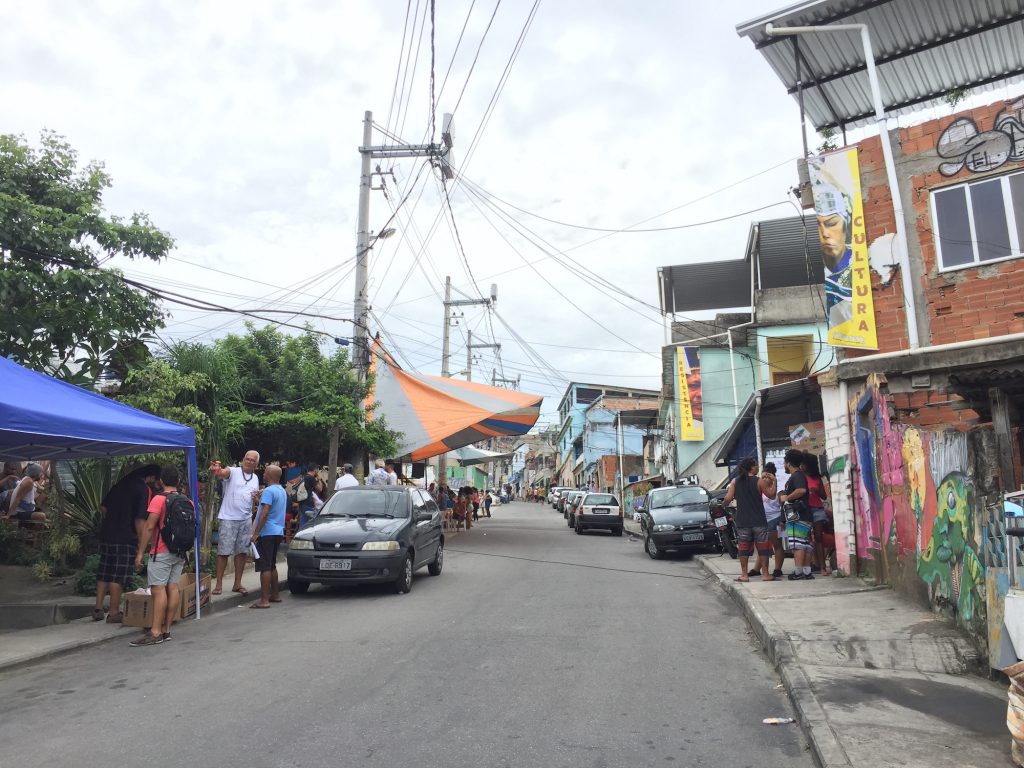 Celebrating its 14th edition, Circulando takes its name from the Portuguese verb meaning “to circulate.” This year’s theme was “Diversities,” stimulating conversations surrounding themes of diversity, race, ethnicity, gender, sexuality, and class. Together with other local partners, the event was organized by the Roots in Movement Institute (Instituto Raízes em Movimento), a community-based organization focused on the cultural and social development of Complexo do Alemão and other favelas. 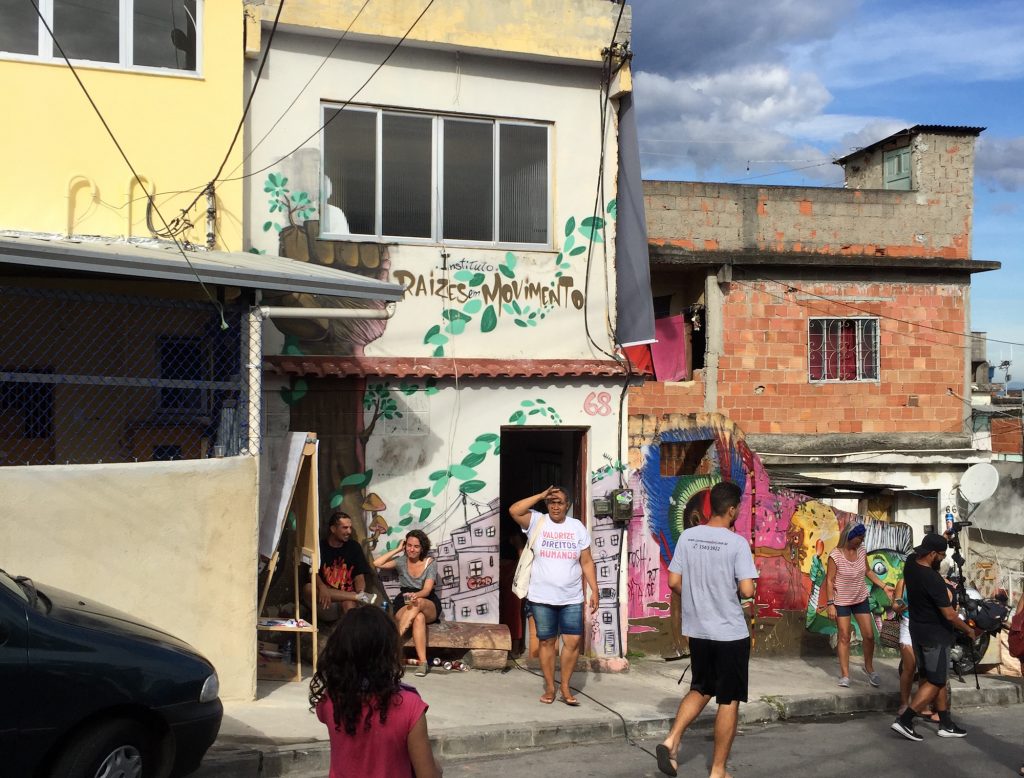 From early in the morning, adults and children stenciled inspiring messages on colorful papers. Taking place alongside the art workshop, one of the first activities of the day was a discussion circle centered on youth and human rights. In their headquarters, Instituto Raízes em Movimento held a class on living memories with community educators Gizele Martins and Fransérgio Goulart, exploring memories of the dictatorship and oppression. Later on, collaborators organized artistic activities for children. 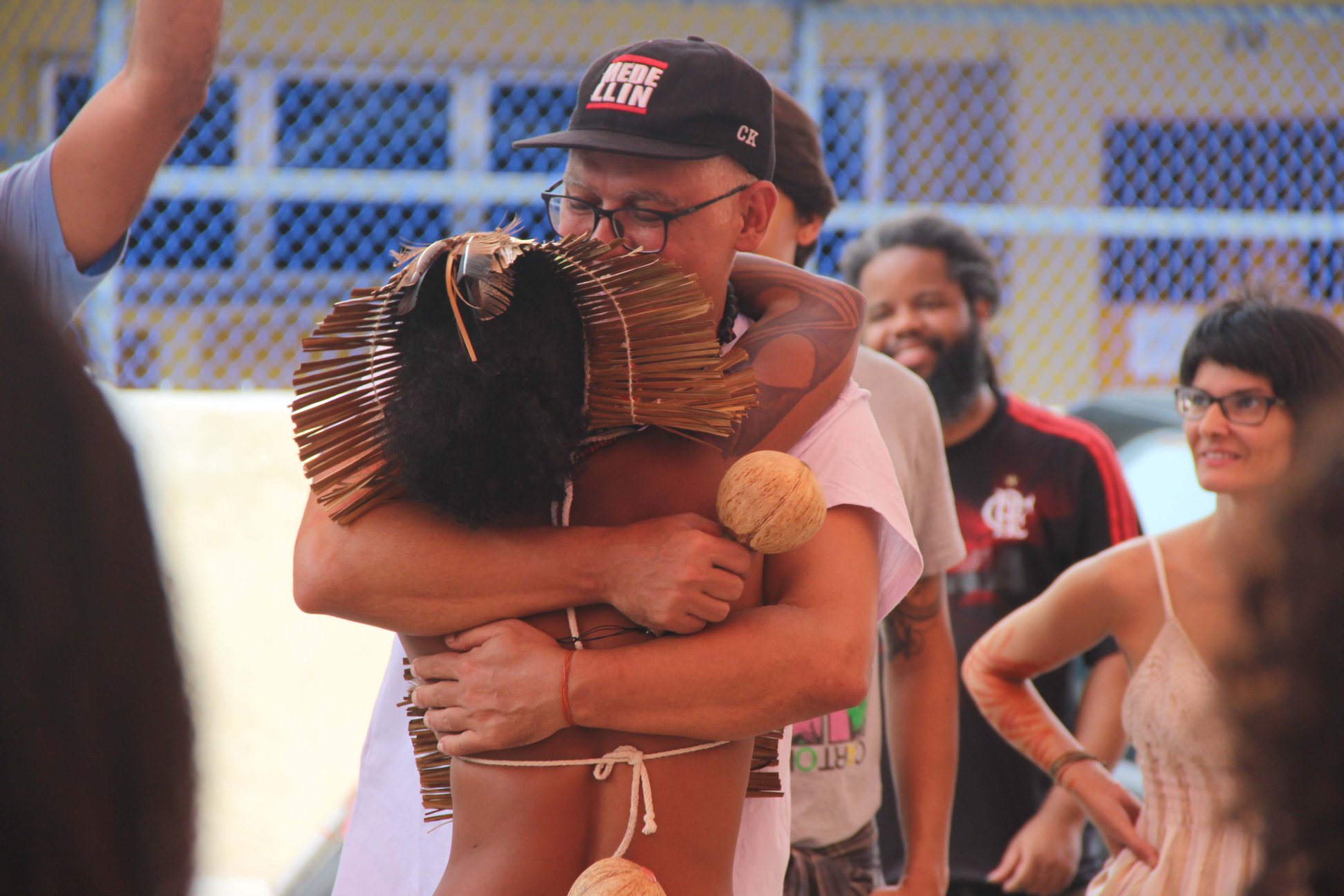 After lunch, the afternoon’s activities began with two indigenous speakers, Yracema Sussuarana Tupinambá and Taquari, members of the Tupinambá of Olivença indigenous community from the Itapuã Village in Ilhéus, in the Northeastern state of Bahia. They spoke on the FavelAldeia exchange, an initiative to bring together favela residents from Alemão with indigenous peoples from their village, and described their experiences and forms of resistance. Afterward, the speakers invited the public to join them to celebrate a Tupinambá ritual known as “Porancy” that reconnects people to the land and to their ancestors. 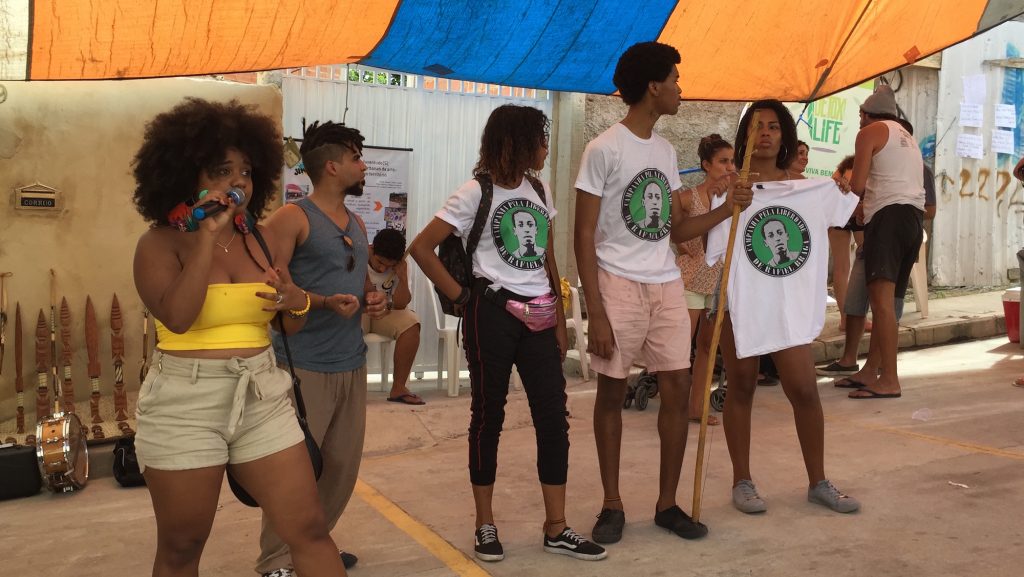 Next came a statement from Occupy Alemão, calling all the attendees to become allies in fighting for the liberty of Rafael Braga—a young black man from Vila Cruzeiro who was unjustly incarcerated twice and contracted tuberculosis in prison. He is currently under house arrest while receiving treatment, but the group is fighting to demand full amnesty for Braga. 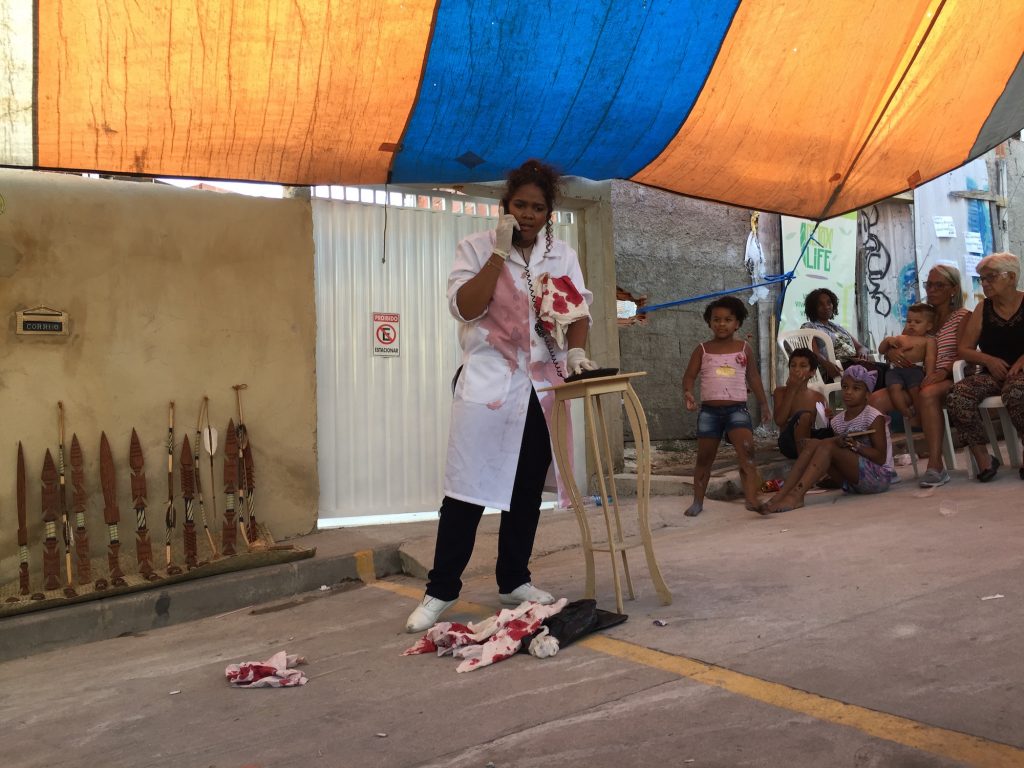 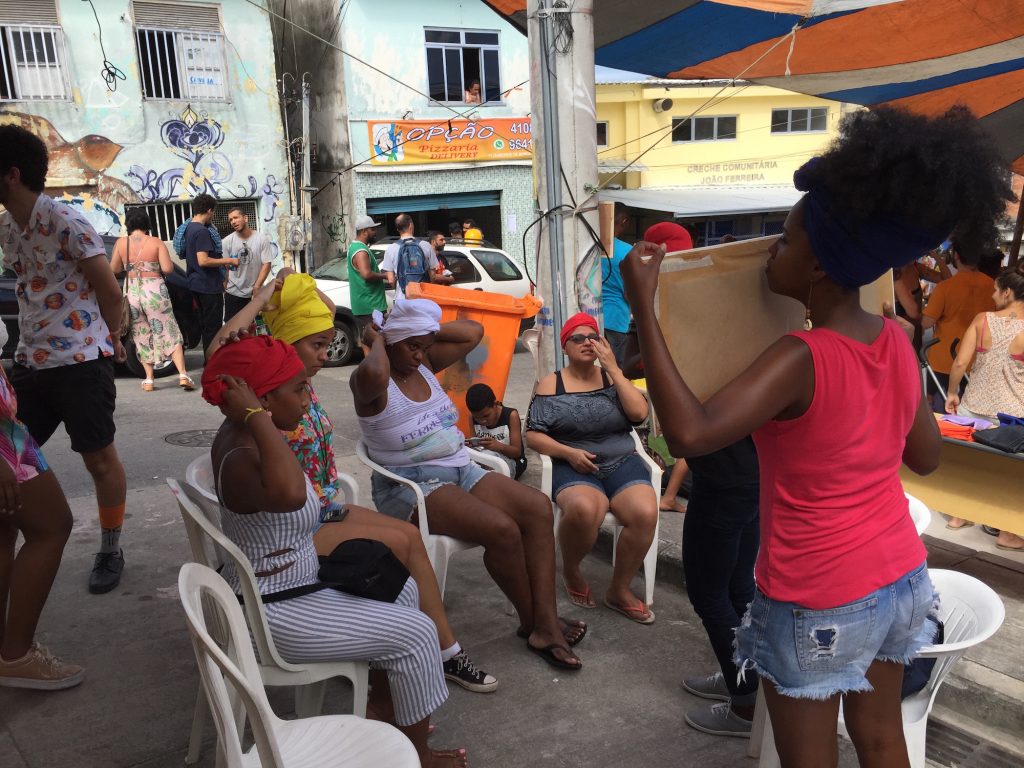 The first of a series of performances, Bloco d’Águas moved the crowd to their refreshing samba and maracatu songs, followed other artistic presentations including a theatrical performance by Quitta Pinheiro and the exhibition of the film The Sacred Within Us. Simultaneously, a headwrap workshop attracted women and children to learn about this fashion item with symbolic significance within black communities, while a relaxation tent offered massages. Slam poetry collective Slam Laje and theater group Teatro da Laje then occupied the stage, bringing laughter and deep reflections to spectators. 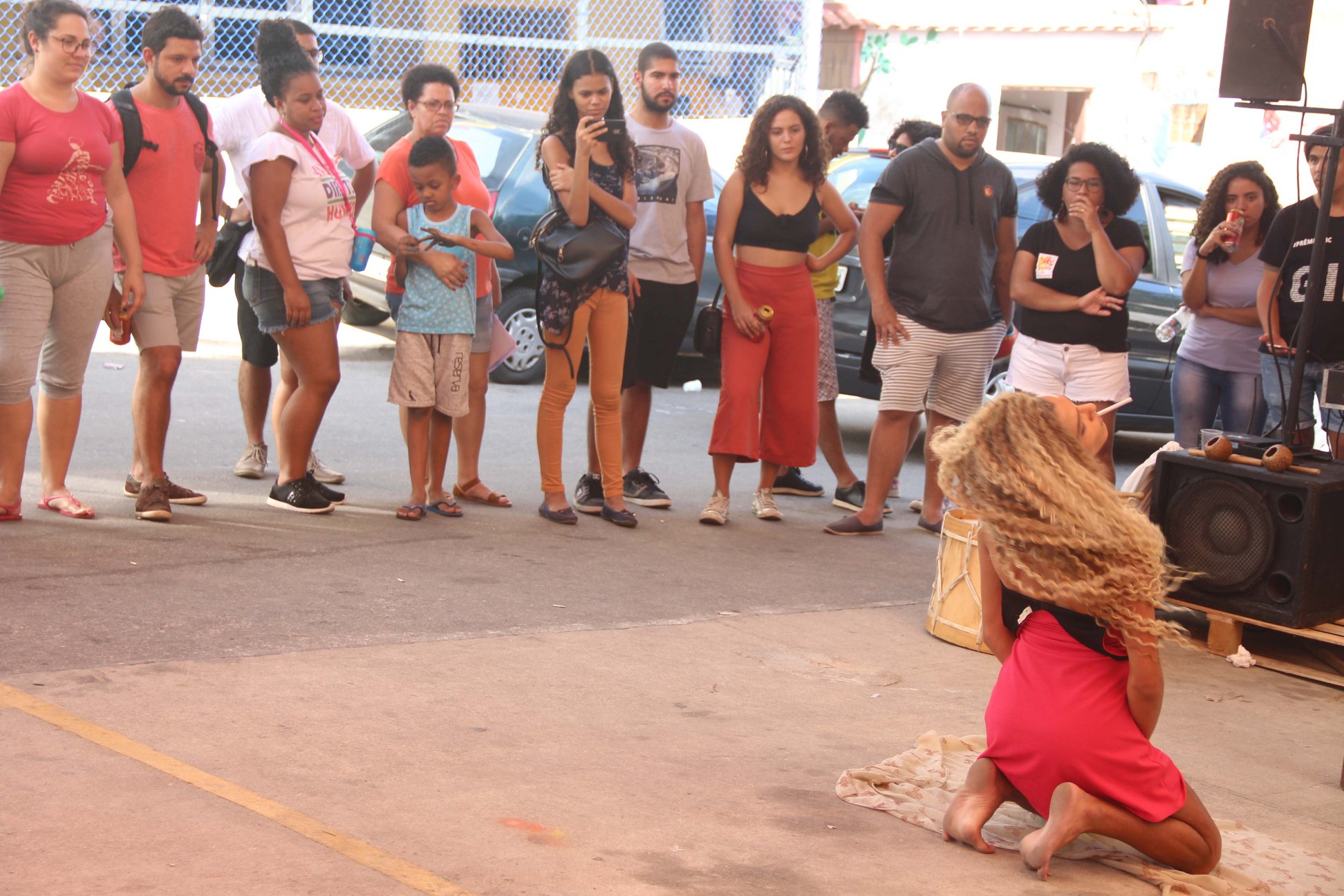 The final hours of the event were filled with forró music and a full dance floor, bringing this celebration of diversity and identity to a joyous ending. 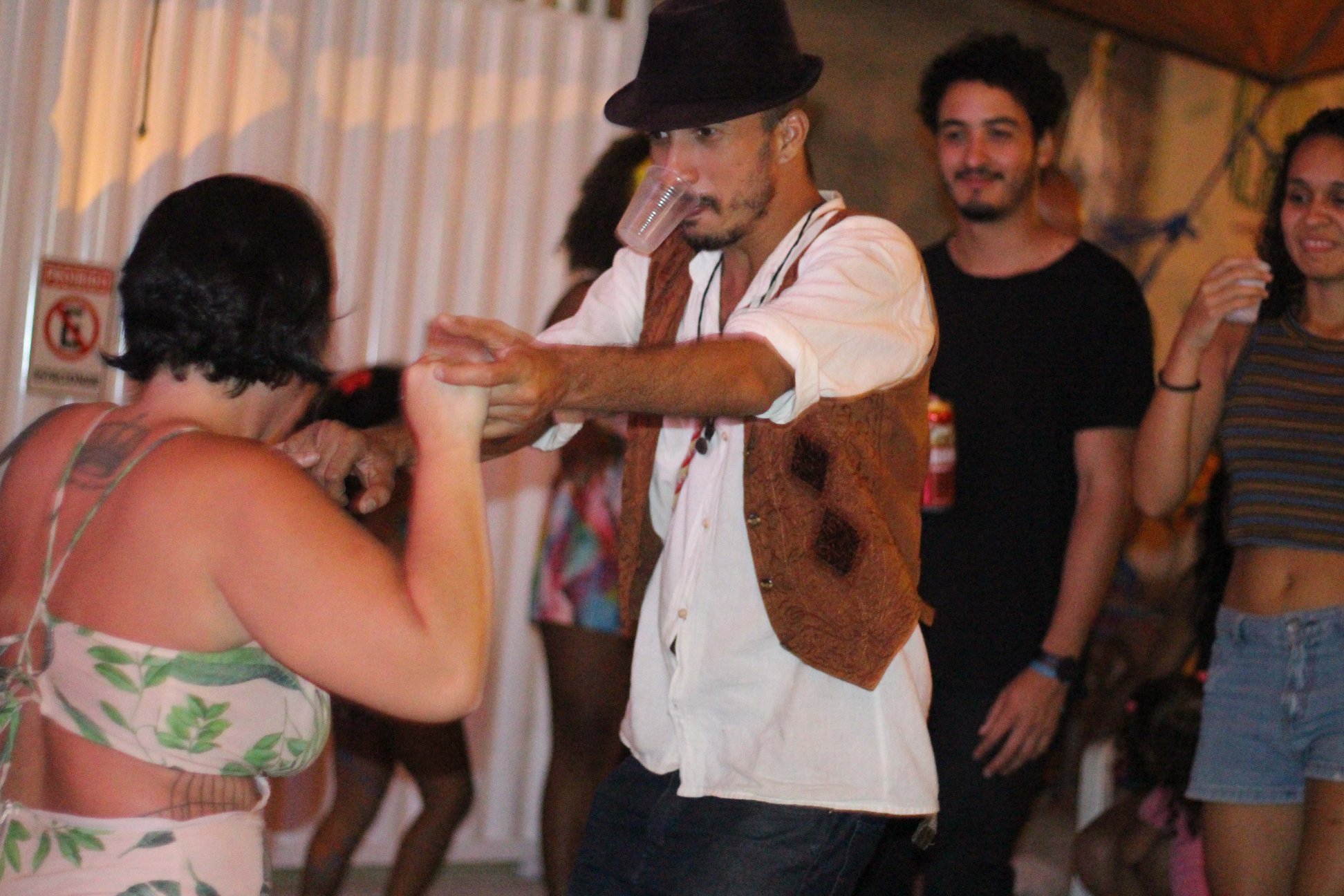 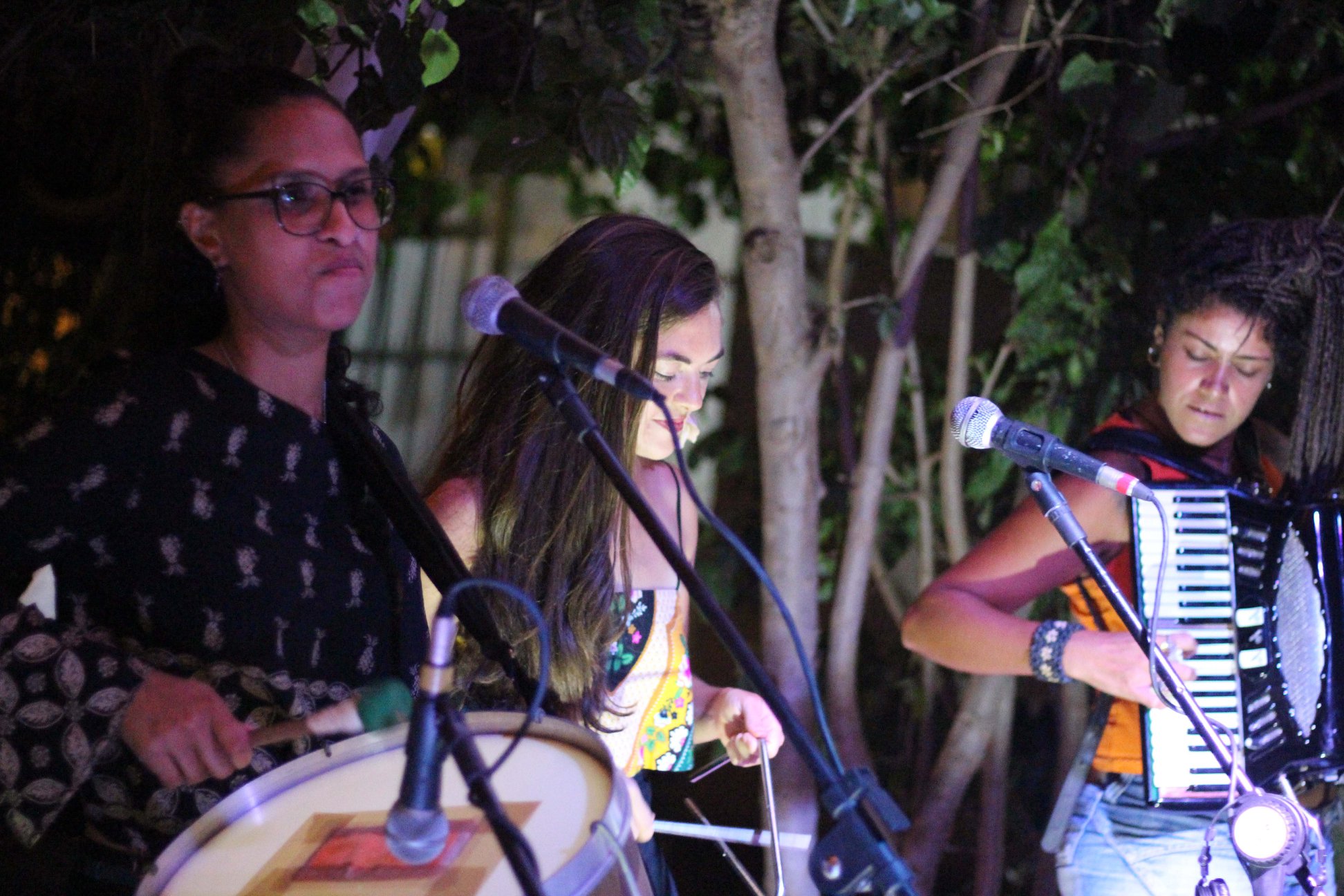