This is the first article in a four-part series highlighting research that demonstrates the unequal geographic distribution of violence against women in the context of pre-Olympic evictions in the city of Rio de Janeiro.

Violence against women is systemic and brutally structures reality and the spaces in which it selectively materializes. Thus, it is fundamental to understand how this phenomenon occurs in some spaces and is unequally distributed across the city in order to design policies related to social interest housing, mobility, education, and health that encompass public safety—especially women’s safety. A geographical survey of data on violence against women is, therefore, urgent.

Major urban transformations carried out by public authorities in partnership with large contractors have significantly deepened segregation and social inequality in the city of Rio de Janeiro in recent years. As a result, thousands of families have become more vulnerable. In this process, through engagement and living in the process of resistance to eviction, many women have become brave warriors who transcended the struggle for their own homes to fight for their community—for their right to the land.

The everyday reality of peripheral housing complexes in the Minha Casa Minha Vida (MCMV) public housing program of the past decade is more acutely experienced by women. The process of mass evictions carried out in recent years resulted in the disconnection from familiar places and the rupture of bonds of solidarity that enabled women to go to work despite the scarcity of public institutions dedicated to childcare. Another example is the inadequacy of public services, hindering regular medical care and children’s school attendance—both of which are conditions for receiving Bolsa Família welfare payments. The peripheral location of MCMV housing also situates women in locations where job opportunities are scarce and precarious, reinforcing women’s presence in unemployment and informal employment statistics; a recent study shows that in 2018, a typical unemployed person in Brazil is a 34-year-old woman with children and a high school diploma.

The complexity involved in defining public policy guidelines relates to the existence of multiple desired objectives and interests. The Minha Casa Minha Vida program, in its design, focused on the provision of social interest housing, the production of market-based housing, and on a counter-cyclical policy to minimize the harmful effects of an economic cycle in progress—the objective was to create jobs through investment in civil construction to ward off the Great Recession happening elsewhere in the world in the late 2000s. Thus, the program’s market-based character negatively influences its potential to fulfill what one might argue more legitimately should represent the goal of a mass housing program: guaranteeing the “right to the city.” In addition, one variable was completely invisible and disregarded when defining the logic of housing development locations: violence against women.

The evident inadequacy of predominantly locating social interest housing in the West Zone, especially in Planning Area 5 (the far West Zone), is demonstrated by the disorganized and discontinuous indices of urban expansion in the region, insufficient infrastructure and services, as well as the low Social Development Index (a measure of access to sanitation, housing quality, health, and educational attainment) of neighborhoods in the area. The data on violence against women, in turn, show that violence, poverty, and vulnerability go hand in hand. 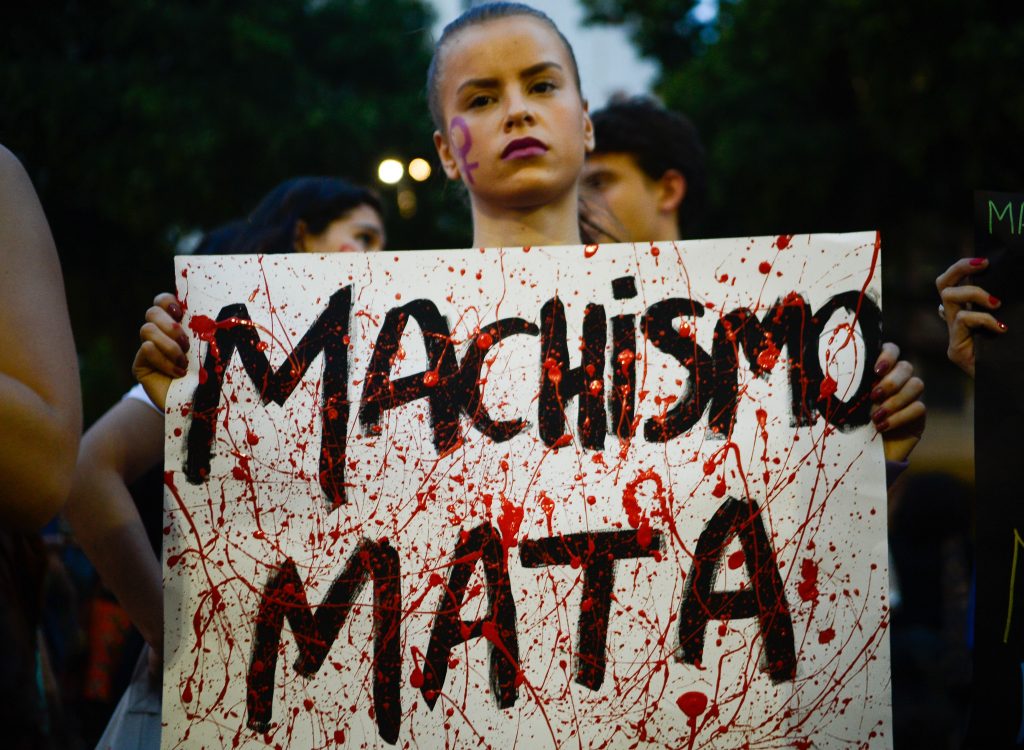 The present research on violence against women in Rio de Janeiro is based on reported instances of rape, intentional bodily injury, and murders of women and covers the period between 2009—the year when the MCMV program began to be implemented and Rio de Janeiro was chosen as the venue for the Olympic Games—and 2016, the year concluding the cycle of mega-events that legitimized segregating urban transformations and when the MCMV public housing program, was, in practice, suspended. Exclusionary and racist geographical patterns were evident in all of the crimes analyzed.

Here, the data were analyzed by focusing on geography and the types of crime that are most significant for understanding exclusionary geographical patterns in the city of Rio de Janeiro. The ISP data utilize Integrated Public Safety Districts (CISPs), which comprise neighborhoods (or parts of neighborhoods) in the city as geographic units of analysis. The 32nd, 35th and 36th CISPs—neighborhoods in Rio’s West Zone—contain the most occurrences in absolute numbers and are among the CISPs with the highest rates of violence.

An analysis of reported instances of violence has its limits and does not encompass all crimes committed in a given place, but it is important as a tool for designing integrated public policies that break the cycle of violence against women. Police reports are only an estimate of crimes committed—admittedly an underestimate of true figures as most crimes are not reported. Thus, official crime data are subject to several limitations, reflecting the social process of reporting crimes rather than the entirety of crimes actually committed in a given location. The issue of underreporting is widely recognized; according to studies, only 10% of cases are reported.

In the following articles in this series, data on rape, intentional bodily injury—which includes domestic violence, and information on the violent death of women and femicide will be presented with the aim of discussing the relationship between public policy, geography, and violence against women.