This is the second article in a four-part series highlighting research that demonstrates the unequal geographic distribution of violence against women in the context of pre-Olympic evictions in the city of Rio de Janeiro.

As mentioned in the first article in this series, the Minha Casa Minha Vida (MCMV) public housing program was primarily implemented in the West Zone of Rio de Janeiro, a region already lacking adequate infrastructure and services. The program’s implementation resulted in sharp population growth in the area, which further spurred disorderly urban sprawl in the region. In addition, the expansion of Rio’s militias‘ domain has amplified the grave consequences experienced in the absence of democratic rule of law, aggravating violence in the region and highlighting the biases underlying associations between violence and poverty.

In an interview, a resident of a housing complex in the West Zone stated: “Each place has its ‘owner.’ Everyone should mind their own business and stay in line.” This statement is more than a perception of reality; it materializes profoundly as a survival strategy. For this reason, and owing to the deeply ingrained perception that “one shouldn’t meddle in a fight between husband and wife,” the environment is conducive to widespread violence against women. After all, who would come to the rescue? The police? The militia? Anyone?

Understanding how violence is experienced by women on an individual level would require insight into social relationships. Therefore, individual acts of violence against women should be analyzed in the broader context of socially produced violence that systematically violates women’s economic and political rights. The economic, social, and political pressures that engender a context of generalized violence—such as impunity stemming from the absence of democratic rule of law and the sexist mystification of rape that currently encourages victim blaming—contribute to alarming rape statistics.

The concentration of rape incidents in Rio’s West Zone and the increase in the number of cases in this region beginning in 2009 suggest that these indices have been influenced by the excessive and disorderly population growth resulting from the locational logic of the MCMV program and by policies of eviction that resettled residents in those homes. The graph and table below synthesize this potential correlation. 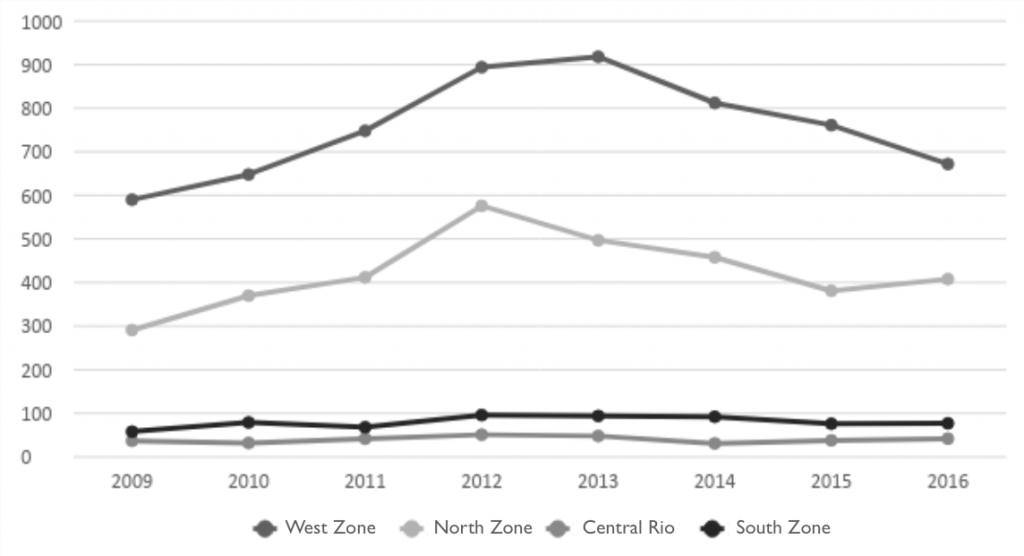 Table 1: Characteristics of rape incidents by zone. Table created by the author.

Reported rape incidents reveal a unique geographic distribution with regard to the characteristics of this type of crime. For example, we can observe that victims’ race is distinctive and symptomatic of the racist pattern of peripheralization resulting from the capitalistic and patriarchal production of space. The percentage of black or brown rape victims is higher in the West Zone. Territorial segregation also determines particularities with regard to the location where crimes take place. In the West Zone of the city, rape is predominantly a domestic crime, as seen in 72% of cases. The disturbing trend whereby children and teenagers constitute the majority of declared rape victims can be observed in the West Zone, whereas in the South Zone and Central Rio this pattern is less evident.

Due to its differentiated pattern of use and occupation, Central Rio is the region with the highest number of reported rapes in public places. In the West Zone, on the other hand, rape incidents on public transportation represent 43.1% of cases across the city, with most crimes taking place in alternative transport vans. It is important to remember that the City banned the circulation of vans in the South Zone following the repercussions generated by the case of an American tourist who was brutally raped in a van in 2013. In the rest of the city, vans continued to circulate with the stipulation of a ban on of the use of blackout window screens. 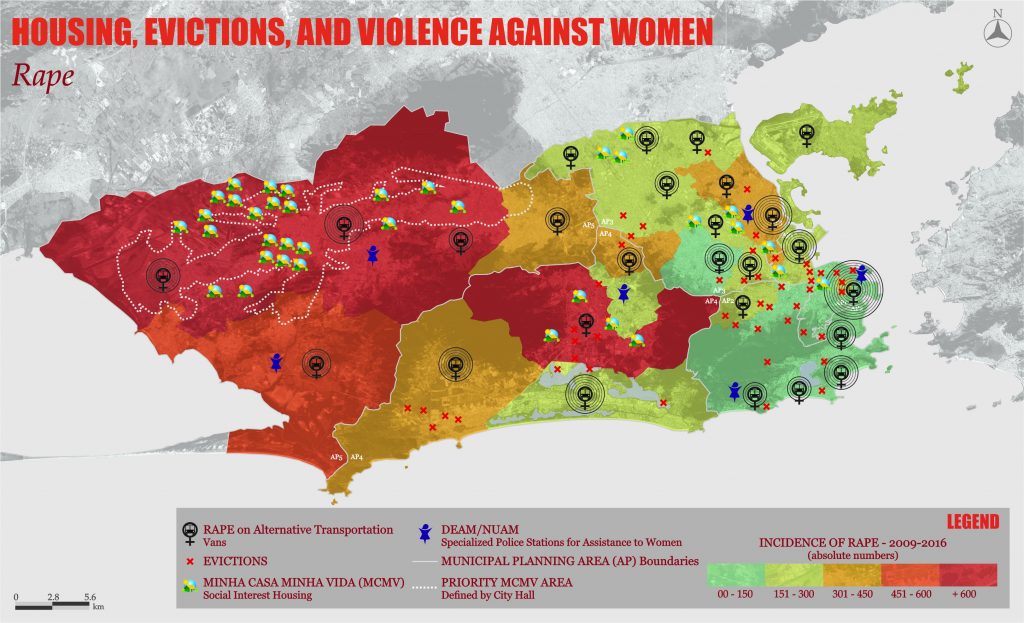 Public housing has historically been used as a policy of social control aiming to contain workers and moralize their habits. Rape, on the other hand, has been used as a weapon of political terrorization, often directly arising from official policy. In Rio de Janeiro, this strategy is evident but in this case, the policy of control made possible by MCMV acutely falls upon women by way of structural and institutionalized violence.

Therefore, when absolute numbers are considered, the West Zone constitutes the area with the highest concentration of rape incidents. However, the Economic Commission for Latin America and the Caribbean (CEPAL) recommends that the calculation of gender statistics be standardized, such to present indices of violence per 100,000 women and per 10,000 women. Thus, violent crime rates were calculated in proportion to the population (according to the 2010 Census) in an effort to verify the trends observed in this dataset. However, the datedness of the 2010 Census and the major urban transformations that have taken place in the meantime (with rapid growth in the West Zone due to MCMV developments and general urban displacement) make it difficult to accurately estimate these figures. Calculated as such, Central Rio had the highest rate per 10,000 women in 2010 with a relatively high number of incidents inflated by the floating population that circulates in Central Rio for work or leisure relative to the region’s smaller resident population.

In terms of both absolute numbers and rates in proportion to population size, this analysis demonstrates the limits and the potential of territorialized research on violence against women and demonstrates the necessity of integrated and inclusive urban planning and public policy actions. Affirming the government’s responsibility in violence against women is fundamental in the fight against gender inequality.

In the coming articles, data about willful bodily injury—which encompasses the issue of domestic violence—and information on the violent death of women and femicide will be presented with the intention of continuing the discussion on the relationship between public policy, geography, and violence against women.