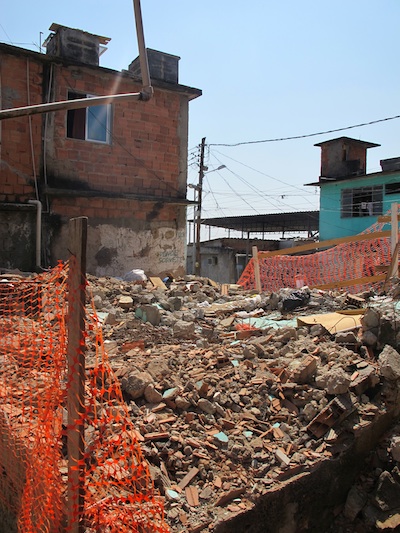 Did you know the oldest favela in Brazil is being destroyed?

Since 2009, Rio’s Port Region has been transformed into a massive construction site by the contractors OAS, Carioca, and Odebrecht. Together these companies have invaded the region with three projects: First, the “Marvellous Port” project – a ‘revitalization’ project coordinated by the Company for Port District Urban Development (CDURP), and financed by public money (FGTS) and by the sale of public land in the region, where 70% of the land is public; Second is the “Morar Carioca” upgrading project in Morro da Providência, which is run by the Municipal Housing Secretary at an estimated cost of R$119 million; Third, the “Olympic Port” project, which is one of the city’s major urban beautification interventions for the Olympic Games of 2016.

Yet long before any of these projects, Morro da Providência already existed in the Port Region. According to historians, it is the oldest favela in Brazil, inhabited for over 110 years. It’s part of our Brazilian heritage, a link to Afro-Brazilian culture, and is the birthplace of the first samba schools such as the “Vizinha Faladeira,” and of the first pagode music groups such as the “Conjunto Nosso Samba!”

OUR HISTORY IS IN DANGER 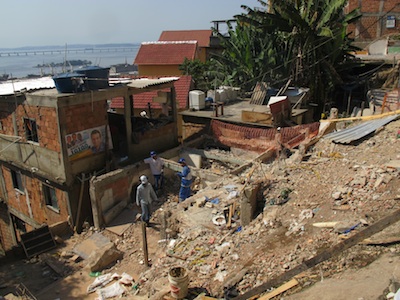 Construction and more construction, planned by the big real estate and tourism entrepreneurs, is destroying our memories, our history, our entire lives. The mainstream press doesn’t report that the construction of the funicular tram and overhead cable car in Providência are being implemented from the top down, without any kind of community participation, and without any technical study proving the necessity of these modes of transport. Will they really be used? We already know that the cable car in Complexo de Alemão is underused and that it doesn’t meet residents’ needs.

The media has also failed to report that the upgrading program Morar Carioca calls for the removal of 832 houses from Providência. These houses have already been criminally spray-painted for removal by the Municipal Housing Secretary, and unfortunately some have already been removed, under the argument that 317 of the houses are blocking construction, and that 515 of them are in geologically risky areas (we have a counter-report proving that in Providência the great majority of houses are NOT in areas of risk).  City Hall is terrorizing residents and offering 400 reais in subsidized rent – which isn’t enough to pay for any house worth living in; or an assisted housing purchase, which is also a robbery; or a flat compensation out of touch with the reality of the market. (See report, in Portuguese, from O Povo newspaper)

According to the “Morar Carioca Project General Urbanization Plan,” the number of residential units to be built over two years is less than the number of removals. There are only 639 units in the plans. 58 units at Rua Ladeira do Farias 91; 20 on Ladeira do Barroso; 4 in the historic downtown; 131 on Nabuco de Freitas; 77 at Cardoso Marinho 68; 349 at Aldomaro Costa 83. That would be a shortage of 193 houses, if a single family lived in each unit; however, in this community most households contain more than one family – families that have built their homes over many years, with a lot of hard work, and don’t want to leave!

For the construction of the cable car they robbed us of our only recreational space – Américo Brum Square. For the construction of a road that will connect the cable car to the Port neighborhood, several families in the “Toca” area have already been stripped of their homes with very little compensation. For the construction of a sports center – which they also didn’t ask our opinion about – the area known as AP on Ladeira do Farias was demolished and nearly 60 families were evicted overnight. In this case, the City demolished houses with people still in them. One resident has stayed in her building and is resisting all types of pressure, forcing the city to suspend construction of the sports complex. She has lived in AP for 35 years and holds ownership rights on that property. Our Right to Housing is not being respected! 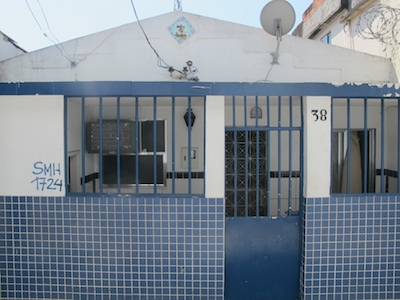 Furthermore, we have lived day after day among the debris, holes, garbage; harassed by the noise of construction equipment that doesn’t even stop at night, and prevented from taking Ladeira do Barroso, which was one of the only roads between Providência and the Central Train Station. We feel the environmental impact in our skin, yet the construction was authorized without an Environmental Impact Study. The impact on neighborhood life was not taken into consideration either. Some people who have already left the community have not been able to find schools for their children, and they are far from relatives and friends. Rents have increased. Before long we won’t be able to pay.

We want the people of the city of Rio de Janeiro to know that the residents of Providência are not squatters and are not against urbanization! 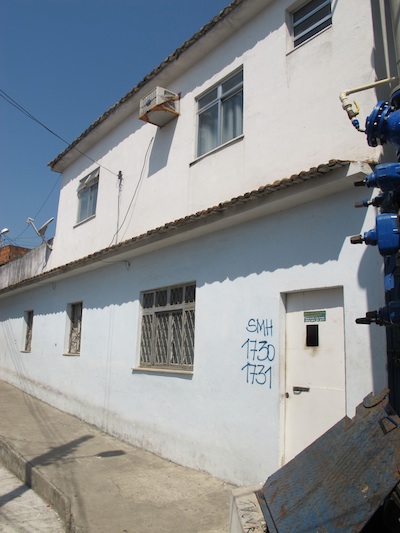 We are men and women who live here because we have a history here, and we need to survive. Most residents have been here for more than 20 years. Our entire life is here, our children’s lives, our grandchildren’s. Everything is nearby: school, hospitals, work, the market, recreation, etc. We believe the City government is largely responsible for all this trouble, and we are coming together to guarantee that no more houses will be torn down, and that the improvements will actually benefit us.

In conclusion, the social legacy we want from the 2014 World Cup and the 2016 Olympics is the continuity of Morro da Providência and the guarantee that we too can live in this marvellous city. We ask the people of Rio to help us spread the word about what is happening in our city.