For the original article in Portuguese by Alba Valéria Mendonça published in G1, click here.

In the context of contemporary Brazil where President Bolsonaro has acted to reduce references to Afro- and indigenous Brazilian historical figures in textbooks, it was a very big deal last week when the Mangueira samba school was crowned the winner of Rio’s 2019 Carnaval with a theme that highlighted the ‘other side’ of Brazil’s history. Historical and present-day figures were featured in the samba parade titled ‘A Bedtime Story for Grown-Ups.’

The Estação Primeira de Mangueira samba school [of the Mangueira favela in Rio de Janeiro’s North Zone] was crowned the winner of Rio de Janeiro’s 2019 carnival with the samba titled “A Bedtime Story for Grown-Ups” by creative director Leandro Viera, paying homage to important figures in Brazil’s history who are hardly mentioned in the country’s history books. 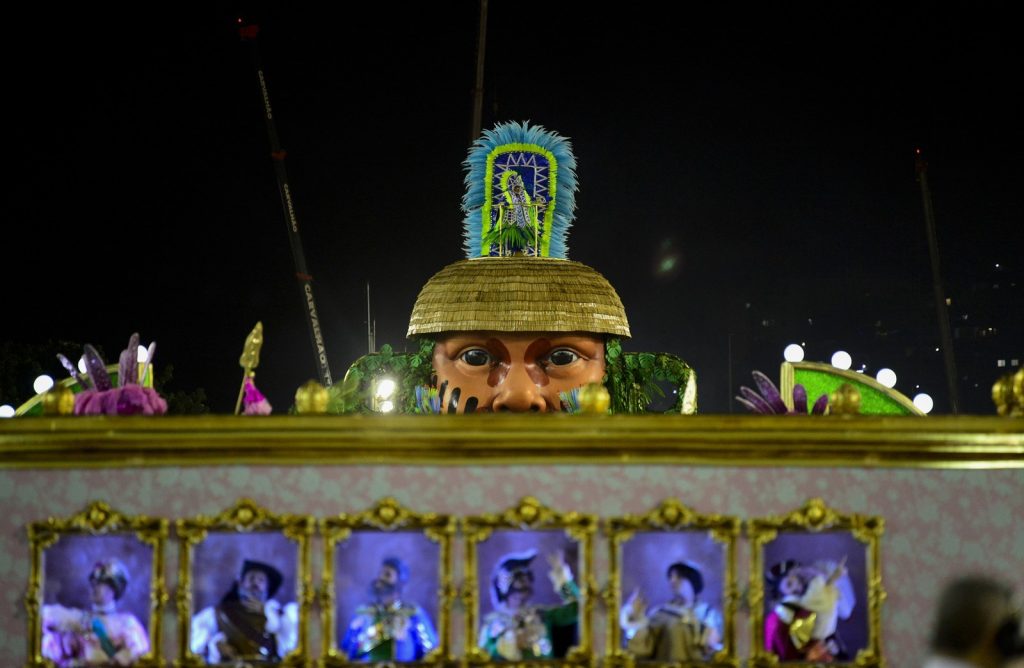 Check out the historical and contemporary figures referenced in Mangueira’s samba parade. The theme song by Deivid Domênico, Tomaz Miranda, Mama, Marcio Bola, Ronie Oliveira, and Danilo Firmino was selected in October 2018, receiving a score of ten from each judge.

Leci Brandão is a singer, songwriter, and politician. Brandão was the first woman to join Mangueira’s group of composers and is one of the greatest advocates of samba to this day.

José Bispo Clementino dos Santos, a cobbler and newspaper vendor, became known as “Jamelão” after he began interpreting Mangueira’s sambas in 1949, becoming the school’s lead singer from 1952 to 2006. He passed away in 2008.

Dandara was married to Zumbi dos Palmares and was part of the largest community of fugitive slaves in the country. When captured in 1694, she threw herself into a quarry to avoid being re-enslaved. She had three children with Zumbi.

Aqualtune was an African princess, the daughter of a Congolese king who was enslaved and brought to Brazil. The mother of Ganga Zumba and grandmother of Zumbi, she had political, organizational, and strategic knowledge of war and played a fundamental role in the creation of a black state, the Palmares Republic.

Cariri were diverse indigenous ethnic groups that occupied a large area in the Northeast of Brazil. They organized themselves into a confederation and were called barbarians.

Cunhambebe was a Tupinambá indigenous leader who, in the 16th century, led the Tamoios Confederation—an indigenous revolt against the Portuguese settlers between 1554 and 1567.

Caboclos de Julho were forces that expelled the Portuguese troops, establishing the independence of the state of Bahia on July 2, 1823.

“Dragão do Mar de Aracati” and “Chico da Matilde” are nicknames for Francisco José do Nascimento, a man who achieved liberation for slaves in the Northeastern state of Ceará four years before the signing of Lei Áurea, the law that abolished slavery in Brazil.

Sepé Tiaraju was a Brazilian indigenous warrior, considered to be a people’s saint and declared a “Guarani hero and missionary of Rio Grande do Sul” by law. An indigenous chief to the peoples of the Seven Missions, he led a rebellion against the Treaty of Madrid, which ordered their removal from the region.

Luísa Mahin was a former slave born in Africa who took part in organizing slave revolts and uprisings such as the Malê Revolt in Bahia in the first decades of the 19th century.

Malê was a term used in Brazil in the 19th century for black Muslims who could read and write Arabic. They are known for the Malê Revolt, which took place in 1835 in Bahia, in Brazil’s Northeast.

José Piolho was the leader of Quilombo do Piolho, in the state of Mato Grosso, which in the second half of the 18th century brought together blacks born in both Africa and Brazil, indigenous peoples, whites, and cafuzos (mixed race individuals born of black and indigenous parents). 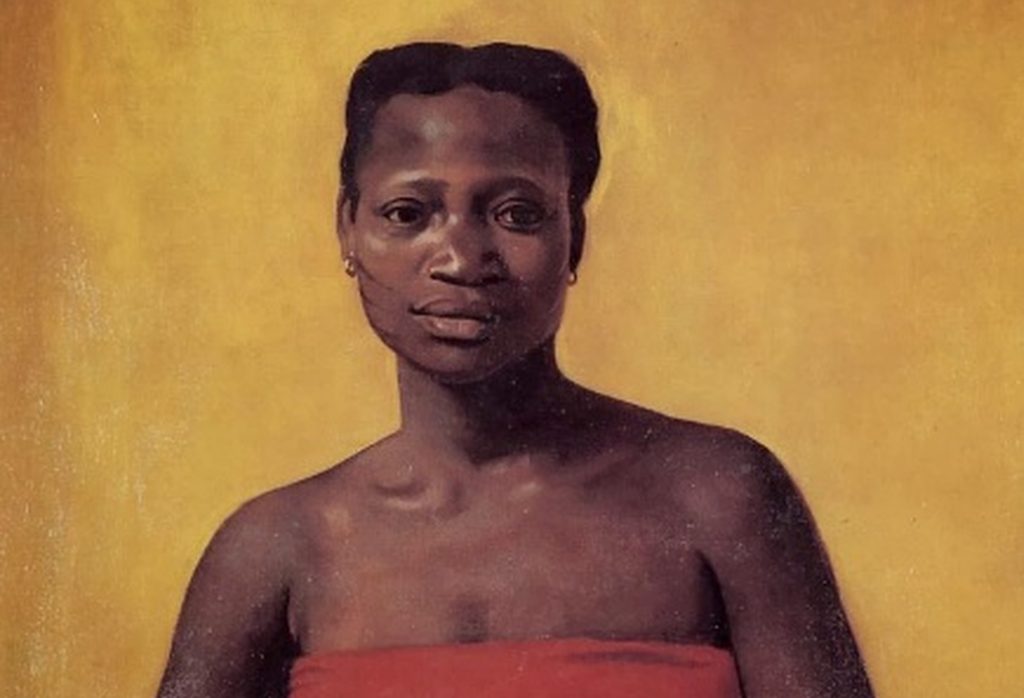 Tereza de Benguela is the wife of José Piolho. She became the queen of Quilombo Quariterê after her husband’s death. Under her leadership, the black and indigenous community resisted slavery for twenty years, surviving until 1770 when the quilombo was destroyed.

Esperança Garcia is regarded as the first female black female lawyer in Piauí, in Brazil’s Northeast. In 1770, Garcia sent a petition to Gonçalo Lourenço Botelho de Castro, president of the Province of São José do Piauí at the time, denouncing maltreatment and physical abuse against her and her son at the hands of the farm supervisor where she was held captive.

Manoel Congo was the leader of the largest slave rebellion in the Paraíba Valley (in the present-day state of São Paulo). The revolt occurred in the town of Paty do Alferes, south of Rio de Janeiro. Congo was captured and hanged in 1838.

Mariana Crioula was a slave born in Brazil. She was a seamstress and maid to the wife of Captain-General Manuel Francisco Xavier. She was described as a “black pet” and as one of their most docile and reliable slaves. She joined Manoel Congo in an escape of about 300 slaves. She was put on trial and after being acquitted she was forced to attend Manoel Congo’s public execution.

Acotirene would have been the first person to reach Quilombo dos Palmares before Ganga Zumba took over. He advised the first black refugees at Cerca Real dos Macacos in Serra da Barriga (in the Northeastern state of Alagoas). 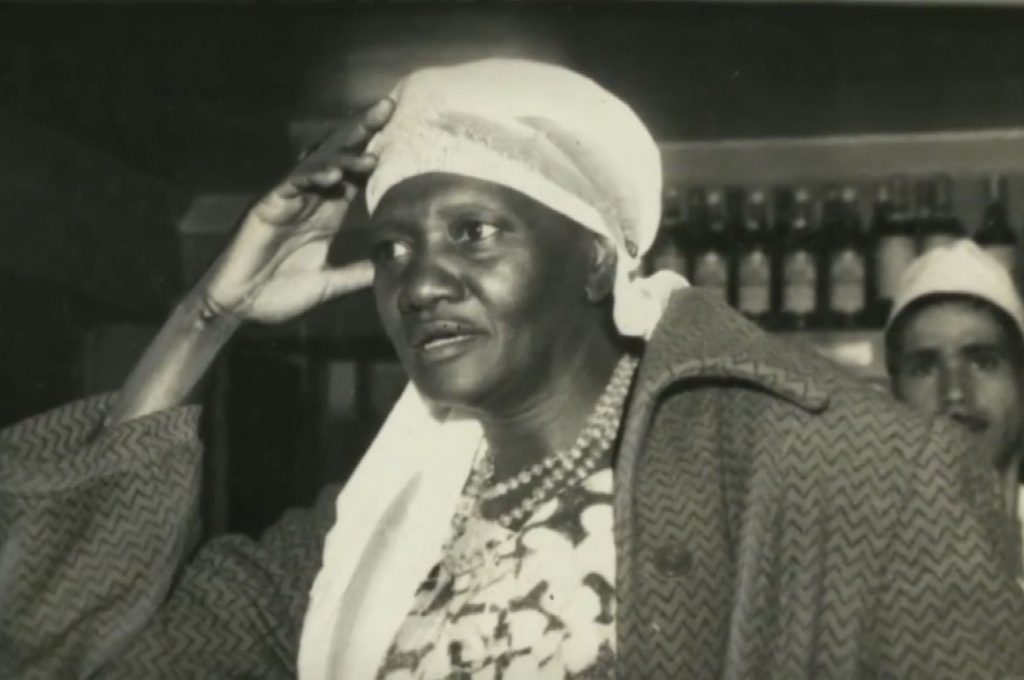 Carolina Maria de Jesus was a Brazilian writer known for her book Child of the Dark, originally published in 1960. She is considered one of the first and most important black female writers in Brazil. 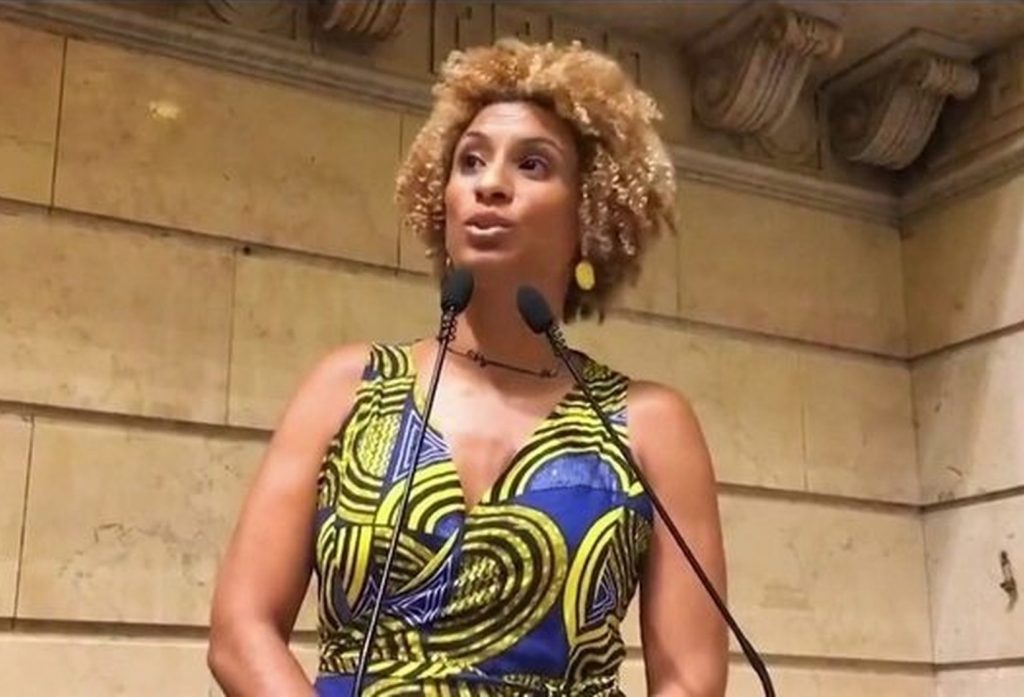 Marielle Franco was born in Maré, a favela in Rio’s North Zone. She graduated and was elected as a city councilor for the Socialism and Liberty Party (PSOL) in 2016. A fighter, Marielle defended the causes of women, black people, and favela residents. Marielle was assassinated on March 14, 2018.