On March 5, the first case of Covid-19 was confirmed in the state of Rio de Janeiro. Almost five months later, the real impact of the illness on the metropolitan region’s favelas is still unknown, and hundreds of thousands of residents are not receiving the necessary attention from public authorities.

In Rio das Pedras, in the city’s West Zone, a survey by the city government carried out in partnership with pollster Ibope found that within the survey sample, one in every four tested positive for the new coronavirus. With over 140,000 residents, this would be equivalent to 35,000 infected people. However, the same survey found a case fatality rate of 0.2% in Rio das Pedras, which would correspond to 70 deaths.

In the meantime, reports from local community leaders reveal that the situation is far more serious than the official figures show. Local leaders and activists are fighting a triple battle: the first against Covid-19, the second against the economic consequences which are worsened by the government’s negligence, and the third against the misinformation and fake news that has spread through social media and WhatsApp groups.

On July 22, the Peripheral Connections Collective (Coletivo Conexões Periféricas) organized an interactive online event with local community leaders and representatives from organizations active in Rio das Pedras entitled “The Impacts of Covid-19 in Rio das Pedras: What To Do? Confront It or Hide It?” The discussion was moderated by Douglas Heliodoro, a teacher in the Niterói Municipal School System and founding member of the collective, and included Érika Alves, founder and manager of the community organization SocialBit; Felipe Zagnoli, creator of the social project Corrente do Bem; Léu Oliveira, founder of the cultural movement Cine & Rock; Paula Barbosa, a master’s student in public health at Brazil’s national health institute, Fundação Oswaldo Cruz (Fiocruz); Welersson Menezes, a community health worker at the Helena Bessermam Viana Family Health Clinic; and Vânia Rocha, from the social project Sowing Seeds of Love (Semeando Amor). 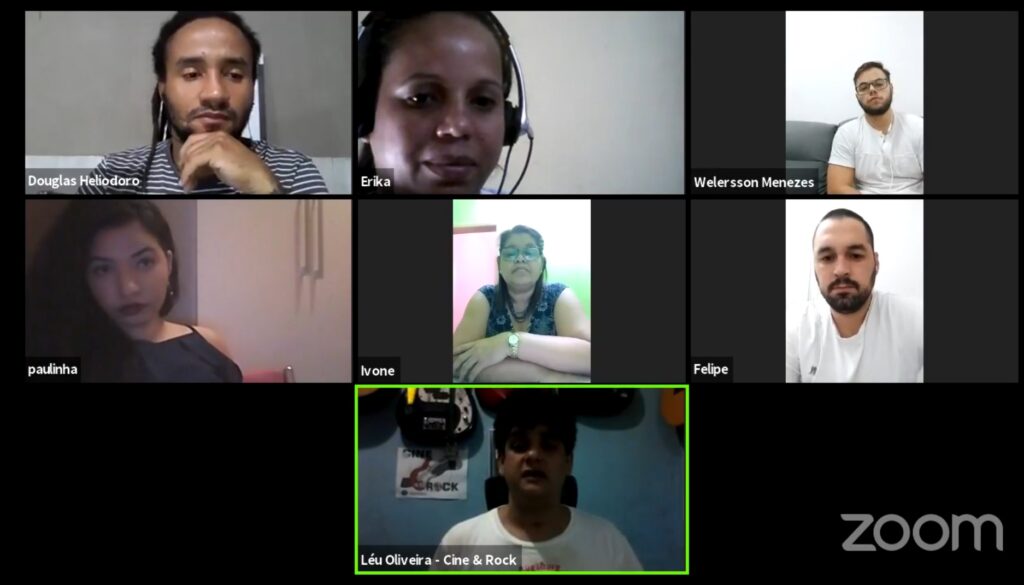 Heliodoro began the discussion by lamenting that much of the population has gotten used to and normalized the Covid-19 pandemic, even in the face of the deaths caused by the illness. He also highlighted inequality of access to hospitals and medical care, and added that “favela spaces have very bad media coverage, especially where violence is concerned. We have this stigma impacting the entire favela territory. There is this sensationalism which was exposed in the RioOnWatch article ‘7 Mistakes Made by Journalists Covering Coronavirus in Favelas.‘ The media romanticizes confinement as if everyone has the same structure and comforts. We know that the majority of houses in favelas are not always that comfortable, nor are they always large enough,” he pointed out.

On Monday, August 3, the Rio de Janeiro city health department began its third stage of rapid testing in favelas, and there will be another survey conducted by sampling in Rio das Pedras. Local leaders argue that this work is not being translated into public policy, or even into a true count of the number of deaths. According to Oliveira, “The state does not fulfill its role of establishing the cause of death as Covid-19. They say that no one died of Covid in Rio das Pedras, but just in my area there were 20 people [who died], people with whom I coexisted,” he lamented.

Though so populous, the favela of Rio das Pedras is technically counted as part of the larger, wealthier neighborhood of Itanhangá, so its official numbers are accounted for there, meaning there are insufficient data about the community itself. Up until August 4, there had been 43 deaths counted in Itanhangá on the city government’s official Covid-19 Dashboard.

The situation is made worse by the lack of adequate basic infrastructure in Rio das Pedras. Barbosa, a public health specialist, mentioned one of the main problems: “Basic sanitation is almost nonexistent in Rio das Pedras. We’ve been in this same situation for years. We don’t have the power of the state here.” 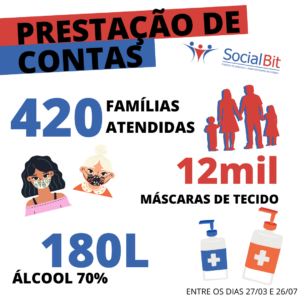 Due to these challenges, local leaders have had to change the routine of their groups to meet the demand for basic foodstuffs and essential hygiene products. “Since March we’ve already attended to more than 400 families, and each delivery is full of tears and conversations. More than 80% of them reported that people close to them had had Covid symptoms and that someone at home had fallen ill. Here in the favela, the virus has already reached lots of people,” Alves, of SocialBit, explained. She added, “Even with all the social projects we can’t handle it. What we do is minimize the impact. These are issues that long predate the pandemic: lack of housing, basic sanitation, etc.”

Zagnoli, from Corrente do Bem, said that his group paused its normal activities with children to focus on the distribution of basic foodstuffs to families who had lost their jobs. However, the organization has also run into difficulties. “We had to take a step back after the first action, because a few people became infected with Covid-19. With our work, we’re lessening the load that the government and the state should be taking on. We’re not heroes. We shouldn’t be doing this work.”

“It’s not just the work of basic foodstuffs, we’re also dealing with people who need affection. Sometimes, the women you see are in need of a hug, of close contact,” Rocha explained. She’s been leading the Planting Love social project for 17 years, and reiterated: “We can’t let the favela community die of hunger at home, that’s why we go out and do our bit.”

Reports in recent months have shown that many Rio residents do not follow guidelines on isolation and basic protection measures, such as physical distancing and the use of masks. This happens all over the city, even with reports of crowds and parties. Speaking on the issue of individual accountability during the pandemic, Heliodoro said, “everyone has a share of responsibility, but we also know that there is a lack of scientific education in health to prepare people for this type of situation that we’re living through.”

He added, “We notice the absence of a mass education campaign. The federal government and the municipalities haven’t spoken about precautions.” On this issue, Britta, the journalist, explained the importance of community journalism: “Our role is to raise awareness and inform, inside and outside the community. We have to present the real situation, things that newspapers don’t do in depth.”

Menezes, who works in the Rio das Pedras Family Health Clinic, stresses the importance of having conversations on scientific facts with residents in a simple and clear manner: “We believe that our greatest power is to inform, to plant the small seed that becomes a multiplier both inside and outside the home.”

How do we inform the local population? Do we know how to speak to and communicate with them? These are some of the questions raised by Barbosa. “We have a serious biological threat, but we have a bigger risk in Brazil, which is the lack of information, the lack of public policies targeting the most vulnerable population. Many people are receiving fake news via WhatsApp, they do not believe in science. Brazil is in a phase of transformation of the truth, and people are simply believing what their neighbor said, or what their church group passed on.”

The Path for the Future

At the end of the event, the participants spoke about other solutions that are being put into practice to alleviate the consequences of the new coronavirus. Heliodoro noted, “We’re creating action networks and undertaking surveys in an organized manner, one of them through a link and a form sent once a month to the residents of Rio das Pedras.” Another initiative is the Covid-19 in Favelas Unified Dashboard, a project conceived of by Catalytic Communities* with partner institutions. “Now is not the moment to hide data. We need the data to direct actions of assistance and to put pressure on public authorities, so that they take action in these spaces,” he stressed.

“People need to be more aware. It’s difficult to leave your home and see people wandering around, drinking and chatting without a mask while 90,000 people have died. We’re normalizing these deaths. These dead have a race and an address, and sadly, they are generally poor, black people from the favelas,” Barbosa concluded.

* Catalytic Communities (CatComm) is the NGO that publishes RioOnWatch