During the last elections, on the day before we voted, I handed my parents a piece of paper with the numbers of the candidates for whom they should vote. The cheat sheet came at their own request. My mother even passed hers on to my sister, nine years older than me. In our family, I am the only person to have accessed higher education. The fact that I have more years of formal education, in their view, enables me to understand things they say they don’t understand. Among these is politics.

My family members’ lack of interest in politics is fueled not only by poor explanations of events and difficult words but also by accumulated frustration, election after election. At 62, my mother is skeptical of the electoral process and decided not to vote this year. She prefers to say that she is unable to vote at her registered location [such justification is required in order to not vote in Brazil, where voting is mandatory].

The rejection of the elections does not, however, translate into a withdrawal from politics. “Did you see?” She starts conversations this way. Very active on social networks, my mother follows the events of national politics and always brings up issues related to politics with me. She wants to know my opinion and, more than that, she seems to want to know what my assessment is of her opinion. If we agree, she speaks more. If we disagree, she stops, asks questions, and listens. A natural and subtle process in our daily lives.

“I believe that information today is more easily available, so when they ask me something, I’m not sure if it’s for them to understand, but I see that my opinion is important [to them]. They always ask for my opinion on the subject,” evaluates Raphael Fernandes, 26. He lives with his mother, stepfather, and two brothers in Vila Cruzeiro, in the neighborhood of Penha in Rio’s North Zone. 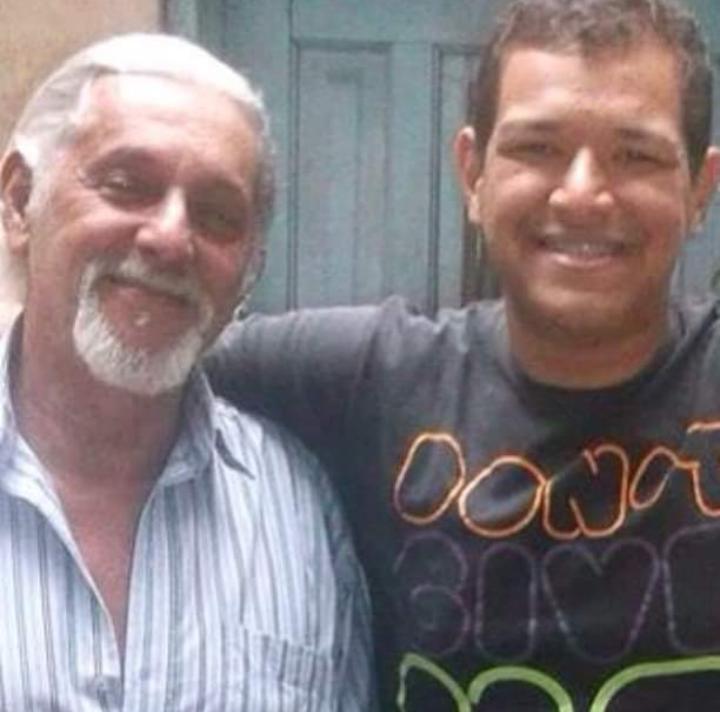 Fernandes’ interest in politics began with his grandparents, who raised him in an environment where politics was a matter to be discussed, pondered, and learned. At 16, he registered and voted for the first time, an election that ended with the victory of Dilma Rousseff for president. In the first election in which he participated, his candidate was elected. If in the beginning the political tendencies of his grandfather, an open supporter of the Workers’ Party (PT), may have influenced him, years later, this space of influence began to be occupied by him, himself.

“When Dilma ran for a second term, he [Frenandes’ grandfather] was not sure who to vote for. He was a little discouraged and did not know if he wanted the PT again. We had some conversations about it at the time,” remembers Fernandes. His grandfather ended up opting to maintain his support for Rousseff that year. “Today, I see that my family always asks who I’m going to vote for, and why I’m going to vote for that person… They are people who don’t have the habit of researching candidates a lot. Lots of the time, they go by what they hear, and what the candidate says on television, but they are not in the habit of researching and trying to find out which would best suit their reality,” explains the psychology student.

At the home of 26-year-old Maiara Santos, the scenario is a little different. There is not much interest in research and even less in watching political ads on TV. “My mother always says the same thing: I am tired of being fooled,” she says. However, in the last elections in 2018, the movement around the candidates’ proposals was more intense. “My father had died that same year because of medical negligence. He was treated in the public health system. So when we saw the absurdities of some candidates, the revolt was even greater. I noticed my mother got much more involved in the issues that I raised,” remembers Santos.

She and her sister were the first in the family to access higher education. It was at university that Santos started to become interested in politics. She gained contact with realities and information of which she had known very little until that point. Studying journalism at a public institution in the Baixada Fluminense brought the young woman closer to everyday politics, going beyond candidates and parties. “From this immersion, I was able to see what it was like to not only talk about politics, but to be a political being. This was reflected directly in what I published on social media, and in my conversations at home when we talked about racism, social inequality, and sexism,” she remembers. 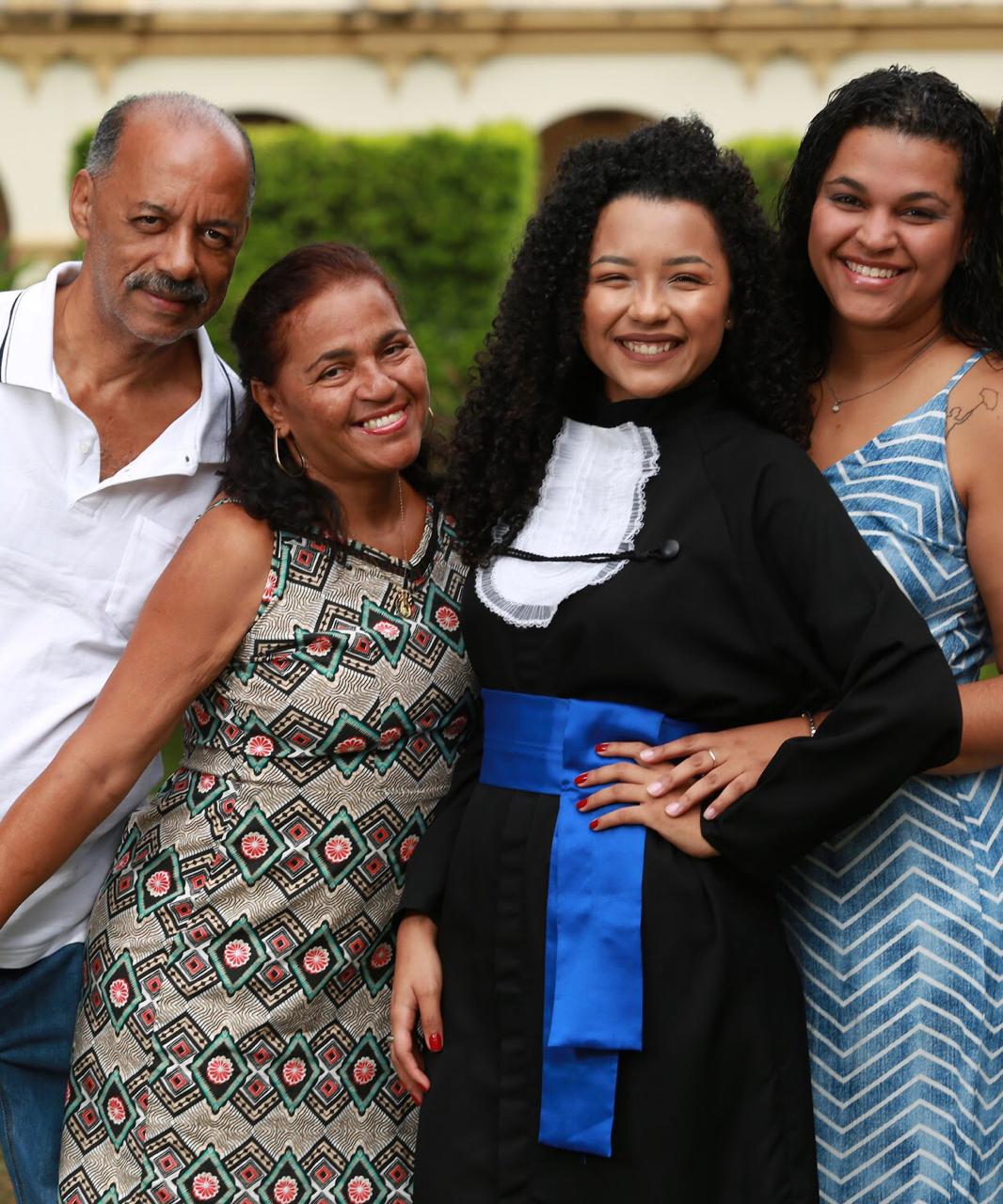 Bringing the discussions and knowledge that she started to access at the university into her home is, in Santos’s view, was a way to repay her parents’ effort in her education. The journalist’s father stopped studying during high school and her mother only completed elementary school. Santos currently lives with her mother in Santa Cruz in Rio’s West Zone. “Usually, with everything she doesn’t understand, she either asks me or lets it go and says she doesn’t have a head for it,” explains Santos. “She still has a hard time understanding what is correct in terms of racist or LGBTQphobic terms, for example. It is an almost daily struggle to deal with these things.”

The clash over identity struggles is an everyday issue in the life of Fernandes, who lives in Vila Cruzeiro. The dialogue with his father’s family is more difficult, he says, due to their more conservative positions: “They understand everything I say, but they are people who have more difficulty in dealing with some issues.” His mother’s family, especially the nuclear family, has political positions closer to his and is more willing to listen and learn.

“I’m gay. So, here at home you have this understanding of what the LGBTQ+ movement is, of the importance of not hiding from the world that you have a gay son, of you knowing that there is a person in your home who will make the issue surface… in my house this is something that is already quite deconstructed. My mother may not understand what the movement itself is, but she acts on behalf of the cause,” explains the psychology student.

A survey carried out on the eve of the last elections tried to understand what role young people play in politics, especially with regard to shaping opinions in their families and communities. The study, from the Data Popular Institute, revealed that young people between 16 and 33 years old have gained greater power in family decisions, including in choices about votes.

Among the factors mentioned to explain this phenomenon, higher education levels stand out; that is, young people today have had more opportunities to study than their parents. This leads to the second topic: many start to make significant contributions to or even become the sole source of family income. Finally, another factor is high familiarity with the Internet and its tools, which offer more possibilities for research, for getting to know other realities and, above all, for making oneself heard.

The fact that they grew up with the constant presence of cell phones and the internet makes these young people more skilled in the use of tools and, above all, more attentive to changes in public opinion and in society’s general behavior. They become points of reference when these “updates” of thought enter the scene. “We talk a lot on a daily basis about why some phrases, situations, or ways of presenting oneself ends up being homophobic or racist, for example. Why some terms or attitudes are prejudiced even if people do not perceive them or intend them to be so,” explains Fernandes.

The survey also found that young people are very pessimistic about party politics. Six out of ten people aged 16 to 33 believe that the country would be better off if it had no political parties. However, 80% of the participants in the study recognize the importance of politics in their daily lives, and 70% of them believe that voting can make a difference in the country. This indicates that despite the disbelief in current political actors and institutions, there is some hope in the democratic process.

Interested in the topic, young people usually carry out advance research about candidates, their proposals, and the responsibilities that they would perform. They talk about this openly with family, friends, and neighbors, and can be influential at the time of decision-making. “I always make it very clear who [my candidates] are and my mother follows my lead. When I’m making the cheat sheet, she always asks me for the candidate numbers, either because she doesn’t remember them or because she doesn’t know who to vote for and goes with my view. I am sure she will arrive on the eve of this next elections and ask me the number of who I will vote for as city councilor,” observes Santos.

Jaqueline Suarez is a journalist and master’s student at the Fluminense Federal University (UFF). She is also a community journalist and independent documentary filmmaker. She lives in the favela of Fallet, in Santa Teresa, Central Zone of Rio.