Still About the Artist Poze: “I’m Free. The Favela Won”

In an interview for TV Record, Poze speaks about his career and how he feels about being accused of involvement with the drug trade. “Everything [I’ve done] was [achieved] alone. I had a hard time at the beginning, but I was always alone looking for a show to do here, a show to do there, and thank God I managed to conquer the world with the talent that I have. But everyone can see that I don’t have any involvement whatsoever… I have my family, and I live in peace nowadays… I travel all over Brazil, doing shows and it’s clear to see that I have no link with drug trafficking.”

When asked about what went through his head when he was indicted, the MC said, “We have a family and our family suffers when a news story comes out that totally contradicts [reality].” MC Poze, to whom the Rio de Janeiro Court of Justice issued an arrest warrant on July 6, 2020, was put on the state’s wanted list and went on to be considered a fugitive of justice. Until the warrant was revoked on July 14, 2020, that is. According to the G1 news portal, the artist gave thanks on one of his social media accounts for the decision: “Everything worked out. Thank you Father in Heaven. I’m free. The Favela won.” 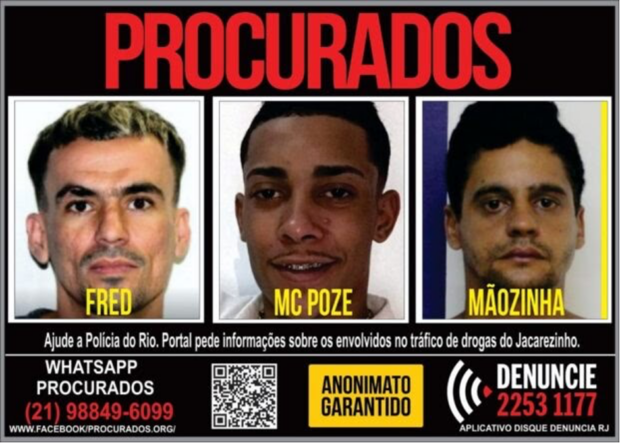 In another part of the interview, the singer finishes by saying, “When I was a favela resident… [we] were around this kind of thing constantly, so all we did was sing about what we saw with our own eyes.” And he concluded, “My defense [lawyer] is chasing this… because I certainly have nothing to do with any of this… This is going to turn into music!” On October 16, 2020, it did in fact become a song. The name of the funk song is the same as the online campaign #mcnãoébandido (#MCsAreNotThugs), asking for the freedom of MC Poze and other imprisoned MCs, such as MC Pelé Johnson, on the run since 2016 and arrested in September 2020, also under the accusation of glorifying the drug trade.

The Constant Stigmatization of Realistic Narratives in Black Music

The singer says that, when he was a favela resident, he saw everything he describes in his song lyrics. Meanwhile, for the past 30 years, the Brazilian judiciary has been claiming that funk culture—and of other black and favela cultural productions—is tied to illegal activities, mostly through the “glorification of the drug trade” or through “association with drug trafficking.” Following this line of questioning, on TV talk show Roda Viva aired on July 27, 2020, rapper Emicida was asked if rap was complicit with organized crime. The question could easily have been asked about funk, as it was focused on the cultural production of favelas. According to journalist Vera Magalhães, the issue comes up frequently on the program’s Twitter feed claiming that rap “stops short of making as tough a criticism of organized crime as it does, for example, of the police or the State.”

Responding to this, the singer said:

The constant stigmatization and criminalization of black music pervades all the rhythms of black culture in the diaspora. Whether it happens with spirituals and jazz, or with samba, jongo, capoeira, the music of Afro-Brazilian terreiros (places of worship), funk or rap. A century-old case of this criminalization of black culture is that of João Machado Guedes (1887-1974), known as João da Baiana. A great percussionist, in 1908, the samba musician had his musical instrument, the pandeiro (a hand frame drum similar to the tambourine), broken apart by the police at a festival at the Church of Penha, in the Rio suburb of the same name.

100 years later, this logic is not outdated. It has been used increasingly as a tool by the Brazilian State, placing cultural activities in illegality and imprisoning artists. In the image of what was done with samba, structural racism sets the tone. As OAB-RJ‘s (Brazilian Bar Association, Rio de Janeiro Chapter) Committee for the Defense of the Democratic State of Law indicates at the end of its report: “resigning ourselves to living harmoniously with condemnations like Rennan da Penha’s would lead us to the uncomfortable acknowledgment that the presumption of innocence is the privilege of a few.”

Get to Know the Criminalized Artists Mentioned in this Article

MC RÔMULO COSTA – Born in Cuiabá, Mato Grosso, the organizer of funk balls, a host of shows and of TV programs, and one of the founders of Furacão 2000, was imprisoned in November 2000 for alleged involvement in drug trafficking in Morro do Chapadão, Costa Barros, Rio de Janeiro. He was acquitted due to lack of evidence.

MC SAPÃO – Born and raised in Complexo do Alemão, he was jailed for association with the drug traffic in 1999, spending eight months in prison. 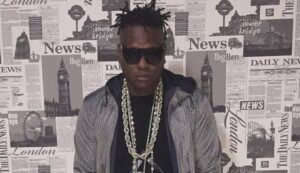 MC COLIBRI – Born and raised in Serrinha, he was accused of association with the drug trade. He was imprisoned from 2006 to 2009.

MC FRANK – Born and raised in Complexo do Alemão, the MC was indicted and arrested for months in 2010 for glorifying the drug traffic. He was freed by Brazil’s Supreme Court (STJ) for lack of evidence.

MC SMITH – Born and raised in Complexo do Alemão, he was indicted and arrested in 2010 for glorifying the drug traffic. He was freed by Brazil’s Supreme Court (STJ) for lack of evidence.

MC TIKÃO – Born and raised in Vila Kennedy, he was indicted and arrested in 2010 for glorifying the drug traffic. He was released by Brazil’s Supreme Court (STJ) for lack of evidence.

Tweet: And the beast is back, in great style #ItWasNeverLuckItWasAlwaysGod

MC MAX – Born and raised in Complexo do Alemão, he was indicted and arrested in 2010 for glorifying the drug traffic. He was released by Brazil’s Supreme Court (STJ) for lack of evidence.

MC DIDO – Born and raised in Morro do Borel, he was indicted and arrested for association with the drug traffic, for glorifying the traffic and for conspiracy; at another moment, he was detained for drug possession by Borel’s Pacifying Police Unit (UPP).

DJ IASMIN TURBININHA – Born and raised in Mangueira, she was called to testify in a Civil Police investigation about her purported relation to the Comando Vermelho (Red Command) drug trafficking faction of Nova Holanda, in Complexo da Maré, thanks to an edition of the Nova Holanda funk ball which she did not even attend, despite having been announced as one of the attractions.

DJ POLYVOX – Born and raised in Maré, he was called to testify in a Civil Police investigation about the alleged connection between the Comando Vermelho and the funk ball of Nova Holanda, in Complexo da Maré and the DJ’s connection with the faction.

MC PELÉ JOHNSON – Born and raised in Pavão-Pavãozinho, he was considered a fugitive of justice from 2016 until he was arrested in September 2020, also under the accusation of glorifying the drug traffic.

MC GALO – Born and raised in Rocinha, he was arrested in 2010 after being considered a fugitive of justice for 11 years, since 1999, when a warrant was issued for his arrest for association with the drug traffic, incitement of crime and glorification of drugs.

MC CABELINHO – Born and raised in Nova Holanda, in Maré, he was summoned to testify on October 29, 2020 for allegedly glorifying the drug trade. The MC denies this allegation and points to racism as the basis for the police inquiry. The MC produces fictional artistic works.

MC MANEIRINHO – Born and raised in Morro do Serrão, Niterói, he was summoned to testify on October 29, 2020 for allegedly glorifying the drug trade.

DJ RENNAN DA PENHA – Born and raised in Complexo da Penha, the DJ was indicted and arrested for acting in a criminal organization as a scout or, according to the judiciary, for reporting the movement of the police in the Penha favela on social media. He was released after months in prison, days after the Supreme Court ruled to revoke his second instance arrest.

MC POZE – Born and raised in the Rollas favela, he was indicted and arrested in the state of Mato Grosso for drug trafficking, organized crime, association with the drug trade, incitement of crime, glorification of crime, corruption of minors and supplying alcoholic beverages to minors, in 2019. He was freed due to lack of evidence. In Rio de Janeiro, he was considered a fugitive of the law after having an arrest warrant issued for glorification of the drug trade, in 2020. For now, he is free, pending trial.

Ingra Maciel, a resident of Acari, is 28 years old and has a history degree from the Federal University of Rio de Janeiro (UFRJ) and a postgraduate certificate in teaching the history of Africa from Colégio Pedro II. She is currently a research assistant at UFRJ’s Medialab. During her undergraduate degree she developed her research on the criminalization of carioca funk and its process of resistance, and she is currently studying carioca funk from a pedagogical perspective.